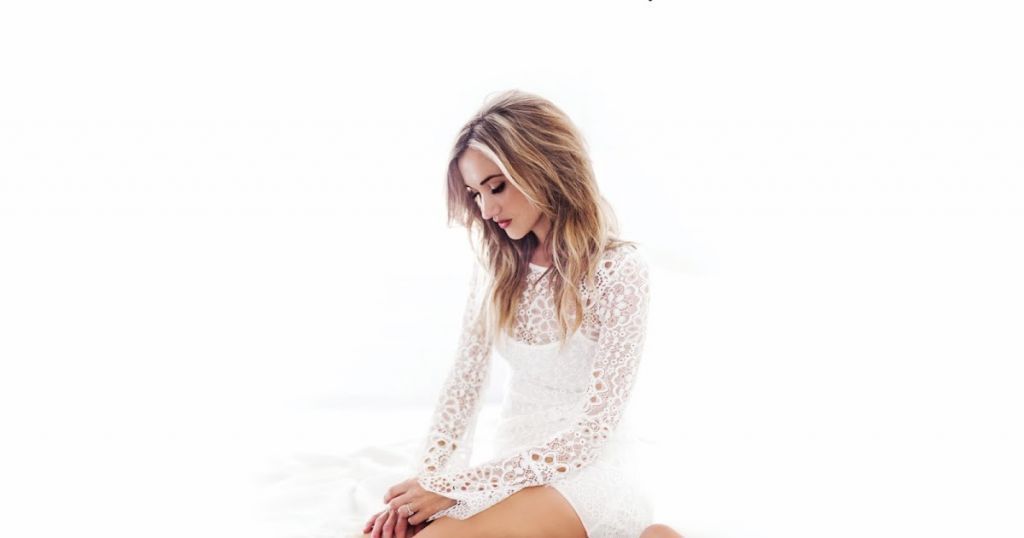 So to set the scene, where are you at the moment?

I’m in sunny Nashville drinking a cup of tea and eating macarons! Thank you for having me!

Although you are a familiar artist on the American country music scene ( over 80 Opry appearances I see, wow! ) you may well be a relatively new name and face to many here in the UK.

What sort of reaction have you got so far from UK country fans, at shows such as last year’s C2C and the “in the round” songwriter’s concerts you’ve played recently? Other US artists comment on how attentive we are here, was that your experience?

I realized recently that I have only been playing in the UK for less than a year. I came over last March to play for the first time at C2C and I was blown away by the amazing fans that I met. I feel an appreciation for my music. I just recently played during Christmas at the Troubadour, and everyone was singing back the words to my songs. For me, there is nothing greater. Now that I’ve played several shows across the pond, I will be back often! I feel a love for what I do and the stories I’m sharing.

You have strong links to the UK now as your husband is British, so the resurgence in popularity of country music here in recent years ( and the fact that UK country acts such as Ward Thomas, who you opened for on their recent tour, are getting such major exposure) must excite you?

I love that country music is becoming popular in the UK! Even though I’ve been singing country music for a while, it feels shiny and new again. Opening for Ward Thomas really opened a lot of doors for me. The girls had just gone number one with their album Cartwheels, and I got to open for them! Lucky me I would say. I feel like I made so many amazing fans on that tour, and I also did a session with legend Bob Harris. It’s been a great year!

Some of the songs you’ve been playing live here are from your forthcoming new album “Dream Country”, which you’ve described as being ” your most personal to date”. Could you elaborate a bit more on that please?

I feel like my fans will get to know my heart with this album. There’s an honesty to all of the tracks. I go back to what it was like dreaming under the stars and what that felt like. “Halley’sComet” is the most personal song on my record. It really captures the dreamer in all of us, and remembering why we love our passions. It’s about finding your place to shine in the big beautiful universe. I wrote it after parting ways with a label and trying to figure out the next step. Then I take you to Paris with a track called “Montmartre” because I have a love affair with the city! These songs all mean something to me, and take you on a journey through my life and what I’m about.

As your first independently released album did you find it liberating to be free of label constraints this time round?

I think every artist should make a record independently at some point. I had no outside influence. It was me making the decisions on production and songs and the world I wanted to create. If I could dream it, I did it on “Dream Country.” I love everything I’ve ever put out. I think you find yourself more creative if you have room to be. I’m quite attached to the project because of how much I’ve put into it.

Listening to the album, I must say the production is fantastic…….I don’t have a physical copy ( yet!) so can you please tell me who produced it, was it someone you’d worked with in the past or who’s previous work you’d admired?

Her name is Larissa Maestro! Yes, that is her real last name as well. She is also a cellist and string arranger. We had played the Opry together last year by chance, and I was impressed by her talent. We decided to make this album together, and she is brilliant.

One thing I do know without having the CD to hand is that there’s a fantastic co-write with Sam Palladio called ” Anchor” on the album, a beautiful love song with clever nautical analogies. I’ve also seen footage of you performing it together.

How did that collaboration come about?

A: We met when Sam first starting filming the show “Nashville” and became friends. We wrote it about him missing his home in Cornwall. It’s one of my favorites production wise on the album. It’s simple and beautiful. Now that I’ve seen Poldark, I can understand why Cornwall is so beautiful!

And the other tracks…..there’s one cover ( which many will recognise from the TV series Nashville, ” Tell That Devil” ) but all the rest are originals i think? Are there any other co-writers you’d care to give a shout out to?

I have to give a shout out to Charlie Worsham. He was not a co-writer, but he sang harmonies on “Where Cowboys Ride.” I truly could sing that song forever, and one of my favorites I’ve written. There is also a track called “Stargazer” that was written by Jesse Terry. I did not write it, but I swear it was made for me to sing.

I love the fact that the album’s instrumentation is so varied, from almost orchestral accompaniments with sweeping strings conveying the ” dream country” feel on several tracks to the jazz/blues arrangement on ” You Take Me All The Way” and then there’s the guitar-led, more typically country backings. When you write a song do you immediately know in your mind how you want the recorded version to sound?

I’m thinking about the production even as I’m writing the track. I want the music to match what the story is saying. For example, on “Halley’s Comet,” we wanted the listener to feel like they are in space. Certain instruments emote certain feelings, and I thought of that on every recording.

One track that stands out for me and which i reviewed for this site is the current single ” Halley’s Comet”, with its ” follow your dreams and never give up” message.
You moved to Nashville aged 20 to pursue the only career you ever wanted, so this song must be especially poignant for you?

It’s a really special song. I hope that anyone who hears this feels lifted up and full of light. I think it’s always good to go back to where it all started, and I this track does that. I’m still the Iowa girl at heart, and you can’t let the world dictate how you feel. You have to go get it all!

As well as your country music influences ( including Johnny Cash and Patsy Cline, I gather) what other genres/artists have shaped the Sarah Darling singer/songwriter we now have?

I would say Joni Mitchell, Jewel, Stevie Nicks, and Tom Petty. Even throw in some Coldplay. I’m a storyteller most of all. All of these artists have influenced my music.

A fun question…….you’re hosting a dinner party, which three country artists ( past or present ) would you invite and why?

This is a fun question! I would love to have Patsy Cline, Johnny Cash, and Blake Shelton. It would be a fun party!

And what does the rest of 2017 hold for you and especially for your UK followers? I see you have some more “ in the round” dates coming up in May but are there any solo shows planned?

Currently, I’m working on dates. The good news, I will be coming to the UK a bunch this year! Keep checking sarahdarling.com for tour updates in the next couple months.

To keep up to date with Sarah check out:

Dan + Shay Take On Alcoholism in “How Not To” Video