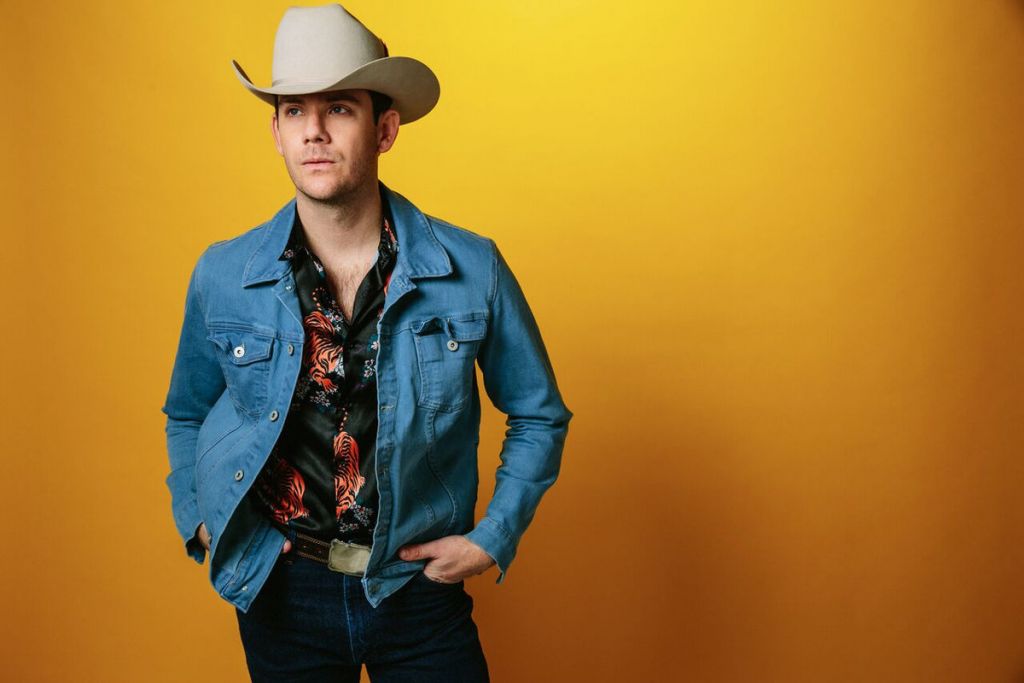 Sam Outlaw is a frequent visitor to Europe, I have seen him play three times this year; Oslo Hackney, Nashville meets London and last week at the Komedia club in Brighton.

I first saw Sam at the Con club in Lewes with Union Music Store Promotions following the release of his debut album Angeleno. Sam is not your typical Nashville country singer but lives in LA, California with his wife and young son. His music is described as SoCal country and the Baja influences from Mexico are heard in most of his songs. He describes himself as pop country.

I had the opportunity to interview him shortly before his set at the Komedia in Brighton jointly put on by Brighthelmstone and Union Music Store.

Kate: You’ve pretty much been touring Europe (Scandinavia and the U.K) since the launch of Angeleno.

Sam: The shows there have been really good so we will keep coming back I guess. For the record I do really like Scandinavia especially, my ancestors are from Bergen Norway. Mum’s Dad was an Outlaw and my Mum’s Mum a Farness and were from Bergen. The Outlaws are originally English and Germany.

Kate: You’re a Morgan aren’t you?

Sam: My surname is a Morgan but my Great Grandpa changed it from Morgen.

Kate: We are lucky to get a lot of American music stars over here, in the last three years it has grown so much that I can go to a country music/Americana music gig every week.

I guess that as well as a growing audience it’s also because you don’t make money out of records?

Kate: You’ll be glad to know that there is air conditioning tonight.

Sam: Oh, Brighton is now officially on my list.

Kate: I have friends who were at your other gigs and saw on social media about the lack of air conditioning.

Sam: It was so hot in Manchester I thought that I was going to be unable to complete the show.

Kate: We don’t really do air conditioning over here

Sam: Brighton does, it’s got a really cool vibe. I would almost rather do back to back nights in Brighton than London. I’ve played London so much.

Kate: You were just face-timing your family, it must be really hard for you to be away when your son is so young as they change daily at that age?

Sam: Yes, it is hard and sometimes I think that I would be better off at home. But, we chose this life. My wife is dropping off my son with family members and joining me in Paris for the weekend.

Kate: Have you been to Paris before? If you want somewhere arty and romantic I’d recommend the Montmatre district.

Sam: I’ve not been before and someone else recommended Montmatre tome.

Kate: What are your favourite songs from Angeleno and Tenderheart?

Kate: Tenderheart is one of Bob Harris’s favourites.

Kate: You recently recorded an Under The Apple Tree session with him how was it?

Sam: We had a good time with him it was sweet.

Kate: Thank you for your time and see you in November in London and have a great time in Paris.