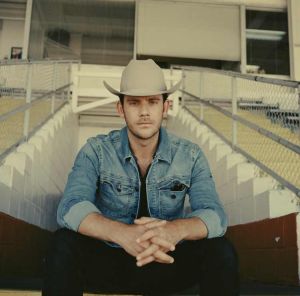 In the heart of the Cotswolds lies The Convent in South Woodchester, Gloucestershire. A hidden gem which, as a local, I shamefully admit I had no idea existed until recently. It is in a beautiful rural setting with breathtaking surroundings. The Convent is a stunning Grade ll listed Building with a beautiful large garden which features a grand piano, setting a completely musical vibe as well as providing a perfect environment for many of the Songwriters’ sessions held there.

A converted hotel and spa, the concerts held there take place in The Chapel which, with only 100 seats, makes a very intimate and unique venue. The Chapel has retained many of its original features, including stunning stained glass windows and a few church pews along the side walls, as well as tables and chairs, which all makes for comfortable viewing.

I love it here, it is the most intimate and relaxing setting for a concert that I have ever experienced – I even go alone sometimes, which is something many people here do. It is a musician’s dream to play here – every time I have seen a musician tweet about their time here, it is always in a passionate and grateful way. Sam Outlaw later explained on stage how they were picked up in a vintage Jaguar ( he did say the exact car but I can’t recall what it was), then he said they were taken to what he described as a castle with beautiful surroundings and given amazing, beautifully large rooms and fed fantastic food. What more could you want from a venue as an artist?

The other great thing about The Convent is that it’s a Net Gig. This means the entire show is filmed live and streamed for paying customers. I believe that The Convent were the first venue to do this? This is a great opportunity for artists and fans because it means fans all over the world get to see a truly unique performance and the artist gets to sell tickets worldwide as well as promote themselves via their performance.

When I arrived for Sam’s gig, there were only about 18 people in the audience. Now I know what you are thinking – ‘Poor Sam, what a disappointing outcome.’ – but this is truly not the case, not even a little bit. You have to take into consideration that not only is this venue in the middle of nowhere in the Cotswolds, but it is also almost like a secret location. You also may be forgetting that it is also a net gig, and Sam sold over 200 tickets for his on line show. Had more people known about this opportunity, I can only imagine it would have reached a very much larger audience.

I had been excited about this gig for a while, not just because I am a Country Music nerd but because Sam is just so different to the Country Music I usually listen to. He is more traditional than modern, but with a fresh twist making him very current. I knew without a shadow of a doubt that his performance would blow me away. I also knew his music would suit The Convent almost perfectly and I was absolutely correct in thinking so.

Sam came on with just his guitar and a fellow band mate and guitar player named Molly Parden. Molly – from Nashville – also has her own music out which I am yet to listen to but going by her voice and personality, I will be listening very soon!

Sam was likeable from the start – when he was telling people to follow him on social media he mentioned that there was already a ‘Sam Outlaw’ on twitter so he had to be ‘THE Sam Outlaw’  @thesamoutlaw – although the other guy had only ever tweeted a few times back in 2012. (I say we all report this guy to the twitter police and get him booted off ha!). He has such a great personality and a dry sense of humour that he literally had me cackling like an old witch throughout the entire night. I hope none of that was on the live stream, eek! – what a way to ruin a show for somebody, ha!

Sam’s voice is Country Music perfection. From Los Angeles, he explains it may not be the usual place to have a Country Music career, but there is definitely a scene there. His album is titled Angeleno, which thanks to Sam, I now know is a term for someone who resides in Los Angeles.

Sam and Molly’s stage presence is very relaxing and comical – they work so well together and giggle between songs. It seems to me that something about The Convent makes artists feel at home and  relaxed – and perform as if they are in front of family. Perhaps it is partly down to the warming treatment they receive from organisers Charlotte and Matt. Interaction with the audience is part of The Covent’s charm as it’s such a small setting. It’s no wonder that they famously kicked Finley Quaye off stage for a poor performance, intoxication and for ignoring his audience. Sam certainly took the opportunity to make it more than a performance. He catered for everyone and made sure he addressed the online viewers as well. Hilariously, the fire alarm went off half way through the set – Sam and Molly just stood there not knowing what to do as did we, the audience. As soon as it was turned off Sam joked ‘Nice try, but I am still gonna play’ .

Every song Sam performed was flawless. He sung every song from his Angeleno album with sheer perfection, despite not having a full band or a mariachi band. He pulled it off with such professionalism and poise that they were not needed, especially in a chapel where the acoustics are through the roof and bouncing off the walls. Highlight songs for me were Keep It Interesting, Ghost Town, Angeleno and Who Do You Think You Are?  We were even treated with new songs which were fantastic, although I am unsure of their titles. The Convent, as ever, made the setting for a performance I will never forget. It truly hosts unique shows you will likely fail to experience anywhere else. After the show, Sam came out to greet fans and chatted to everyone for a very long time. Humble, Sam told a fan how he wished he had better songs for this show – all I could think of is, ‘Are you mad?’ I don’t think that he could have done better, his songs are amazing – I loved every minute of it and would go again, so please Sam, return to The Convent.

I had to rush home after, but in the bar downstairs, you can hang out with the artists and there is pizza on a table, I am guessing complimentary? Those pizzas were also responsible for the fire alarm ha!

I would highly recommend seeing Sam Outlaw live to anyone – not just Country fans but Folk fans, Americana fans, Bluegrass, you name it – see him! He is returning to the UK in October so please, grab tickets – you won’t be sorry, unless you are expecting a pop Florida Georgia Line type sound – I am afraid that’s not going to happen.

Or buy the cd or vinyl here :