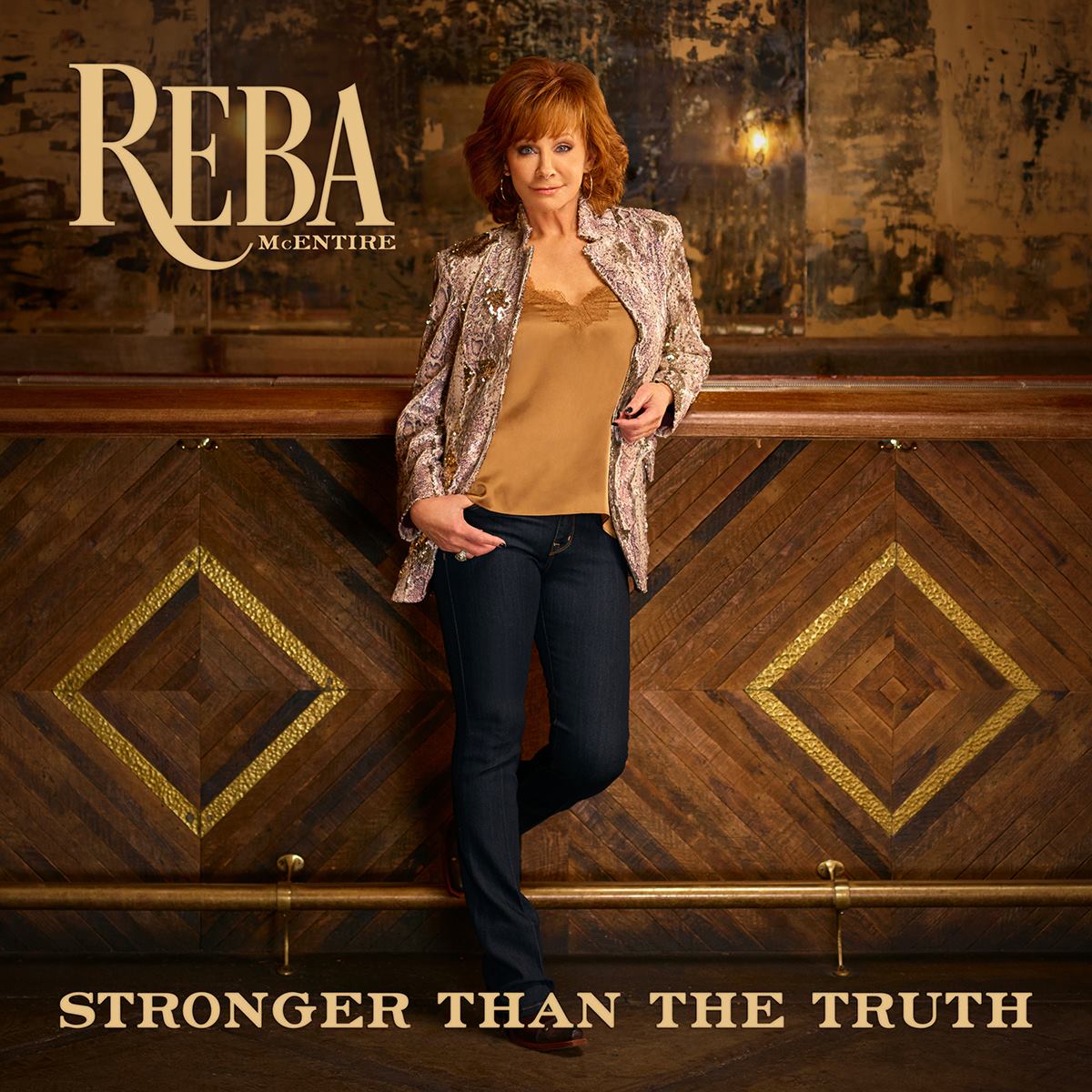 Now everyone has had the weekend to let it all sink in, I think it is about time that we take a look at the brand new record from none other than Reba McEntire! Stronger Than The Truth is Reba’s 33rd studio album. That’s right her 33rd album. With a career that began in 1976, 13 years before I was even born, how is it that I can still find this country queen so captivating, so relatable?

I have of course had a few listens to this record so far and it seems completely acceptable to me to start of this review with, this may be some of McEntire’s greatest work to date. I can only imagine the struggles that are faced as an older artist with keeping yourself relevant not only to your audience but to the growing audience in music that is discovering you day by day, though it seems this is something Reba is doing with ease. This record brings a sound which can only be described as pure country yet somehow it still oozes a contemporary feel that will no doubt have fans of newer country falling in love song by song.

I could fan girl all day over Reba and over this album but maybe the best way to get the ball rolling is this review is to… well review it!

So here goes, we kick into it with a little bit of Western swing, taking your straight into some old smoky dive bar in Texas, full of old cowboys looking for a little down time. ‘Swing All Night Long With You’ brings us a solid foot tapping start to the record with some honky tonk piano and fiddles that is born to get even the most reserved person wanting to get up and two step!

Reba’s diversity is quickly laid out for all to listen to as the next song, the title track of the album, begins. Still with a strong McEntire vibe ‘Stronger Than The Truth’ is a slower country track, a sad, cheating tale that is maybe all too relatable to many. It’s a gentle melody that is complimented with sound of Reba’s longstanding fiddle player Jenifer Wrinkle. ‘Theres not a blade sharper than a knife’ features Reba’s distinctive vocal sound and it sounds like it was written just for her, which comes as no surprise with the song having been penned by Hannah Blaylock and, Reba’s neice, Nashville singer-songwriter, Autumn McEntire.

Again just as if to really set out just how flexible McEntire can be with her music ‘Storm In A Shot Glass’ is up next with a much rockier feel to the two previous track but as you listen to all three of these songs you can hear McEntire’s decades of experience and her unique style just shine through delivering a performance that only she could. This time coming to the forefront is Jeff King on lead guitar with some solos that just bring the whole song together.

‘Tammy Wynette Kind Of Pain’ is up next, co written by Brandy Clark it has all the tell tales signs of her writing. A song paying tribute to the great heartache songs of the late, great Tammy Wynette, this song has everything you could want from a great country song and leaves you wanting more. There is no disappointment because the next track is ‘Cactus In A Coffee Can’. Its blunt, it’s a story of meeting a girl on an airplane and a documentation of a conversation between two strangers who end up friends though they may never meet again. The writers of this song Steve Seskin and Allen Shamblin don’t sugarcoat anything with the opening line to the first ‘chorus’ being ‘my mama’s first love was crack, she made her living lying on her back’. It’s blunt and its heavy but somehow Reba still manages to deliver it with pure emotion. It is a story from start to finish with no real defining chorus, there is no repetition in the track just a narration of the interaction between these two people, the teller of the story you feel like you know by the end of this 4min 27sec song.

I really needed a pick me up after that last song. ‘Your Heart’ begins with a spanish like guitar lick, it is a minor key, certainly not lifting but with the mood I am in now it hits and keeps you wrapped up in the song, drawn to the story. Advice to love but don’t give him your heart, give him your number and whisper your name…. But don’t give him everything.

“Don’t give him your heart, keep it hidden from the very start”

‘The Clown’ follows; another classic type country track. This album spans country music like I wish more would but McEntire knows how to do it to perfection. The song once again utilises some country piano and a melody that is simple yet hard hitting and gives the lyrics the room to breath that that need to share this track which I can only describe as pretty. It ticks all the right boxes and though it is a sad song it still makes me want to smile… from start to finish it really is… pretty.

It was now time to lift it back up and what better way to do that with the second Western swing song of the album ‘No U In Oklahoma’. A catchy little ditty cleverly written song this time with Reba’s own name boasting a writing credit along with Ronnie Dunn and Donna McSpadden. The song features some fun alliterative, alphabetic lines alongside 11 different place names, I had fun just counting how many were mentioned throughout the track!

One of my favourite writers hand a hand in the next track on the album so I was keen to hear it. ‘The Bar’s Getting Lower’ written by Kelly Collins, Erin Enderlin, Liz Henber and Alex Cline I feel like is a song that documents the realisation that I think a lot of people have.

“She’s getting older and the bar’s getting lower”

When I was a kid I saw my parents, siblings, cousins and all those fairytale movies. I saw happiness within reach, that perfect life. The truth is though that isn’t reality. I thought I would be settled down in my early 20’s, a house, kids, the perfect job. In actually fact my life has been anything from that but I wouldn’t change a thing! That is something that rings true for many and its true that as time goes on it certainly seems to get harder and harder to get all the pieces to fit into place. This song is everything I love about country music. Life is not a ‘Love Story’ or a ‘Thinking Out Loud’… There ain’t no sugar coating it and this song will resonate.

There are three more tracks to go and I have tried to not to ramble too much but there is so much to say!

The next song, ’In His Mind’ is the story of a man missing his wife… He can’t let go of her and he still believes she will be back. It took me a few listens to understand whether this was the story of a woman walking out on her husband or my initial thought of that she had passed away, then I listened a little closer to a part of the song where it describes a picture in the paper, something that sounds like an obituary. Something his kids didn’t want him to see, even though it probably would have made no difference, he would still leave the porch light on for her. It got me thinking how hard that must be to spend your life with someone and then lose them like that, I couldn’t help but feel my tears well up as I thought of the gentleman in the song.

With a tear drop about to fall I was oh so thankful when the opening chords to ‘Freedom’ began to play, released more recently than the album I was already familiar with this song and I knew that I just wanted to sing to at the top of my lungs, it is an uplifting love song. It is about finally finding the right one! It’s a song about, as is aptly noted in the title, being free. Reba’s vocals nail every part of this track with the chorus reminiscent of a gospel track. A reminder not to give up, to fight for freedom and to find that ones, surround yourself with the ones, who will support you in that.

An ode to her mother, the final song on the album is ‘You Never Gave Up On Me’. The lyrics are seemingly directed towards one individual but as I sit here listening to this, I feel like she is singing to me, to the listener. With the words ’thank you mama’ being uttered only at the end of the song it almost feels like a personal thanks also to all of the people that have surrounded her over the years from those who have worked side by side to her fans. 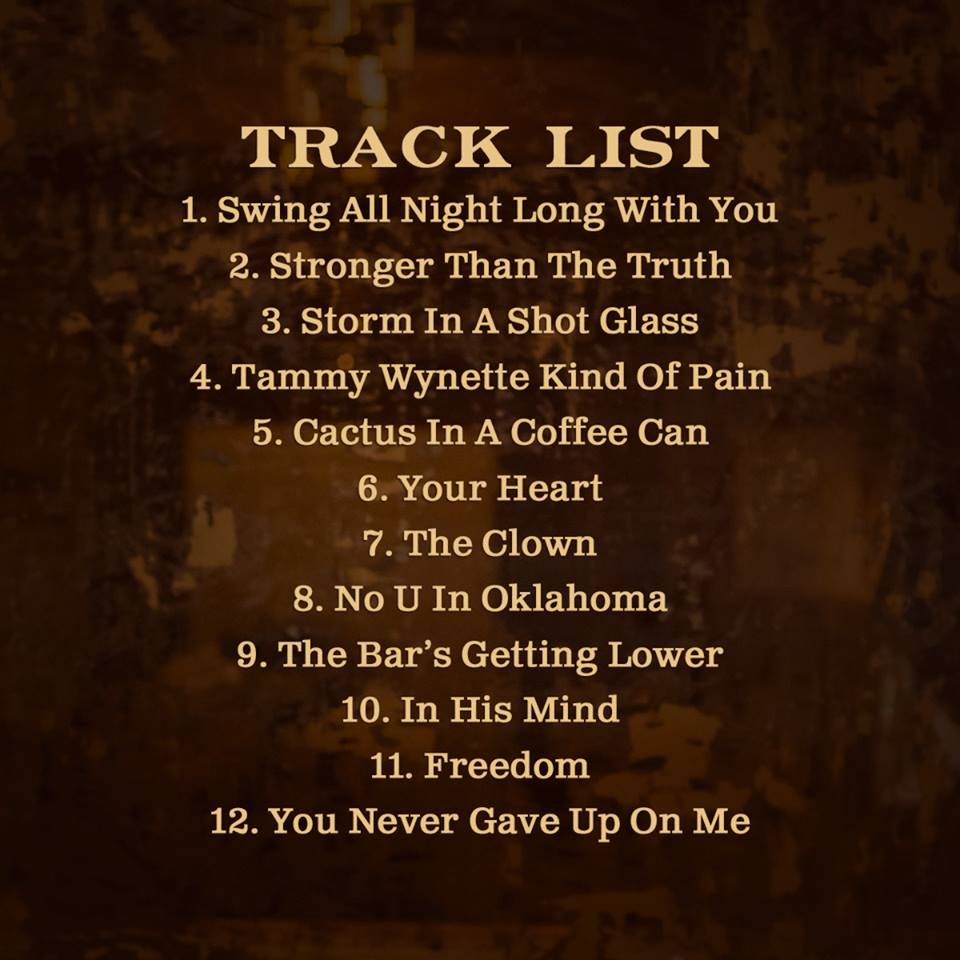 With an album that I think is one of her best to date since the early 2000’s this song seems like an apt finish to the record and I can say for sure I won’t ever lose faith in Ms Reba McEntire. Her style, her talent, her eagerness to succeed in this industry has paved an incredible road for this lady over the past 4 decades and she doesn’t seem to be slowing down. This record is phenomenal in my eyes and it is a true credit to all who were a part of it. To see someone who is rooted in such true traditional country create something that can span the sub genres of it, at this time in music, is something really special. Maybe not every track would be to everyone’s taste but I would be placing a strong bet that there is at least one song on this album for every country fan out there.