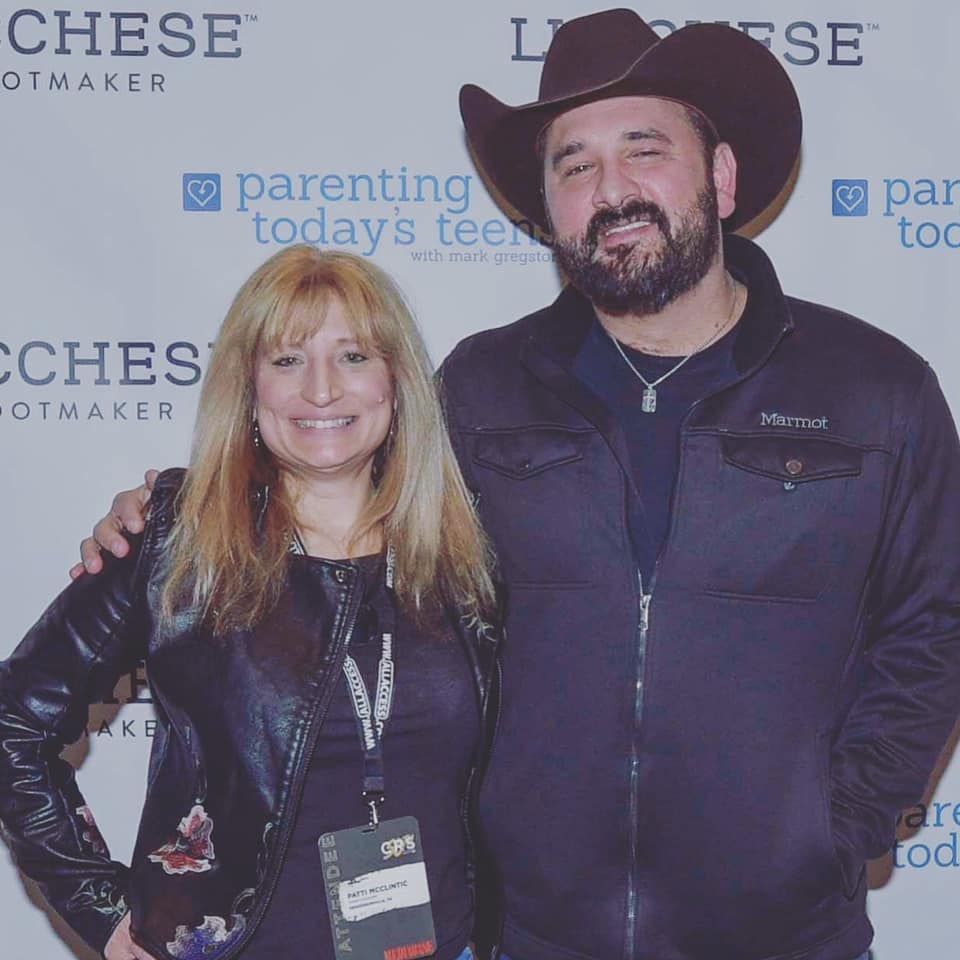 This was my second CRS in a row talking with Ray Scott, and he brought an update on what’s happened in the past year along with his signature sense of humor, which I enjoyed.  Grab a cup of coffee, sit back and listen in.

Think Country:  We talked with you last year.  What’s gone on in a year?  What’s new?  What’s different?

Ray Scott:  Well, other than getting out of prison last month…

TC:  I just got out last week, so maybe we can share some stories… (of course, I was joking)

RS:  Anything about soap… just kidding.

TC:  I hope your soap stories were as good as mine, just kidding too.

RS:  I’ve just been on the road a lot.  I recorded the new EP in the last year.  I’ve been writing like a lunatic and I’ve got a pile of new stuff I’m about to record, so I’m kind of settin’ up my next two to three years of releases.  So, I’m really excited about that.

TC:  Alright, that is exciting.

RS:  I’ve just been out playing in a lot of new markets and that’s my favorite thing.

TC:  Where are the new markets?

RS:  You know, just different little areas, patches of the US where I haven’t really been before.  Little places like Oakville, Virginia, Dahlonega, Georgia…

TC:  Dahlonega.  I think some girl made that town kind of pop recently…

TC:  I don’t know.  I think she’s a has-been now. (Laughing even more, because I think most of you know I’m a huge Ashley McBryde fan, and her hit, “A Little Dive Bar in Dahlonega” was far from a one-hit wonder!)

RS:  You know what’s funny, is I lived in Atlanta years ago and I had a girlfriend that was from Dahlonega, and I had never been to Dahlonega, so yeah, but just different spots we’re going to.  A little place up in Buffalo.  Washington, DC.

TC:  Buffalo is my hometown. (He remembered that from last year)

RS:  New York City.  A lot of places we just haven’t been to.

TC:  Are you being well-received in these new places?

RS:  Very well, which is fun.  I have people in pockets everywhere I go, that I think have been waiting a long time to come out and see me.  I always have people that come from hours away to see me because they’re thinking they can drive there, it’s the closest I’ll ever get.

TC:  Then when you come to where they actually are, they’re really happy!

RS:  Right, exactly, so that’s kind of what we’ve been trying to do.  Trying to get into these places.  Being an independent artist, we also book in-house, so it makes it challenging.  A lot of places, a lot of clubs, will only deal with well-known booking agencies.  Sometimes we go into a market realizing we haven’t been there before and we don’t want to go into a room that holds more than 200 people.  We want to make a good showing, make it profitable for the owner and we’re pretty conscientious about that stuff.

TC:  It also makes it more fun when you have a full room.  It’s also more intimate and then people tend to be more interactive.

RS:  What’s great about it too is, the style of stuff that I do, and have been doing for a while is something that’s making a kind of underground comeback.  There’s kind of a movement for traditional, organic, more raw country music that a lot of people are hungry for, so when they’re able to find it, and they really like it, they really latch on.  It’s a blessing for people like myself because I’ve been doing this for a long time.  There are people who just discovered me two days ago and plenty of them who have no idea who I am yet.  It’s interesting going down the road and doing those things and people come up and say, “Oh, my God, how come I’ve never heard of you?”

TC:  Don’t you love it when you get that though?

RS:  It’s great, and with my shows I think people are sometimes happily surprised that it’s a fun show and a funny show.

TC:  Right, but enjoyably so.

RS:  It’s a combination of funny, crazy songs and some serious stuff and it’s like a little roller coaster.

TC:  She must have been a funny woman with a very deep voice.

TC:  She was a husky man with a deep voice and bit of a problem with facial hair.

RS: (Laughing) Nah, she didn’t have a problem with it, we had a bush hog.

TC: (Fighting back laughter) Alright then, so, what else is going on with you?  What’s the EP called?

RS:  It’s called Honky Tonk Heart and the single, “Honky Tonk Heart” is biographical.  It’s just about my life up and down the road, doing what I love to do.  The way I hear it, the way I want to do it, not necessarily the way Nashville tried to make me do it years ago.  It’s an homage to all the other guys and gals doing the same thing.

TC:  There are a lot of people doing it their way these days.

RS:  There are.  Social media has been a big help to us all.  I’ve got friends in Cody Jinks, Ward Davis and a lot of these guys that have really started exploding mainly due to promotion on Facebook and just underground people talking, and it works.  You know, you don’t need mainstream radio anymore, it’s not the end-all, be-all.  It’s great when I do have opportunities with smaller market stations that play my music, for that I’m eternally grateful, but on a big level, I’m largely ignored in the radio world, so this is a great way to kind of get around that.  I can at least exist in that world.  So, it’s been good.  I’m blessed to be able to do this.  I tell people I’m not laughing all the way to the bank, but I’m not crying all the way to work either.

TC:  Awesome.  Give me a highlight of 2018 that maybe you haven’t talked about much.

TC:  What city was that in?

RS:  That would have been in Springfield, Tennessee.  A lot of people would ask why I would say that in an interview, but I don’t care, I like to tell the truth.

RS:  I got out.  There were no mishaps in jail.  I called it a highlight, it was a lowlight actually.

TC:  Lowlight, alright.  Everyone has them.

RS:  I think one of the highlights was doing the Troy Gentry Tribute at The Opry.

TC:  Okay, now that’s a highlight for sure.

RS:  Yeah, we did that a few weeks back and I got to sing a Montgomery Gentry song.

TC:  Which song did you sing?

RS: “Cold One Comin’ On” (he actually sang a little bit of it during the interview).  So, that was really cool.  That was also the 61st time I’d been on The Opry, so that was awesome.

RS:  That’s kind of a pinnacle.

RS:  Being an independent, it is.  The first time I was on The Opry, the first handful of times, was when I had the first record deal.

TC:  What year was that?

RS:  2005, so it’s been a while.  I’ve been making a living at some form of this ever since, and I’ve been an independent since 2007-2008 and I’m still kickin’ and still growin’.  I think it’s all about taking care of the people that take care of you, you know? Continuing to make the kind of music that folks are still interested in.

TC:  Absolutely.  It’s been enjoyable speaking with you again.

Ray Scott can be found: