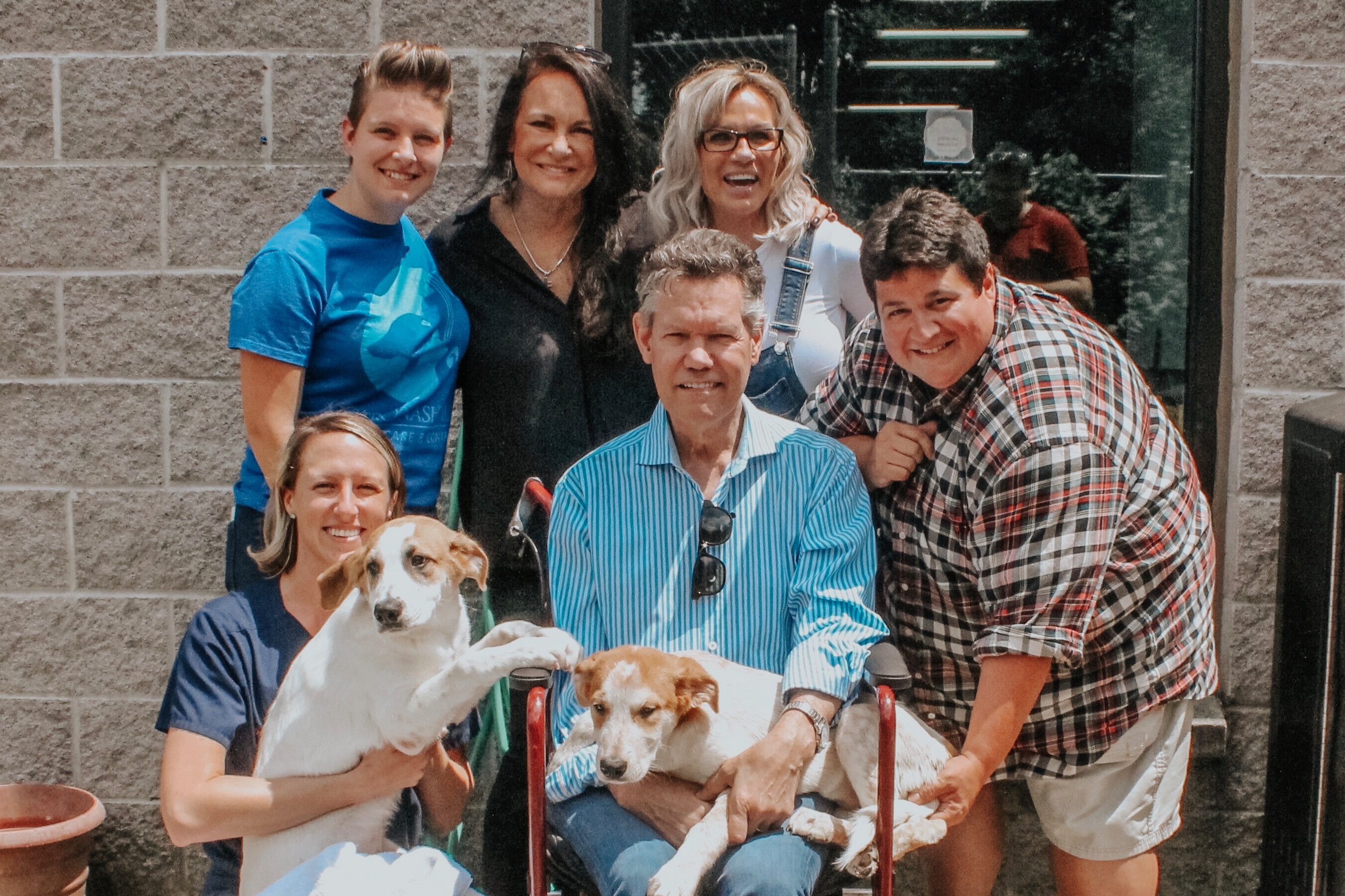 NASHVILLE, Tenn. (July 29, 2019) – Randy Travis recently paid a visit to Metro Nashville Animal Care & Control to support the adoption of dogs, cats and other animals in need of homes. The Country Music Hall of Fame icon toured the facility, spent time with the pets and staff and posed for photos with visitors to the shelter. Director, Lauren Bluestone and Medical Director, Dr. Staci Cannon named two dogs “Randy” and “Travis,” accelerating their adoptions the next day. Travis and his wife Mary have two dogs of their own and are big advocates for adoption. 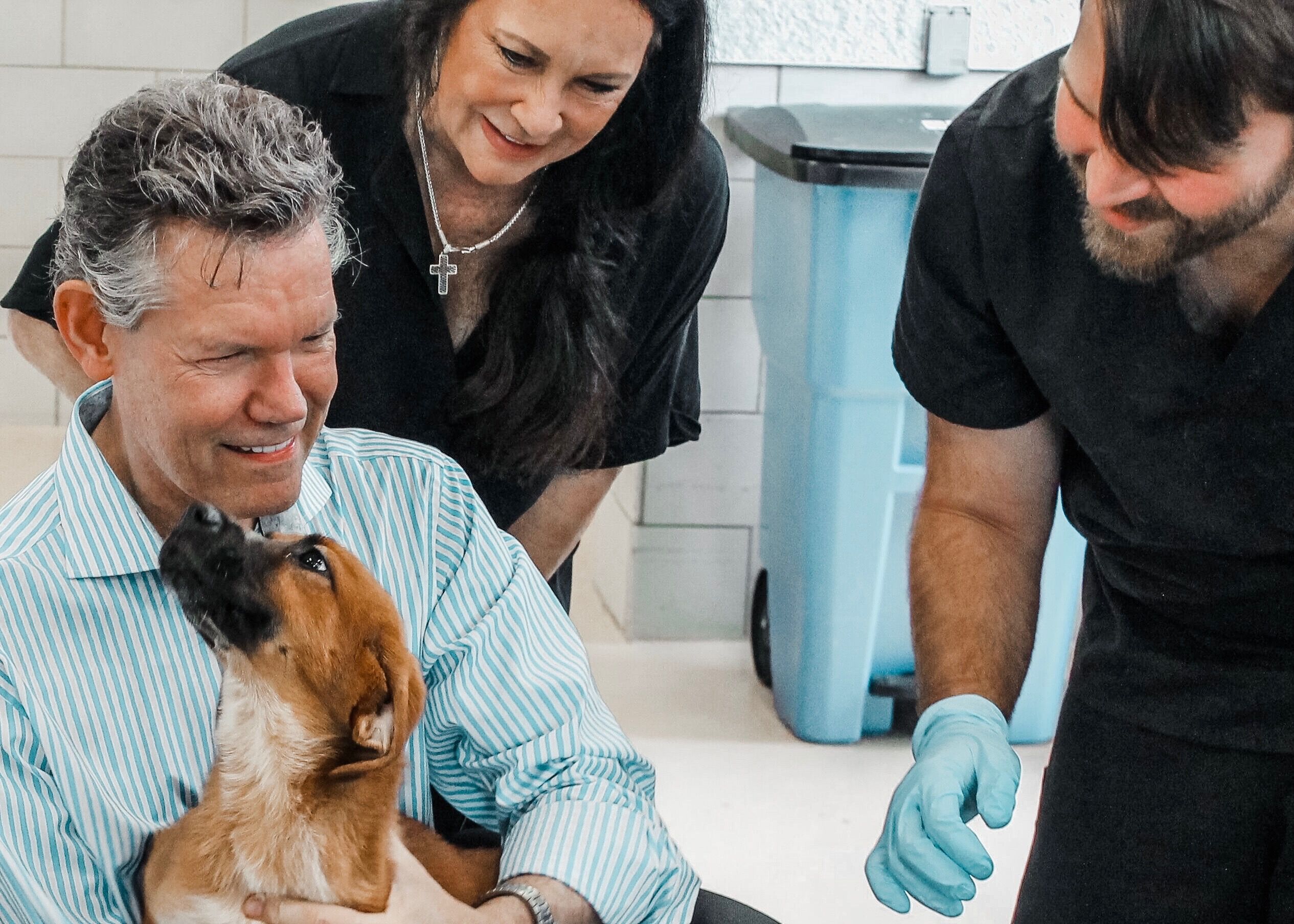 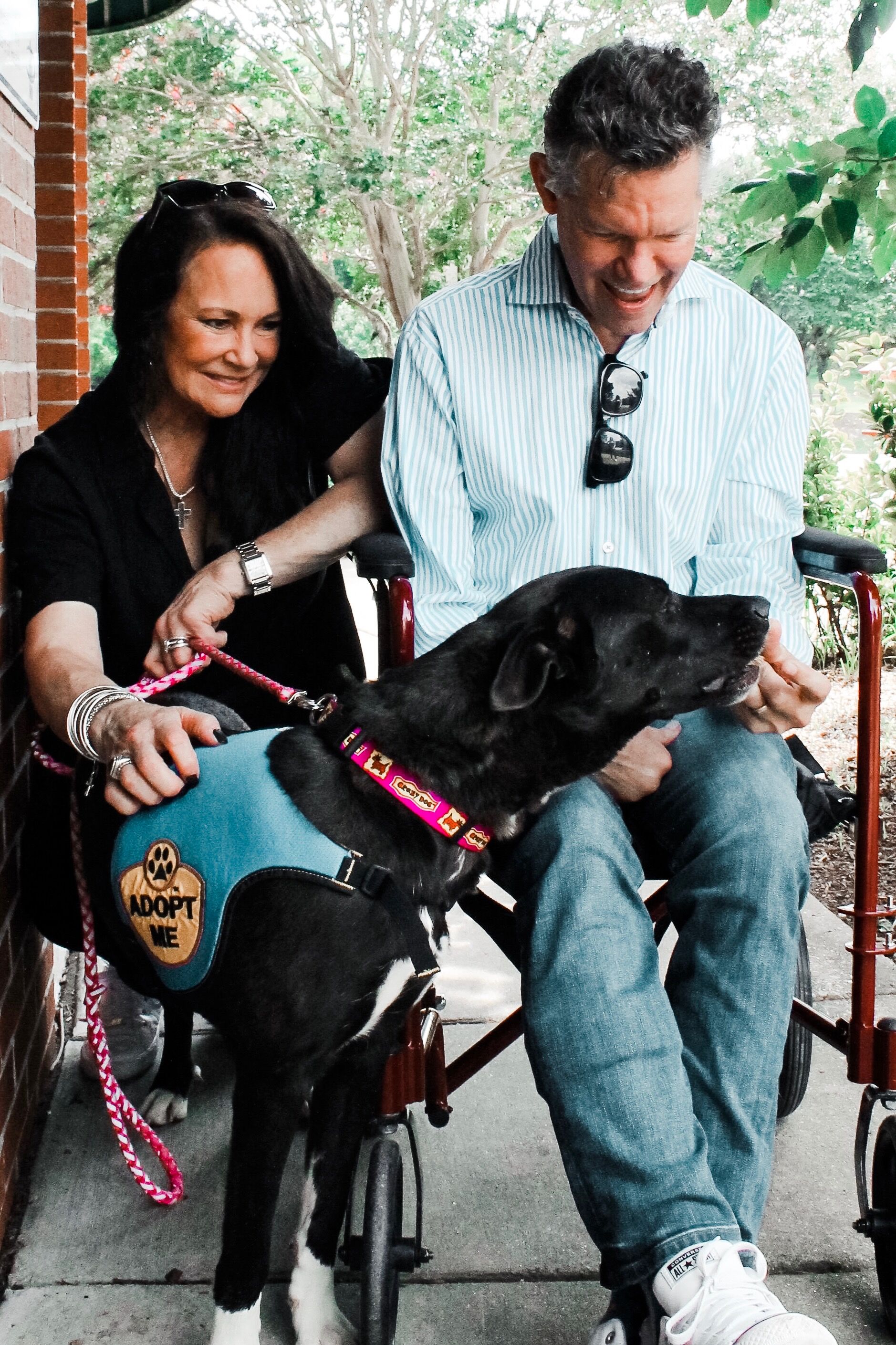 The Metro Animal Care and Control Center is committed to the delivery of humane and responsive animal care and control services to and for the residents and animals of Nashville-Davidson County. They are the only 100% open intake shelter in Nashville and the surrounding Davidson County. With an approximate intake total per year of 6,600 animals, adoptions total around 2,800 with about 1,300 return to owners and 1,300 being transferred to other agencies. For information on how to adopt click here or visit the shelter seven days a week from 10 a.m. to 4 p.m. (until 6 p.m. on a Thursday). 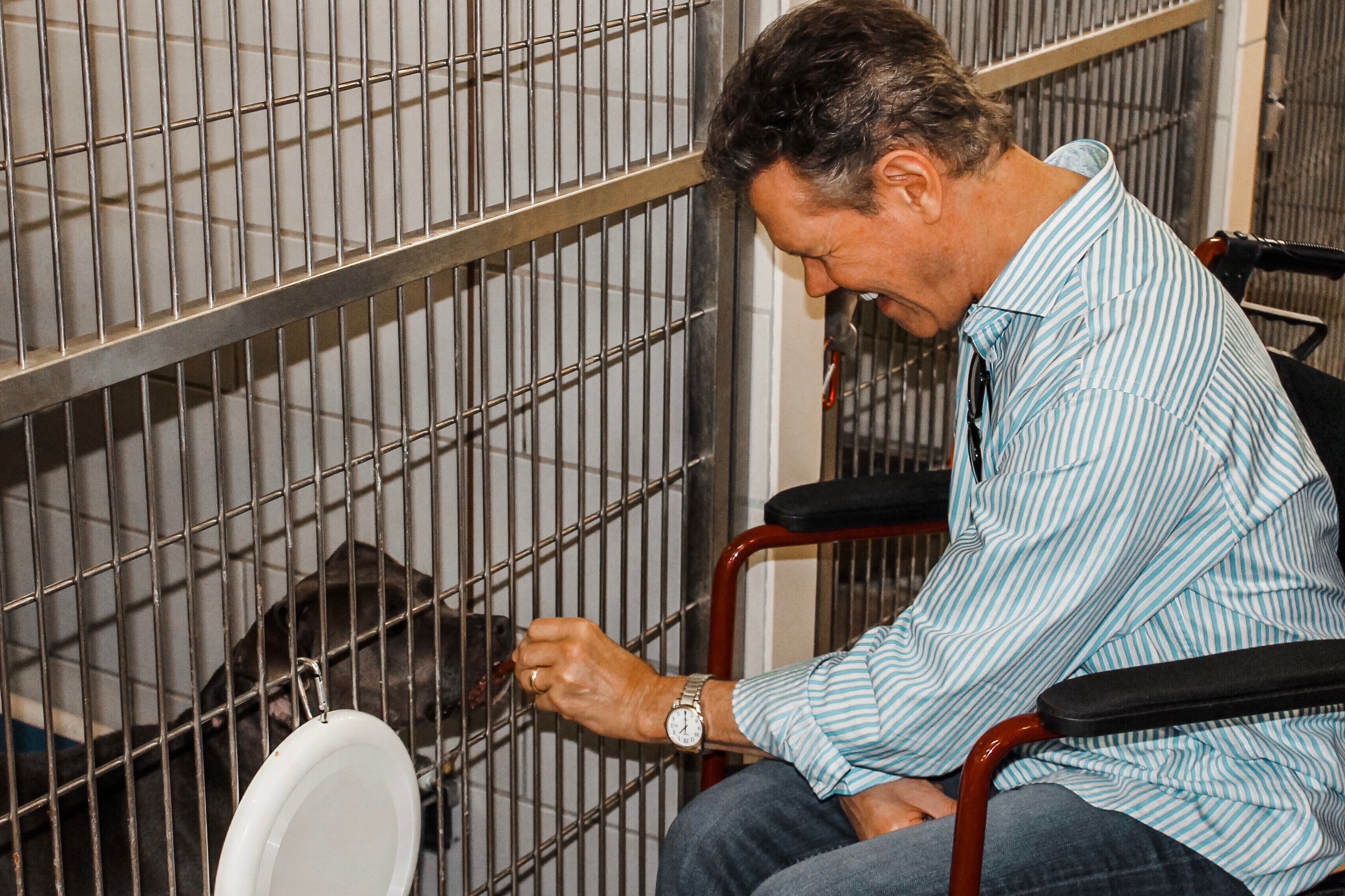 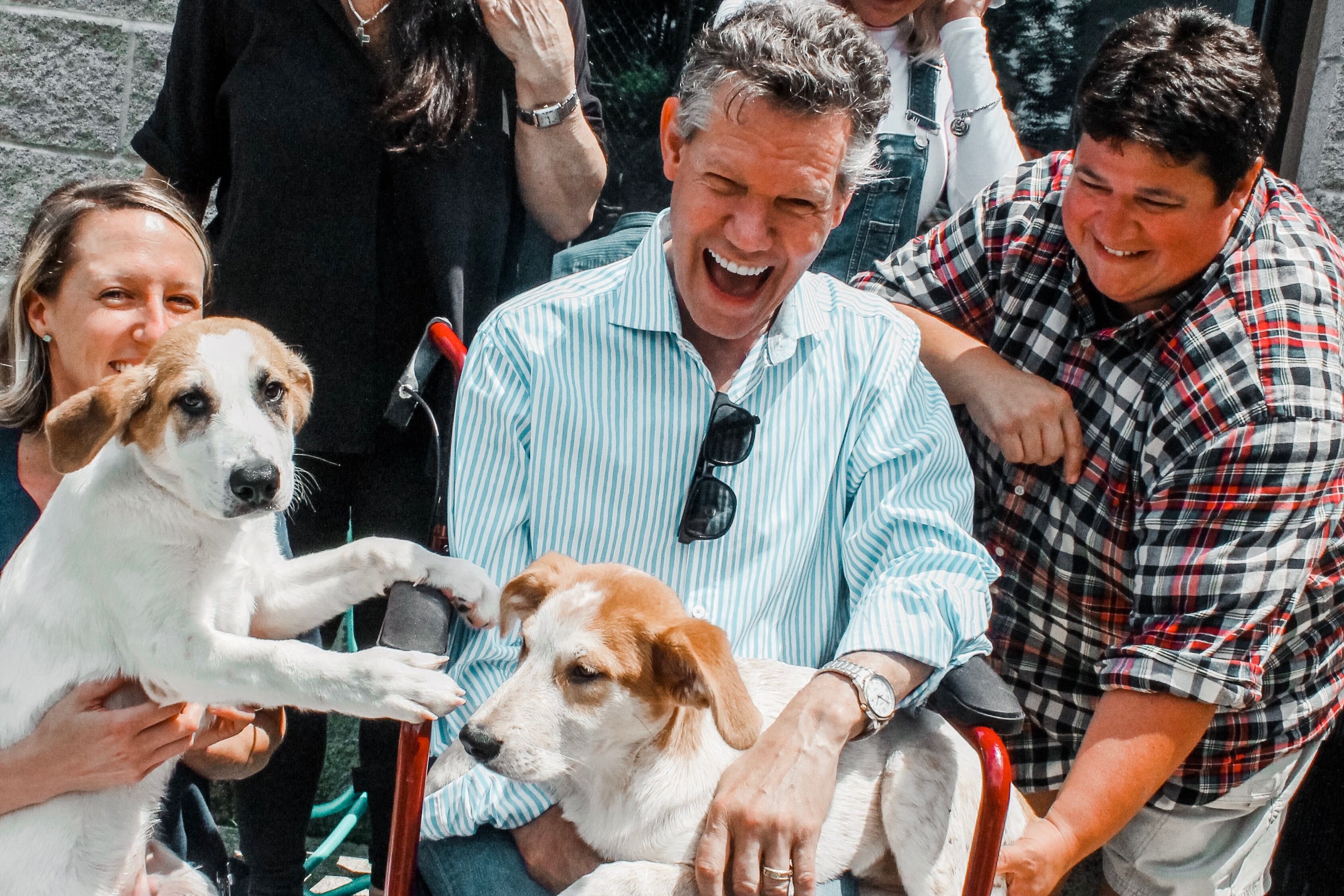 About Randy Travis
With lifetime sales in excess of 25 million, Randy Travis is one of the biggest multi-genre record sellers of all time and a recent inductee into the Country Music Hall of Fame class of 2016. His honors include seven Grammy Awards, 11 Academy of Country Music statuettes, 10 American Music Awards, two People’s Choice awards, seven Music City News awards, eight Dove Awards from the Gospel Music Association and five Country Music Association honors. In addition, three of his performances earned CMA Song of the Year honors: “On the Other Hand” (1986), “Forever and Ever Amen” (1987) and “Three Wooden Crosses” (2002). To date, he has 22 No. 1 singles, 31 Top-10 smashes and more than 40 appearances in feature films and television shows to his credit. Four of his albums are Gold Records. Four are Platinum. One has gone Double Platinum. One is Triple Platinum and another is Quintuple Platinum. In 2004, Randy was honored with his own star in the Hollywood Walk of Fame and is honored on the Music City Walk of Fame in Nashville, Tenn. He has been a member of the cast of the Grand Ole Opry since 1986. In 2017, Randy was honored with a wax figure at Madame Tussauds™ Nashville. Since his near fatal stroke in 2013, with the help of his wife Mary and rigorous physical therapy, Randy continues to make improvements in his speaking, walking, and yes, singing. With the help of author Ken Abraham, he released his critically-acclaimed memoir in 2019, Forever and Ever, Amen. For more information please visit RandyTravis.com.

Lauren Alaina rounds off her UK Summer Tour with an epic headline...