Rising Star Heads Into 2017 On A High Note
Joining Blake Shelton’s DOING IT TO COUNTRY SONGS Tour In February, Album To Be Released This Year 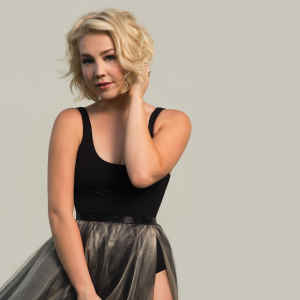 Breakout Warner Bros. Records/Warner Music Nashville artist RaeLynn is kicking off 2017 with a fresh burst of momentum, landing on year ending Best-Of and Artists-to-Watch lists from multiple outlets for her music and style.

Her current single “Love Triangle” – now on the verge of Top 30 at Country radio – leads the way, a stunning autobiographical divorce ballad sung from a little girl’s point of view. Co-written by the rising star with Nicolle Galyon and Jimmy Robbins, its thought-provoking message landed the tune on Rolling Stone Country’s “25 Best Country Songs of 2016” list, where the “emotional tug of war” was praised as “devastating.”

The lead single from her upcoming full length debut, WILDHORSE, “Love Triangle” also appears on the “20 Best Country Music Songs of 2016” list from OneCountry.com, and the lyrics were highlighted on the website’s “9 Best Country Music Lyrics of 2016” as “smart and all too true.”

Meanwhile, RaeLynn has also been called out by streaming service Pandora on their influential “Artists to Watch 2017” list. Among 25 all-genre artists chosen by Pandora’s curation team, she is one of only two representing country music. The annual list says RaeLynn has “found her voice,” and “is about to take 2017 by storm.”

Capping off the good news, the singer-songwriter also picked up a nod for her elegant and whimsical style, making ET Online’s “Most Gorgeous Celeb Wedding Dresses of 2016” list. She was married to Josh Davis on February 27.

Looking ahead, RaeLynn will serve as the opening act on her Voice mentor Blake Shelton’s DOING IT TO COUNTRY SONGS Tour starting February 16. WILDHORSE is slated for release this year.

About RaeLynn:
ACM New Female Vocalist of the Year nominee RaeLynn’s current single “Love Triangle” is the powerful first track from her Warner Bros. Records/Warner Music Nashville debut WILDHORSE, currently available for pre-order and set to release in 2017. “Love Triangle” tells her personal story in a way that “is a raw and emotional account of what it’s like to be the child of divorced parents” (People Magazine), which media and fans have immediately gravitated to, evidenced by the single sitting Top 15 sales per spin since release while the music video has racked up 3.8 million views. The remainder of the 12-track album, 11 of which were co-written by RaeLynn herself, is a broader look into her life over the past few years since her breakthrough on NBC’s hit show, The Voice. Selected as a 2017 “Artist to Watch” by Pandora Radio, RaeLynn has tallied 311 million plus cumulative career streams. She is poised to follow in the early success of her Top 10, GOLD-certified song “God Made Girls,” which has sold more than 850,000 downloads, has been streamed more than 75 million times, was nominated for 2016 Radio Disney Favorite Country Song, earned her recognition as one of CMT’s Next Women of Country and was the highest charting debut single by a solo female in 2014. The music video has accumulated more than 23 million views and earned her a pair of CMT Music Award nominations for Female Video of the Year and Breakthrough Video of the Year in 2015.