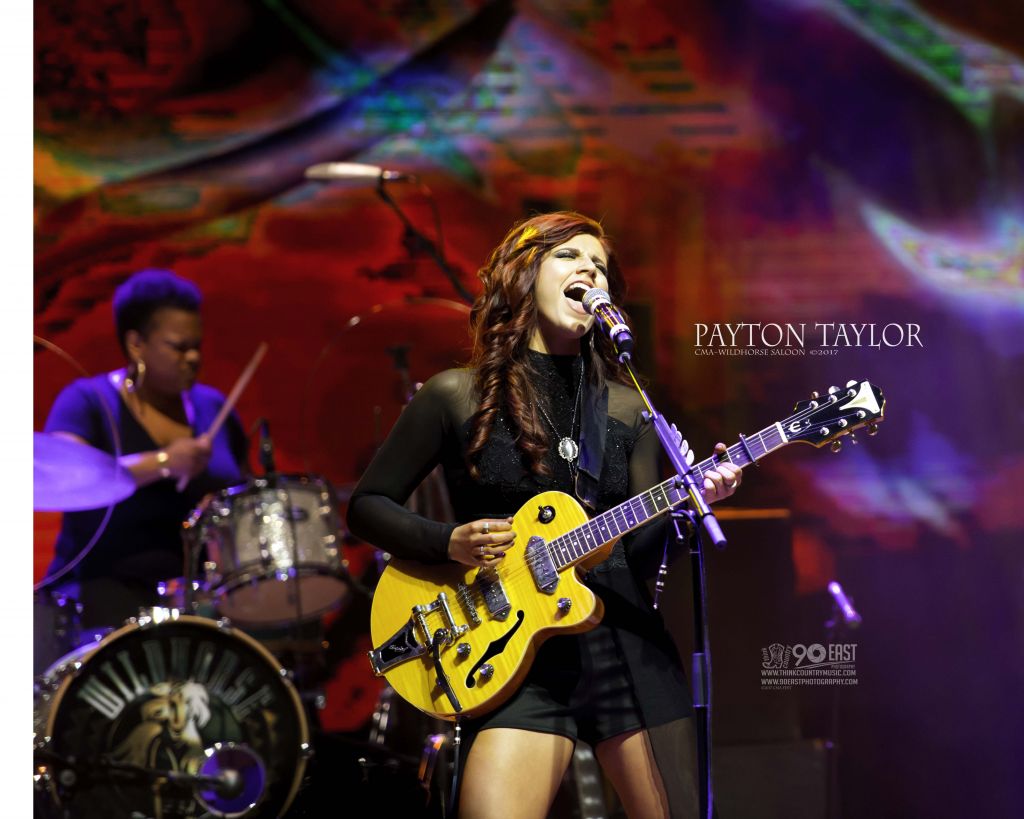 In Nashville, there are countless artists working and trying to hit the big time.  They’re out there playing honky tonks for tips and serving up nachos to make the rent.  This is Music City.  Everyone’s a musician and everyone has that dream of leaving the smoky bars behind and playing the big stages.  “Hard work will pay off” these dreamers are told, so they hustle, some more than others.  One who takes that advice very seriously is New Jersey native Payton Taylor.  She made the move to Nashville with her entire family close to five years ago and hasn’t wasted a minute making sure that move wasn’t in vain.

She’s more than paid her dues just like all the rest.  She’s played the Broadway bars and the hotel lounges.  She’s done tours in other cities playing everything from biker rallies and county fairs to playing underneath a roller coaster at a waterpark.  It hasn’t always been glamorous, but one thing is certain, it just gave her a wider range of experiences to carry around with her when she went into the writers’ rooms of Nashville, places she’s been spending the majority of her time this past year.  Yes, she’s been writing songs like it’s her job, because it is.  More than a year ago, Taylor was advised by her manager, Joe Carter, that she needed to concentrate on her songwriting and that if she could stay on task, her patience and dedication would eventually pay off.   Believing his words and trusting his experience in the music business, she took that advice and locked herself away for an entire year, penning songs with industry pros and coming up with originals she can truly be proud of. 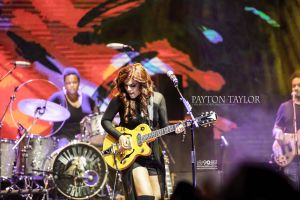 After a long hiatus where she was almost invisible on the live music scene, choosing to focus on creating rather than performing, it was finally time to debut her new songs to an audience.  There was simply no better time to bring these songs to life than during country music’s biggest party of the year, CMA Fest in Nashville.  The Wildhorse Saloon, arguably the premier live music venue in downtown Music City was chosen as the place. 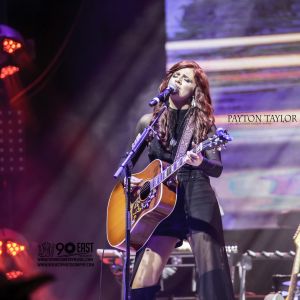 For those who had seen Payton Taylor perform live previously, they may have been a little surprised at this “new” version of the old Payton.  Sure, she was still the same vivacious, talented, personable artist, but there was definitely something different.  The obvious difference was the red hair.  Formerly a blonde, now a fiery redhead, it didn’t take long to agree that red suits her and her sound perfectly.  Looks aside, however, this teenager from Southern New Jersey has morphed into a young Nashville woman and she can play with the big girls now. There is simply no denying it.  Dressed all in black, with a top purchased from an Atlantic City thrift shop, a flowing sheer chiffon outer jacket from Goodwill Industries of Middle Tennessee and thigh high felt boots from Agaci, this diva pulled out her inner Stevie Nicks all on a DIY musician’s budget.  This is Payton Taylor. 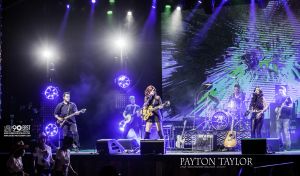 Always the most stylish person in the room, usually having spent the least amount of cash getting there, which is why she also hosts her own radio spot on WSM-650 AM radio in Nashville, “NASHFashion” every Wednesday from 4-5 PM.  Taylor and her guests discuss various stores in the area or ways to be stylish without breaking the bank.   She fits right in with the crew at WSM and the show is both entertaining and informative.  I said she was hard working, so just add this to her resume. This girl NEVER stops moving.

Backed by a full band, this new, extremely confident, Payton Taylor was ready to show a packed house what she had been doing for a year.  Some had seen her before, but many had not.  One thing was clear, once she started to play, those who were busily playing with their Smartphones or chatting amongst themselves, turned toward the stage and they looked.  They had to.  Who was this redheaded woman dressed in black taking complete command of the largest stage in downtown Nashville?  With two huge screens on each side of that stage, Payton Taylor was inescapable, and it didn’t matter, because nobody was leaving.  Her short set was nothing short of explosive.  The new songs, co-written by Taylor and Wade Kirby and Phil O’Donnell were immediate hits among the audience at the Wildhorse.  This is often unprecedented with new music and an unfamiliar artist.  Taylor easily made a statement during that set. 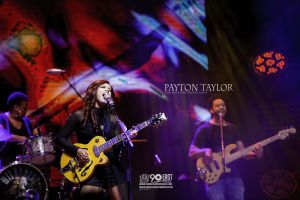 To give credit where credit is due, Wade Kirby and Phil O’Donnell also produced the songs on Taylor’s new record, which will be out sometime in the near future.  Kirby, a number one hit songwriter, hails from Albuquerque, New Mexico and has written number one singles for Blake Shelton (“Doin’ What She Likes”) and George Strait (“I Saw God Today”), as well as Top 10 singles for Parmalee and Easton Corbin and has had cuts with Faith Hill, Darius Rucker, Jason Aldean, Billy Currington, Tyler Farr and more.

Phil O’Donnell wrote number one hits “Doin’ What She Likes” (Blake Shelton), “Give It All We Got Tonight” (George Strait), and “Back When I Knew It All” (Montgomery Gentry), and also produced Craig Morgan’s six-week number one hit, “That’s What I Love About Sunday”.  O’Donnell, a native of Canada, also co-wrote on Parmalee’s single “Already Callin’ You Mine” and Easton Corbin’s “Yup”.  Other cuts include “More Trucks Than Cars” by Craig Morgan, “She Won’t Be Lonely Long” by Clay Walker, “Sounds Like Life To Me” by Darryl Worley and “He’s Mine” by Rodney Atkins.   His production credits include releases by Craig Morgan, Josh Thompson, Keith Anderson, Chris Janson, High Valley and Mark Wills. 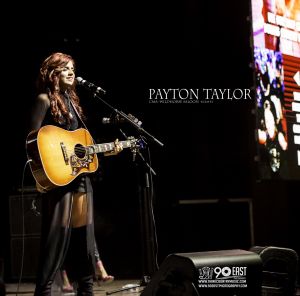 Without question, this last year has been a whirlwind.  Exhaustive hours of writing, recording, hosting a radio show and even carrying a full load of college classes to boot, there hasn’t been much time to breathe, much less think, but at least some of that hard work got to see the light of day, finally.  Payton Taylor’s show at the Wildhorse Saloon was a kind of sneak preview of what’s to come, and I asked her for her own take on it.  “To debut the new music at a place like the Wildhorse was a dream come true.  Before I took the stage, I knew I wanted to declare my direction for the new chapter that is coming for myself as an artist.  It was the culmination of a year of hard work behind the scenes, in the studio and in the writers’ rooms.”

Finishing touches are being applied to the new songs and while an exact date for release is yet to be announced, connect with Payton Taylor on all forms of social media for updates.