INTERVIEW BACKSTORY:  Parmalee visited with us during CRS 2018 and we managed to squeeze into the tiny interview cubicle as best we could.  The band consists of Matt Thomas (Vocals, Guitar), Josh McSwain (Guitar, Vocals), Barry Knox (Bass, Vocals) and Scott Thomas (Drums), so there’s four guys and anytime you get more than three human beings in that cubicle, plus whatever assorted things are being stored in there for the day, it’s tight.  It was crowded, but these guys are easy-breezy.  We handled the close quarters just fine.  What’s a little harder is transcribing tape of multiple people talking at one time, however, never fear, I got through that too.  The only thing that was impossible to do was distinguish who in the band was saying what.  So, just assume that every member of Parmalee was speaking in unison.  I know, it seems impossible, but they’re awfully good musicians, I think they could probably pull it off, even without knowing the questions in advance.  There, housekeeping matters out of the way, let’s go see what Parmalee had up their sleeves. 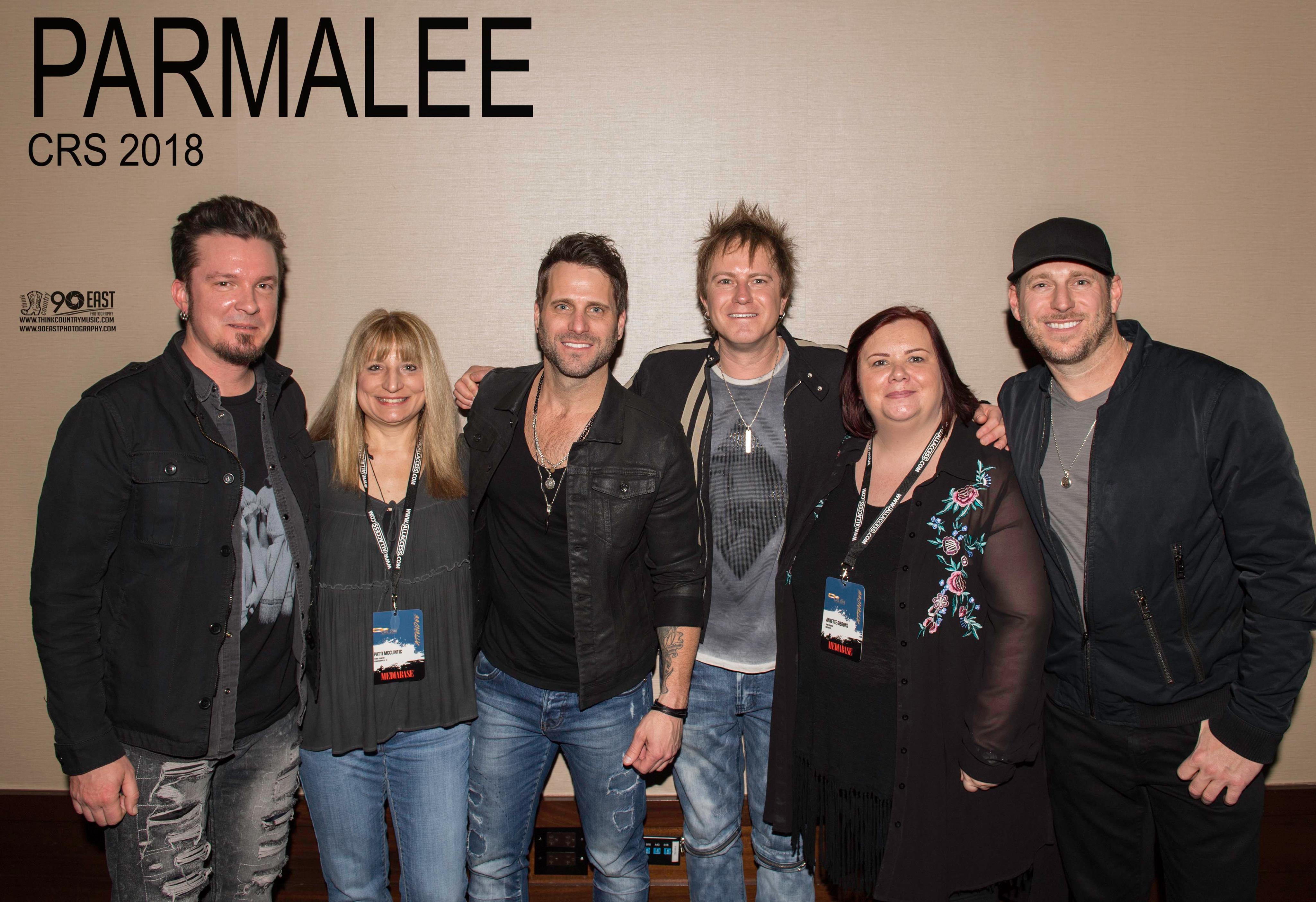 TC (Annette):  This is the first time I’ve got to interview you guys. I’ve been coming here for five years and you’ve always been elusive.

P:  Elusive? The Elusive Parmalee!  That sounds like Steve Irwin lookin’ for a walrus.

P:  Just here at CRS having a good time.  We’re still promoting our album that came out not too long ago.  It’s called “27861” which is the zip code to Parmalee, North Carolina where we started the band.

TC (Annette):  When did the album come out?

P:  It came out the middle of last year actually, so we’ve been touring all year.  Our single, “Sunday Morning” has been doing really good on Spotify so we’re excited about that.  It’s just crazy to think all those people listen to the song, it’s nuts.  That’s been great.  We’ve got some big things coming up for ACM’s, new material, shooting a video down in West Palm coming up soon, a big announcement on the next single and all I can say is, we’re about to bring the party this summer.  We’re about to bring the good times.

TC (Annette):  You’ve got a new single coming out and I take it you’re not going to tell us what that is.

TC (Annette):  When you get your number one with “Elusive” (indicating she probably deserves partial credit for the song and I feel this may have been the birth of a lifelong inside joke between Think Country and Parmalee) just saying, I want rights. (This elicited laughs all the way around.)

P:  It sounds like a pop song (starts singing “Elusive…”).

P:  You see, Southern people don’t use that term.

P:  That girl was so elusive. (Southern guy just used “elusive” in a sentence and it sounded fine.  If this word ends up in a Parmalee song someday, that’s the day all bets are off, I max out the credit cards and head to the UK to surprise Annette with a bottle of champagne, song credit or not.)

TC (Annette):  Is this song on the album?

TC (Patti):  Can we just ask if maybe we might have heard this song last night? (Parmalee performed at a private event the night before.  I told them I would keep this question off the record, but they told me as long as I didn’t mention the song title, it was alright to leave the question in.)

P:  It’s alright.  It’s not like it’s not out, but they just told us not to say anything.

P:  Yeah, the plan is to go down to West Palm, we have this tiki…

P:  Yeah, West Palm, London.  (Laughing) Yeah, we have a tiki bar boat that we have on call for this thing.  So, palm trees, tiki bar, on the water, party, water skiing, tans…

TC (Patti): And we weren’t invited?

P:  We haven’t sent out the invitations yet.

TC (Annette):  We don’t need to be invited, we’re just there.

TC (Patti):  That’s true, we already have a standing invitation.

TC (Annette):  Then after you’ll carry on with a tour?

P:  Yeah, we have several things in the works, we just haven’t finalized yet so it’s hard to say, but we’re excited about bringing the party atmosphere to the show, maybe releasing some new songs, touring all summer and just having a good time, because that’s what we’re here to do. 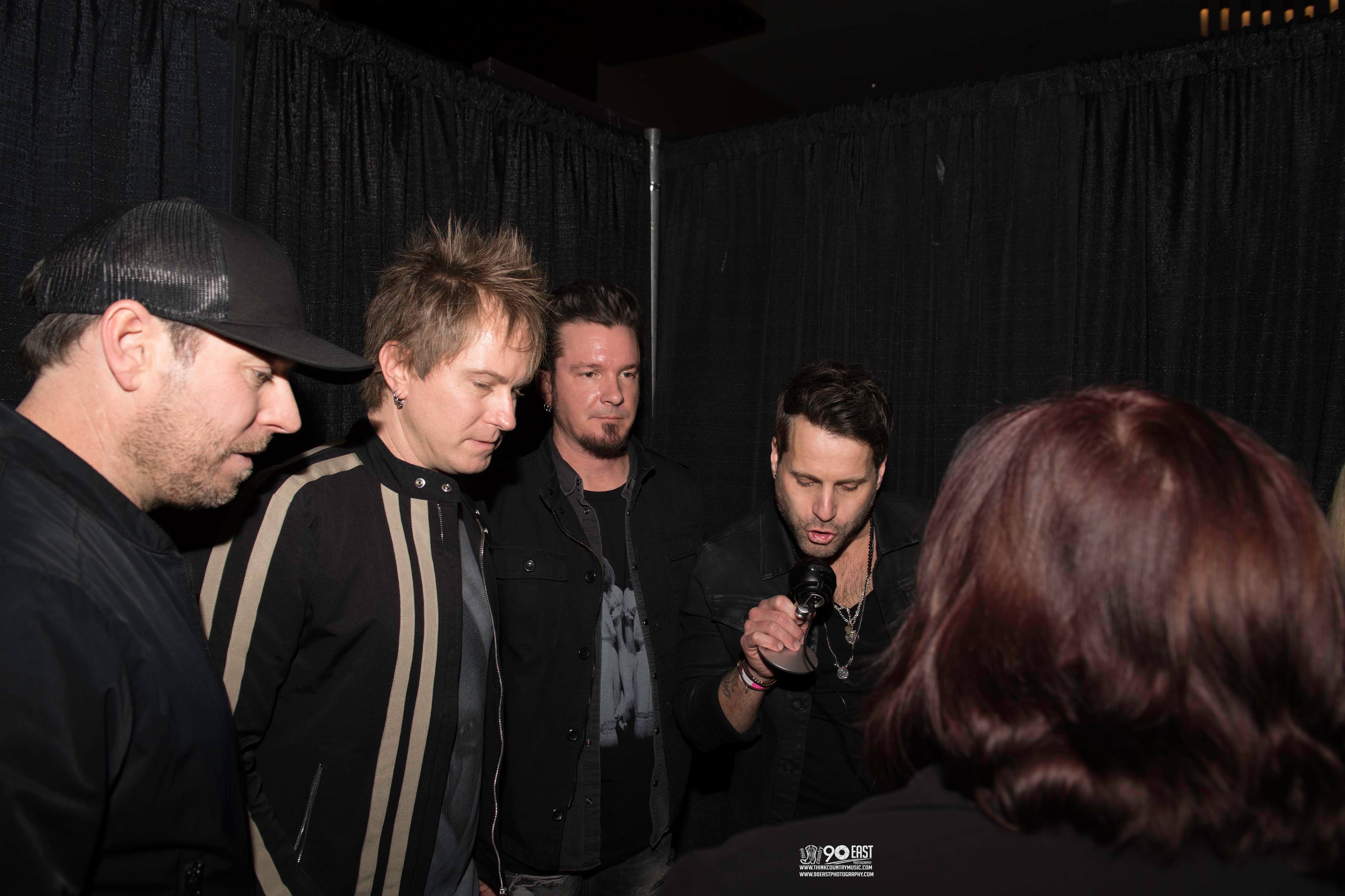 P:  The conversation came up just the other day with our new manager, and now that we’re with BMG and it makes sense, it’s just a matter of routing and putting it all together.

TC (Annette):  A lot of their artists are coming over and the head of their international side and I work closely together.

P:  Well, get us over!  Do your thing and just work it out.  I mean, I think the label has a big part to do with it as well.

TC (Annette):  Oh yeah, but you have a lot of fans there.  You’re going to play the songs and they’re going to know them and sing them back to you.

P:  I can’t wait.  Well, maybe like top of next year that’ll be our first thing to do, or the end of this year.

TC (Annette):  There’s a few questions we’ve asked everyone, and I have a feeling I know what your answer is going to be.  We’re in Nashville now and there is an artist bar on every corner, whether it’s Dierks or Florida Georgia Line.  We’re opening a Parmalee bar. What is it going to be called and what’s the theme?

P:  The “Musta Had a Good Time Bar and Grill”.  That’s what’s happenin’, the Parmalee thing.

(How perfect is that?  If you know even the least little bit about this band, you know that “Musta Had a Good Time” is probably the song they’re best known for.  It’s a GREAT song.  If you don’t know it, get on Spotify right now and listen while you’re reading.)

TC (Annette):  What’s the theme going to be?

TC (Annette):  I thought you were going to say PBR.

P:  What was that?  Oh yeah, Parmalade!  Parmalee’s version of hard lemonade.

P:  There’s gonna be a dog permanently on the roof.  There’s always gonna be a band playin’, probably with a couple black eyes.

P:  We do have our favorite dishes, like this place back home in North Carolina cooks the best biscuits and fried chicken, so we’re gonna have that on the menu.  We’ll have steamed oysters.

P:  We’ll have Parmalee signature pimento cheese, sample sausage.  We have all these things we grew up loving that we can’t get anymore, Carolina style cheeseburgers, there’s just certain things that you remember having growing up that we’d like to have at the “Musta Had a Good Time Bar and Grill”.

TC (Patti):  Can we open this tomorrow?

TC (Annette):  Okay.  You’re top of the game.  You’re headlining.  Who do you take out? Who’s opening for you?  You are at the top.  You can have ANYONE open for you.

(There’s some quick discussion between the guys.) 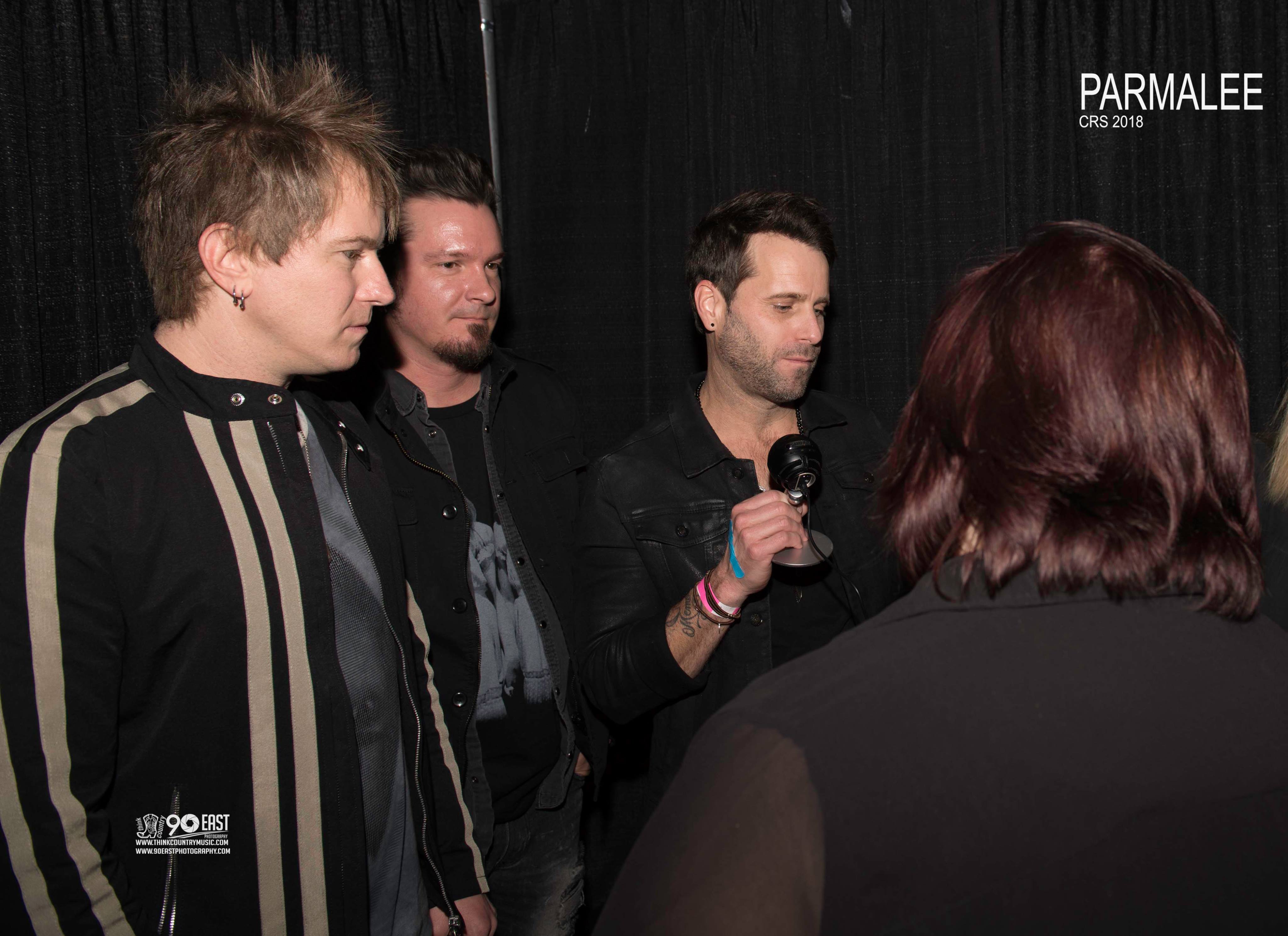 TC (Annette):  That would be a show.  Bruno Mars opening for Parmalee.  What venue would it be in?

TC (Patti):  Last time she was backstage and I was front row.  This time we’re switching it around.

TC (Annette):  So, if you had a message to your fans about what’s happening next for you, just in a few words, how would you sum up what they should be waiting for from you guys?

TC (Annette): Now, kind of to wrap it up, since we’re Think Country, if somebody asks you to think about what country means, what do you think?

P:  It’s about an hour and a half west of the coast.  Greenville is the closest big city.

TC (Annette):  Raleigh-Durham.  Flown in there many times.

TC (Patti): Is it anywhere near Jacksonville?

TC (Patti): Our daughter lived there when our son-in-law was in the Marines Corps.

P:  Really?  We’re about an hour northwest of Jacksonville.

TC (Patti):  Not much going on in Jacksonville except tattoo parlors and strip clubs.

TC (Patti):  They do have the beach though.

P:  That’s what we miss most about being here.  We love this place, but we miss being an hour from the…

(It was inaudible on tape, but somebody must have interjected with “strip clubs” right here)

P: …well yeah, the strip clubs too, there’s some good ones here too though (laughing again), but the beach.  Just being able to pack up and go to the beach or go fishing or just hanging out by the water or anything, you know.

TC (Annette):  Well, our time is up, but it was so good to talk with you, thank you so much.

PARMALEE can be found: