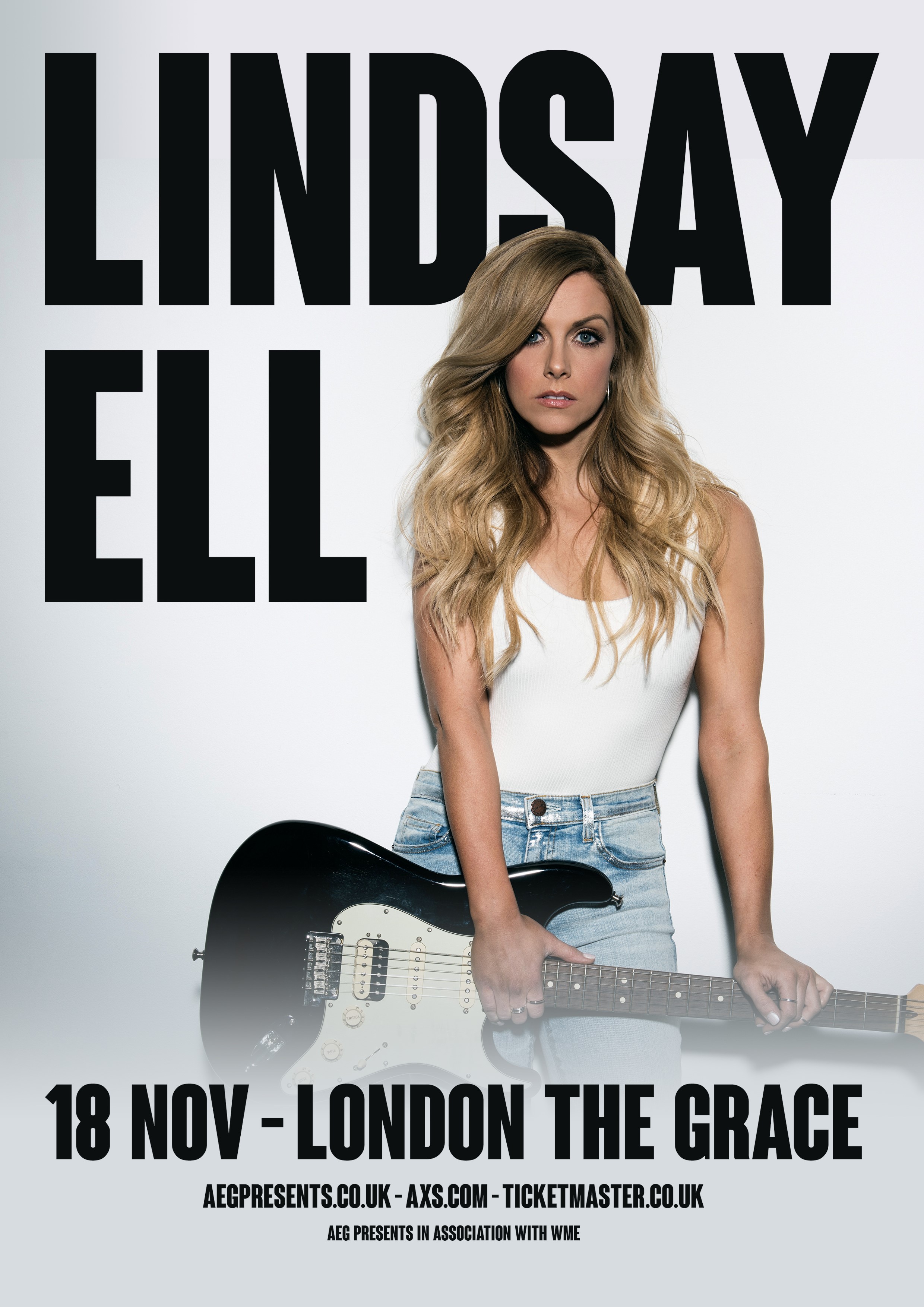 Prior to her tour of Germany opening up a string of dates for Ben Zucker and fresh off the back of her first ever number one song at Country radio in the United States: ‘What Happens in a Small Town’ (partnering Brantley Gilbert) it was inevitable that Lindsay Ell would be able to fit in a brief visit to London on route.

The one off show at The Grace in Islington was her first headline show in the UK for just over a year and first shows here since May when she was opening up for Chris Young. Ell has been a regular visitor to these shores for over 6 years now since she first joined The Band Perry on tour back in 2013 and her popularity and dedicated fanbase has continued to grow more and more with every trip culminating in this show selling out very quickly.

As has been overly familiar with seeing Ell on stage there is heavy focus on her interaction with the audience which she does so beautifully with her warm and fun persona which compliments her evident outstanding craft as a guitarist which she demonstrated with finesse all the way through her 14 song set.

Standing on stage just herself, a guitar and a loop pedal (which seemed to have a mind of it’s own later in the set as she reverted to playing purely acoustic for the final 4 songs) is a familiar site for fans seeing Ell but she demonstrated there is much more to her as an artist than just a highly skilled guitarist whilst she delivered a set predominantly filled by tracks from her 2017 album ‘The Project’ which her fans are familiar with and allowed the crowd to be singing along to virtually every track.

Opening up the show with an extended guitar introduction into ‘Mint’ which was intertwined with ‘Ain’t No Mountain High Enough’ originally released by Marvin Gaye & Tammi Terrell then later made famous by Diana Ross set the tone for the evening where she was glowing on stage in every level delivering slick guitar word combined with her vocal prowess.

Extensive crowd singalongs continued with ‘Champagne’ and ‘Waiting on You’ before we got the first taste of new music since ‘The Project’ where she unleashed current single ‘I Don’t Love You’ which Lindsay talked to us about when we caught up with her earlier in the day (which you can read about HERE) and said it was a song that she really connected with that was almost written for her when she first received it as the first introduction to her new album expected next year.

There were more tastes of new music with early introductions to ‘How Good’ and ‘Not Another Me’ which again progress the idea of her forthcoming record being a reflection of where she is in her life and how she has become fully comfortable and happy with who she is since the release of ‘The Project’ to show what else we can expect from Miss Ell.

The set also contained covers of Lewis Capaldi’s worldwide smash ‘Someone You Loved’ which is now nominated for Song of the Year at the Grammy’s, the Stevie Wonder classic ‘Signed, Sealed, Delivered’ and ‘Stop This Train’ from John Mayer’s iconic ‘Continuum’ record which Ell re-recorded her own version of the record last year all contributed to the craft and diversity that the Canadian can produce in her live performances.

Following on from crowd requests she performed ‘Space’ which to many fans is the absolute favourite track from her previous record and the Caitlyn Smith, Heather Morgan and Maggie Chapman penned song always reflects her ability as a vocalist that is particularly enhanced in the acoustic setting she was drawn into following the loop pedal difficulties which ultimately proved almost a blessing in disguise for the audience in London.

Before ending the set with her biggest solo charting single to date ‘Criminal’ Ell teased that she can’t resist the opportunity to play shows in her “second home” and with a pending trip to the European mainland for the Country 2 Country dates in Amsterdam and Berlin next March it will be interesting to see if her schedule can accommodate a few days on the British Isles where hopefully we will have a few more new songs ready to hear from her pending new record.

Stunning new EP ‘Rise Above The Ashes’ from Lily Garl...