Following the release of her latest EP ‘The One’ this summer and a much-anticipated national US TV debut on NBC’s Songland, Nashville-based singer/songwriter Olivia Lane has announced her return to the UK in February for a run of five headline tour dates, with additional shows to be announced in the next few weeks.

With her previous singles ‘Hey 3AM’, ‘You Got Me’ and ‘So Good It Hurts’ gaining radio play on both sides of the pond including from BBC Radio 2 (Bob Harris) and BBC Radio Scotland (Ricky Ross), the announcement ties in with the release of a brand new piano version of EP favourite ‘The Cape’ (listen here).

Looking forward to the tour, Olivia said: “There aren’t enough words to express my excitement about coming back to play in the UK! I love the people and the culture.” Tour dates below:

Tickets will be on sale at 10am GMT on Thurs 21st Nov. 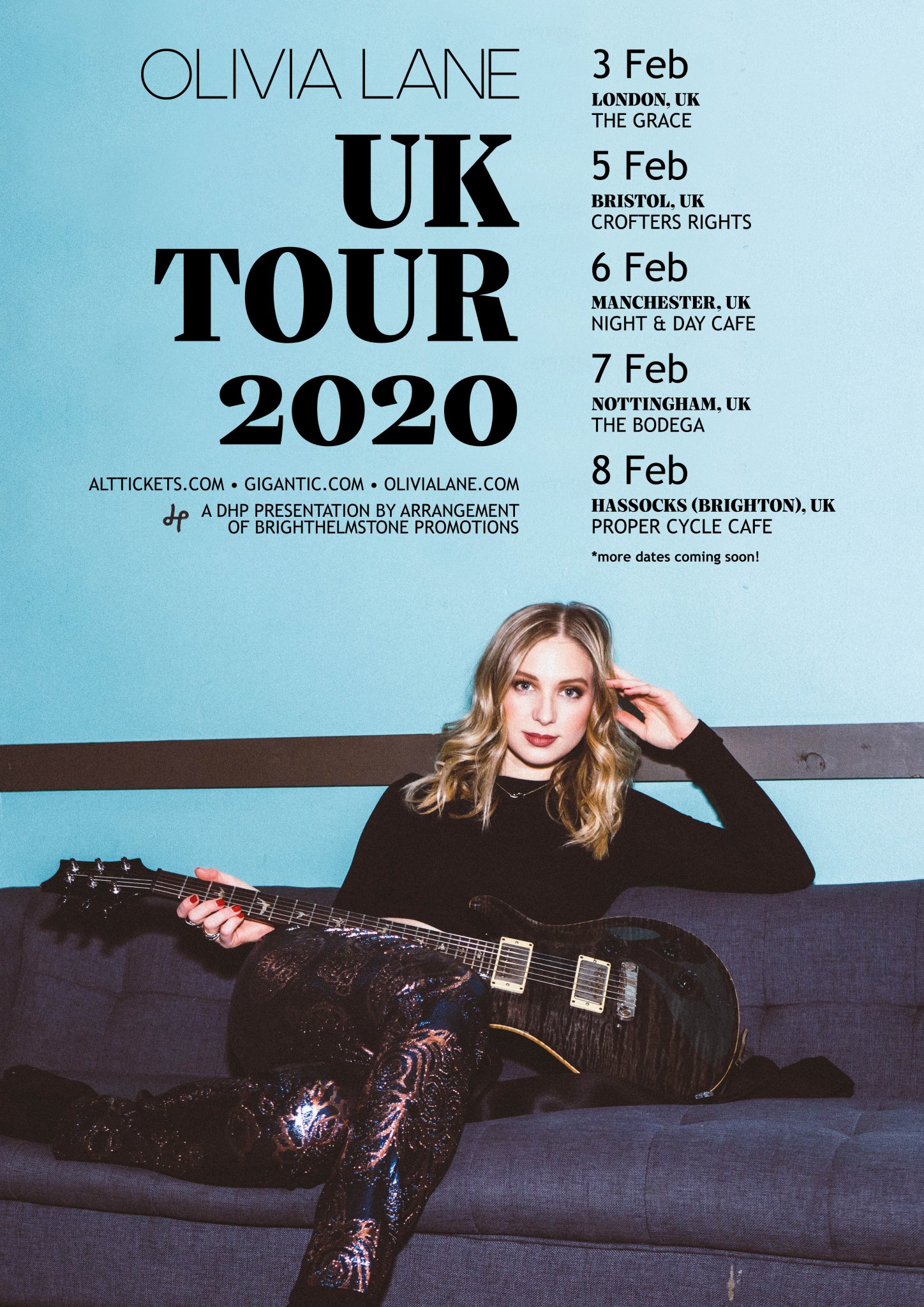 Country songstress Olivia Lane is a Houston-born and Nashville-based singer, songwriter, multi-instrumentalist, and performer. She started entertaining during her formative years, and immersed herself in records by Shania Twain, Frank Sinatra, and Carole King for inspiration very early on. Garnering a loyal fan base after the release of her self-titled EP in 2016, Olivia has received widespread praise from major publications like Rolling Stone, Taste of Country, Billboard, Music Connection, and more in addition to a cumulative stream tally in excess of 20 million. In 2019, Olivia released her latest EP ‘The One’ to rave reviews, and was a featured songwriter on NBC’s premiere songwriting competition series Songland. With a catalogue of impeccably crafted tunes along with critical adulation in and out of the industry, Olivia is poised to take the next step in her burgeoning career.

TC in Conversation with Lindsay Ell