If you liked Old Dominion’s first album Meat and Candy, then you are in for a real treat as their new album ‘Happy Endings’ is being released on 25 August. 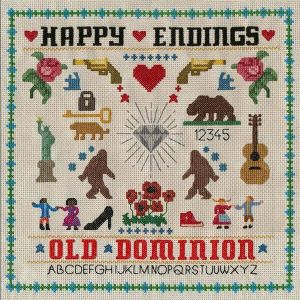 When Think Country’s regular interviewee, Annette came down with laryngitis she drafted me in to save the day (woo hoo). As a self-confessed super fan I basically had 24hours to contain my nerves and excitement. Well I said contain, I am not sure I did… Sorry Matt…

Hi Matt, how’s it going? where are ya?

Matt: Hey, I am in the middle of nowhere in Utah right now.

Matt I have a massive confession need to fess up straight away, I am not your usual PR dude, I am a massive super fan and I have never interviewed anyone before so you need to bear with me as I am so nervous…

Matt: Sure thing, don’t be nervous.

I love the new album; I am over the moon that Happy Endings is just as good as Meat and Candy. Was it nerve racking putting out a second album?

Matt: It is a little nerve-wracking to put out a second album. We couldn’t have predicted what Meat & Candy did what it did and we can’t predict what this one’s going to do, we can only try and write some music that we love and hope that it connects with somebody.

You are known for your witty lyrics that shines through in Happy Endings too, whose style is that? How was the style born as it is so unique?

Matt: I think that’s just the product of our chemistry together, the trick of writing a song is to try and say something that’s already been said in a different way. There are only a few things that people really write about and the trick is to make it interesting.

It’s always about love, or heartbreak, or life but you just try to say it in a unique way, in a way that will maybe spark some interest from a different angle.

It’s lush but it’s always so hard to learn the words!

Matt: Yeah it does make it tricky the shoe shopping rant is a little hard but once you get it its easy – that’s what Matt thinks 😉

So how does the writing process happen? How do you decide to write a song about shoes?

But Shoe Shopping, I was actually in the shoe department of store and it was really busy and there was lots of ladies trying on shoes and it was just really interesting to watch them all looking at themselves in the mirror and I was like wow look at all these ladies shoe shopping, and then just the way those words rolled off my tongue felt good so I put my bags down and I typed out shoe shopping in my phone. I had no clue what that was going to be but I brought it into the writing session and said I have this idea called shoe shopping and then we wound up with you know if you’re shoe shopping try me on for size.

But what were you doing in a ladies shoe store?!

I hope she got some shoes out of it?

Matt: Yeah she sure did.

Writing must be so hard given you are always on the road, do you have writing sessions or do you write them while you are on the road?

Matt: Both. Sometimes we are just hanging out on the bus with a guitar or whatever we start writing or sometimes we are at home we schedule, say, I’ll see you Tuesday at 10 in the morning and write, so it’s kinda both.

What’s it like to be in a band? What are the up sides and downsides?

Matt: It is super cool to be in a band, it is very cool but also it is extremely hard, dealing with five guys egos and opinions, it is definitively hard but it is good that we are all friends but we are a self-policing outfit, anytime anyone gets a big head, you get your bubble burst pretty quick and then you know you’re on the road constantly, it’s not as luxurious as it can appear to be, it’s crappy food,  like right now I am in the middle of Utah somewhere, I don’t know where I am from day to day. So it can get tricky.

How does that work with families? I know you all have wives, girlfriends and kids…

I can imagine a few years back when you were playing some corporate gig dreaming of what It must be like to be a successful band, so do you have those moments when you’ve got Goosebumps when you think ‘wow we really are making it’?

Matt: We get those all the time. I had one the other day when we were playing a festival in Michigan, the festival is called faster horses and the last song we played was ‘a song for another time’ and you know there were probably 30,000 to 40,000 people there and you could just see when we started the song the crowd were physically raising up. People were getting on shoulders, phones were coming out and when we hit the chorus it exploded the crowd just blew up it was an incredible moment to see the energy explosion coming from a song we created. We had an idea one day and thought ‘wonder if that would be a cool song, then we wrote it, then it made it on an album and then it made it to the radio and then it made it to a massive crowd of people that are clearly making it a part of their lives which is really incredible to see, it’s unreal.

When you were in London you kept saying ‘how do you all know our songs’, did you imagine the impact you would have over here in the UK?

Matt: No, I was actually talking about it yesterday cause I have done some other interviews and I said to the guys “man, you know when I talk to them over there they talk about us like we are bigger than what we are”. We don’t really know, we still don’t really know what the kind of impact we are making over there as we have only been over that one time and it was incredible. We walked out of there thinking, wow that was different than we expected so now that it’s been so long since we have been back we are excited to see how its grown over there as we have no clue what we are walking into.

But do you actually realise that a lot of people are going to see Thomas Rhett because they want to see you, I am going to all the shows is that a strange concept to get your head around?

Matt: No that’s a surprise to hear, it’s awesome I think we are going to have a blast over there. 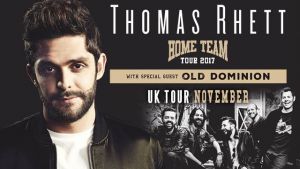 So how did that come about with Thomas, as not everyone wants to come to the UK?

Matt: Yeah you know, it’s something that has been on our radar for a long time, we want to build this into a world-wide thing we don’t just want to be a United States band you know that’s what Thomas Rhett wants too so he is a good fit for us, we are friends with him, we get along great so it made sense for us to come over with him. It’s hard for us to wrap our heads around where we stand over there. So it made sense for us to go over with a more established act and kinda build a grand swell of a following like we did here in United States, just tour and tour and tour and build a grass roots fan base that’s what we want to do over there too.

So does that mean then that there’s a chance that by proving to you how popular you are going to be when you come over here, that you are going to see that its worth coming back to do your own tour (bearing in mind yes is the only right answer!)?

Matt: Yes that is absolutely the goal, that’s we are working towards.

YES Matt that is absolutely what we wanted to hear!!!

Matt: Well that’s the goal, we want to come over and do our own headlining tour that’s definitely the plan.

Everyone wanted to know what’s been your favourite live performance?

Matt: That’s really hard, there are so many like last night you never know what you are walking into, we were in Colorado in a tiny town no clue where we were we parked up in a dirt field, it was kinda of a boring day and then when we walked on stage it was an incredible show there were thousands of people and insane energy we could have never predicted that. Every show is different it’s impossible to pick a favourite. 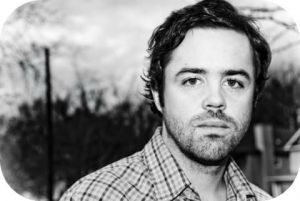 Well you did so well considering you have never done this before.

Phew I just about managed it! What an awesome guy and an awesome band I really wish them the best for the amazing new album and I hope they achieve their dream to be recognised around the world.  See you soon OD (can’t wait).