After my disgust at the concept of chicken and waffles (you can read more in my previous diary entry HERE), Sunday morning needed a change of scenery. We joined 2 of our friends as we decided to live the American Dream and head out on the road through the South in a Dodge Ram 1500! Simply put we rented a big ass truck! This is channelling my inner Michael Palin (the chaos we got up to in Nash did at times resemble a Monty Python sketch anyway) with more of a travel journal as we got out to some different places which I thought would be quite cool to talk about as Thinking Country isn’t all about Nashville and the music!

We headed South West towards Memphis grabbing some food in Jackson, TN on the way which was interesting to say the least. It’s very odd to us Brits to see a lot of places not open on a Sunday so we went to the only place that we could find that and resulted in all 4 of us being put off with fried chicken for a while as what we had was not very nice! This is not the norm of fried chicken we have had over here before but the batter was really flakey and there was far too much of it compared to the amount of chicken (the way it is served this could explain why the infamous sailor the food chain shares its name with chooses to eat so much spinach) but it was food none the less.

Rather than stopping off in Memphis we kept going south into Mississippi where we drove for miles and miles off the beaten track through so many towns that literally had nothing more than a church, FYI there are a lot of churches in Mississippi! We were heading to Clarksdale which is renowned as one of the most significant places for influencing blues music. However on the way through we did drive through a tiny little town called Sledge, which some of you may recognise as the birthplace of the great Charley Pride so was good to sample some country heritage in Mississippi too!

Clarksdale down in the Mississippi Delta is world renowned as one of the most influential places in the history of blues music. Like how Nashville lives and breathes country, Clarksdale does likewise for the blues. The centre of the town is marked by a sculpture of some guitars at The Crossroads to highlight where legendary musician Robert Johnson allegedly sold his soul to the devil in exchange for musical talent and success. We headed to sample some of the different sound for the evening and went to one of the town’s most iconic venues. 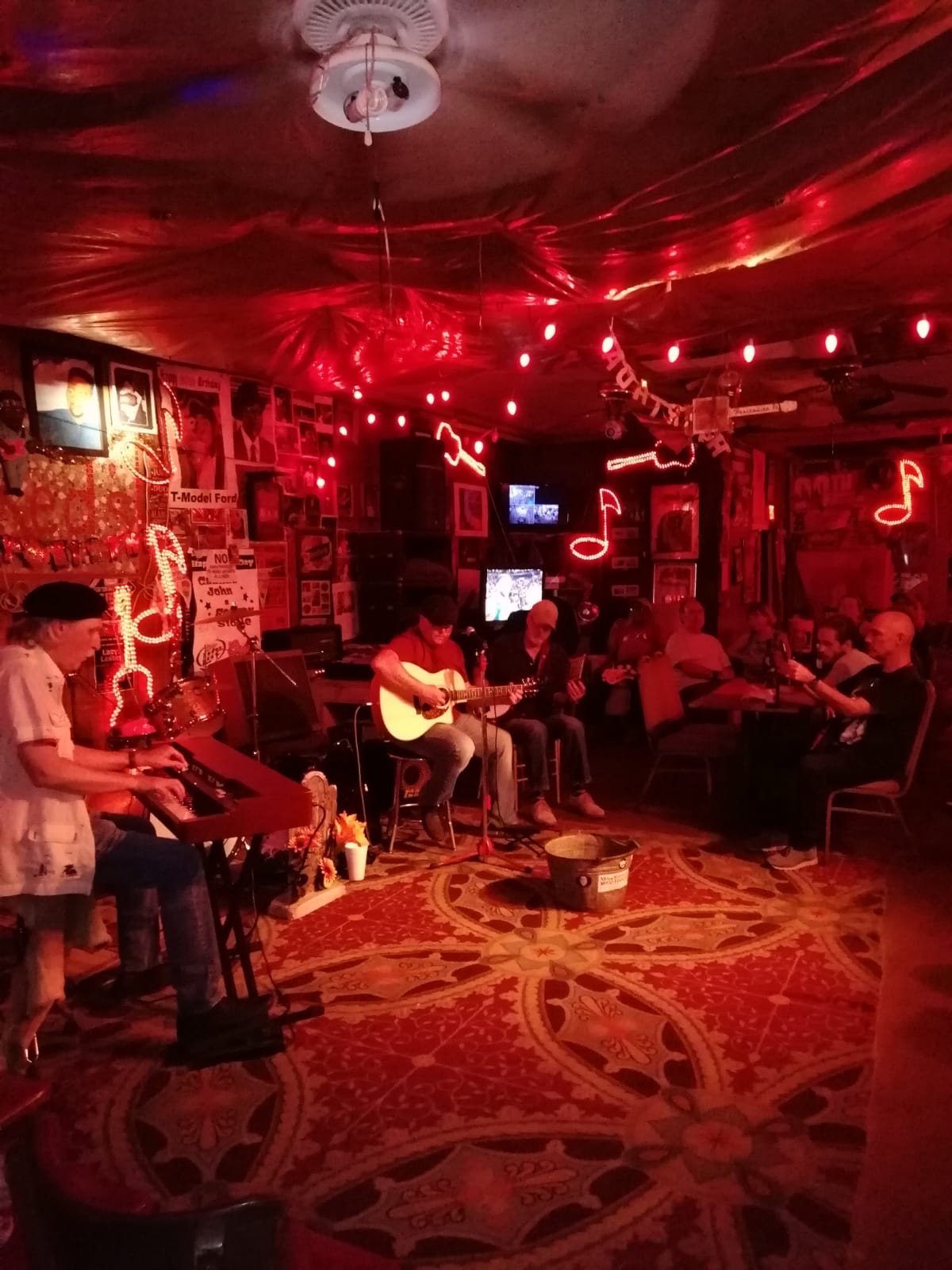 Red’s Lounge is a mecca for blues fans and this no frills juke joint is as authentic as things come and an absolutely fantastic experience. You may not know it is there when you walk past it, the bar inside is bottled beer out of a cooler, everything is cash only for the drinks, cover or tipping the band, it’s basically like sitting in someone’s front room (Red himself was found sat in the corner watching basketball on the small television where you would get nods of approval to the live music when it warranted it) but it is a special, funky and intimate experience in a really cool place to check out a different sort of music of the highest calibre. The passion of the musicians and the people there to experience it is deep similar to a level you encounter in Nashville where the stories behind the songs is so unique and real. We were treated to a great night by Mark “Muleman” Massey (who was a protege of the late, legendary blues musician Big Jack Johnson) and Grammy award winner Billy Earheart which brought us a great appreciation for this special genre. 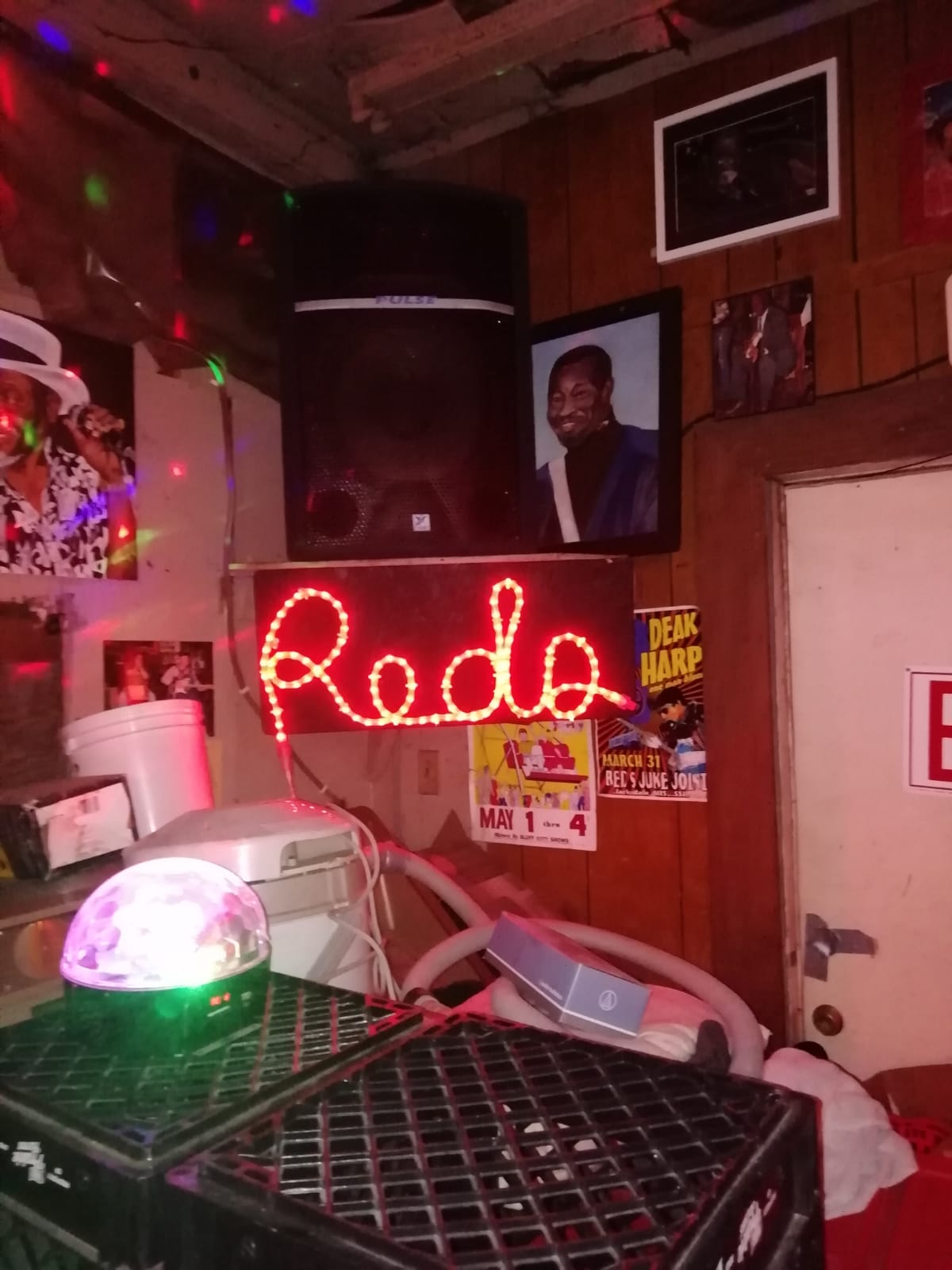 The next morning we began the journey from Mississippi to the Smoky Mountains. This is quite a long drive taking around 8 hours in total so we broke it down and first stopped off in Tupelo, MS at our favourite Seattle based coffee chain for a blast of WiFi and to use the facilities. Carrying on the musical history lesson it is Tupelo and not actually Memphis, Tennessee that is the birthplace of rock and roll’s greatest performer Mr Elvis Presley. To reiterate I do love Starbucks and yes I am proper basic or if you want to put it differently a coffee snob but the caramel syrup is better over there and my trip to the States finally took me off cow’s milk as I am now having soy milk as standard.

Our next stop was the half way point of our day where we came across a lovely place called Decatur on the banks of Wheeler Lake in Alabama. We were looking for something fairly quick for lunch and on parking up in the centre of town we saw a deli across the road and that would do. This wasn’t a deli as we would think in the UK but The Brick Deli & Tavern almost appeared to be the hub of the town. The food we had to take away was absolutely perfect but it was also a bar with some games tables at the back and also the closest thing I came across in the United States to a typical British beer garden. The hospitality and warmth that 3 Brits and an Australian received from the staff and the locals just passing through the town was really special and we all really appreciated it. Obviously as I may have mentioned once or twice I take no shame in admitting that I have a tendency to be basic so when in Alabama you just have to have sweet tea! Without stating the obvious it is really really sweet but a lot nicer than I expected it to be and I actually quite like it – but not entirely sure I would be able to drink it regularly as you are well aware when drinking it that it is probably not very good for you. 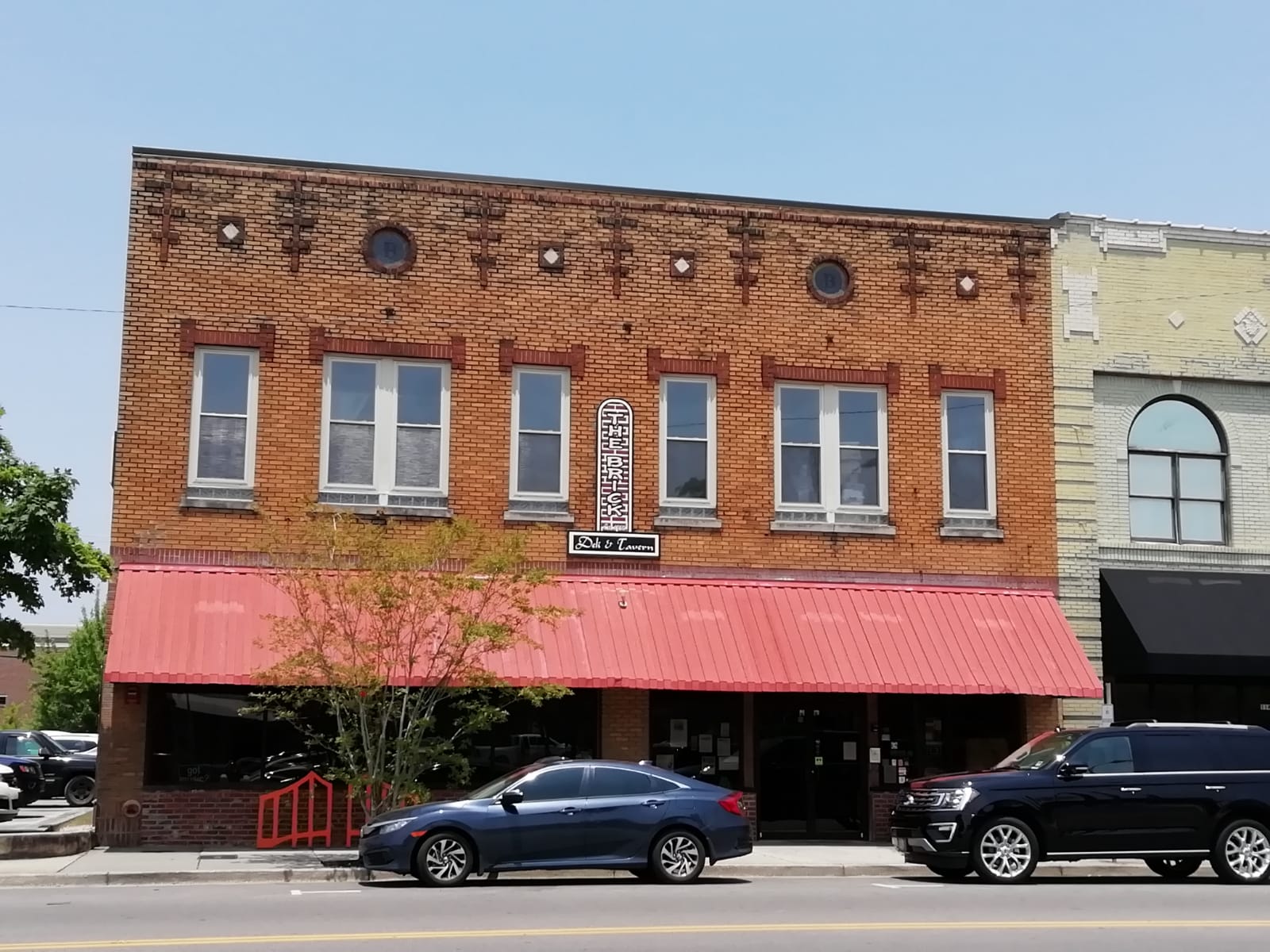 Our third and final stop on route was a city that I definitely want to visit again and spend considerably more time there in future. Chattanooga, Tennessee is quite possibly the prettiest and coolest place I have ever been too! I love the whole cleanliness of the place and almost has a surf town vibe similar to what you see in American TV and films with the park at the Waterfront. There are loads of cool vintage and boutique shops similar to what you would find in The Lanes down in Brighton along with some really cool coffee shops and bars so considering it is only 2 hours on the road from Nashville this is definitely somewhere I would recommend spending at least a day if you are heading to Tennessee.

Our destination was Pigeon Forge where after getting well supplied at the local Walmart we drove down the strip on route to the cabin we were staying at in the mountains. I am just going to leave describing Pigeon Forge as the title to this piece! Nobody actually tells you what to expect or what you will see driving through here or Gatlinburg but trust me it is an experience! “Oh My God! Is that the Titanic?” is pretty much the best way to sum up our reaction and considering this is where Dollywood is you may not be surprised that the area is a bit eclectic! 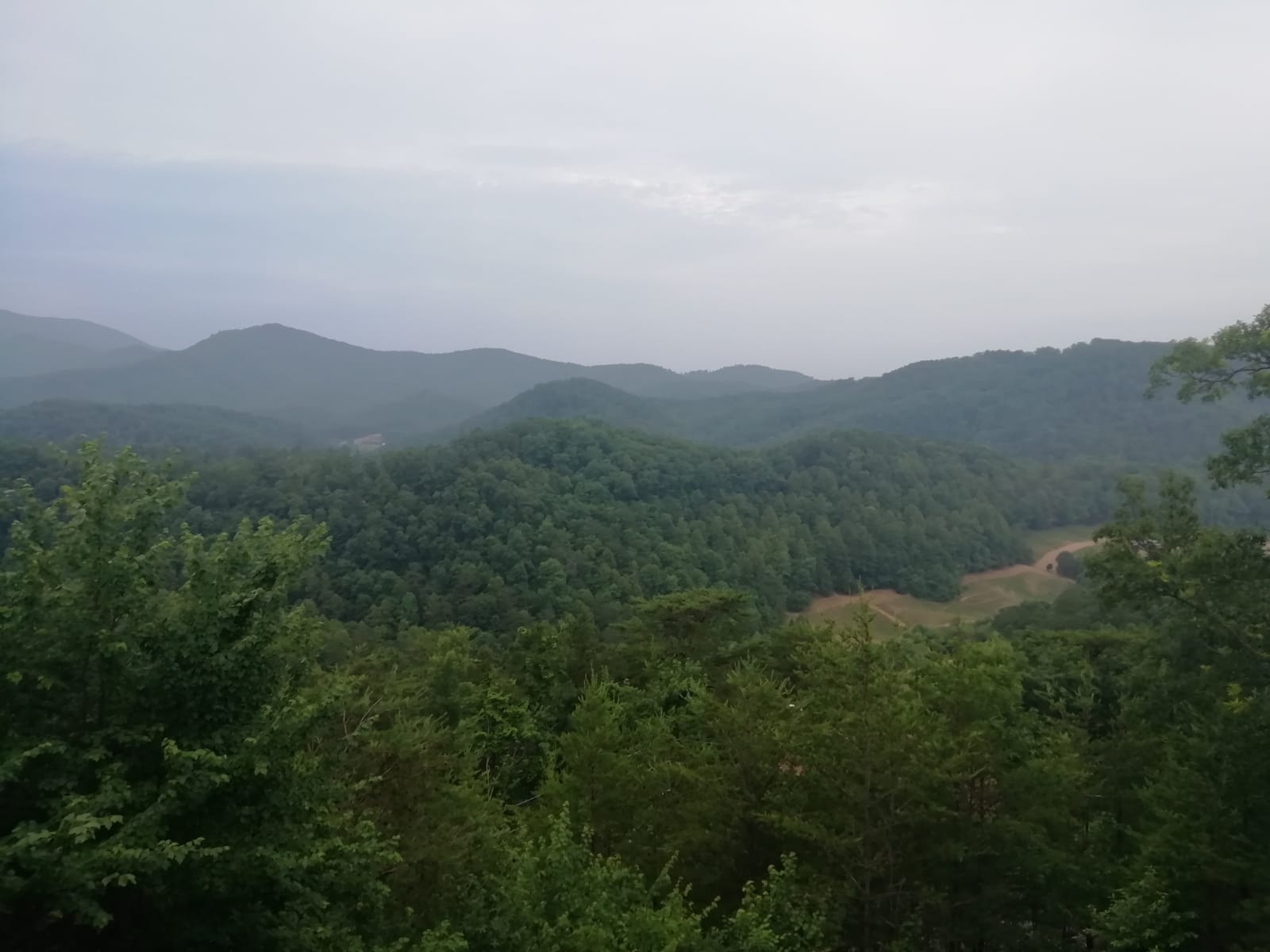 However once you start getting up into the mountains, that whole perspective changes! Without question the most jaw dropping scenery I have ever seen! There were 5 of us staying in a cabin up in the mountains just on the way out of Pigeon Forge where we had 2 nights absent of WiFi, very limited phone signal, a bbq, plenty of beer and a hot tub which was absolute paradise! 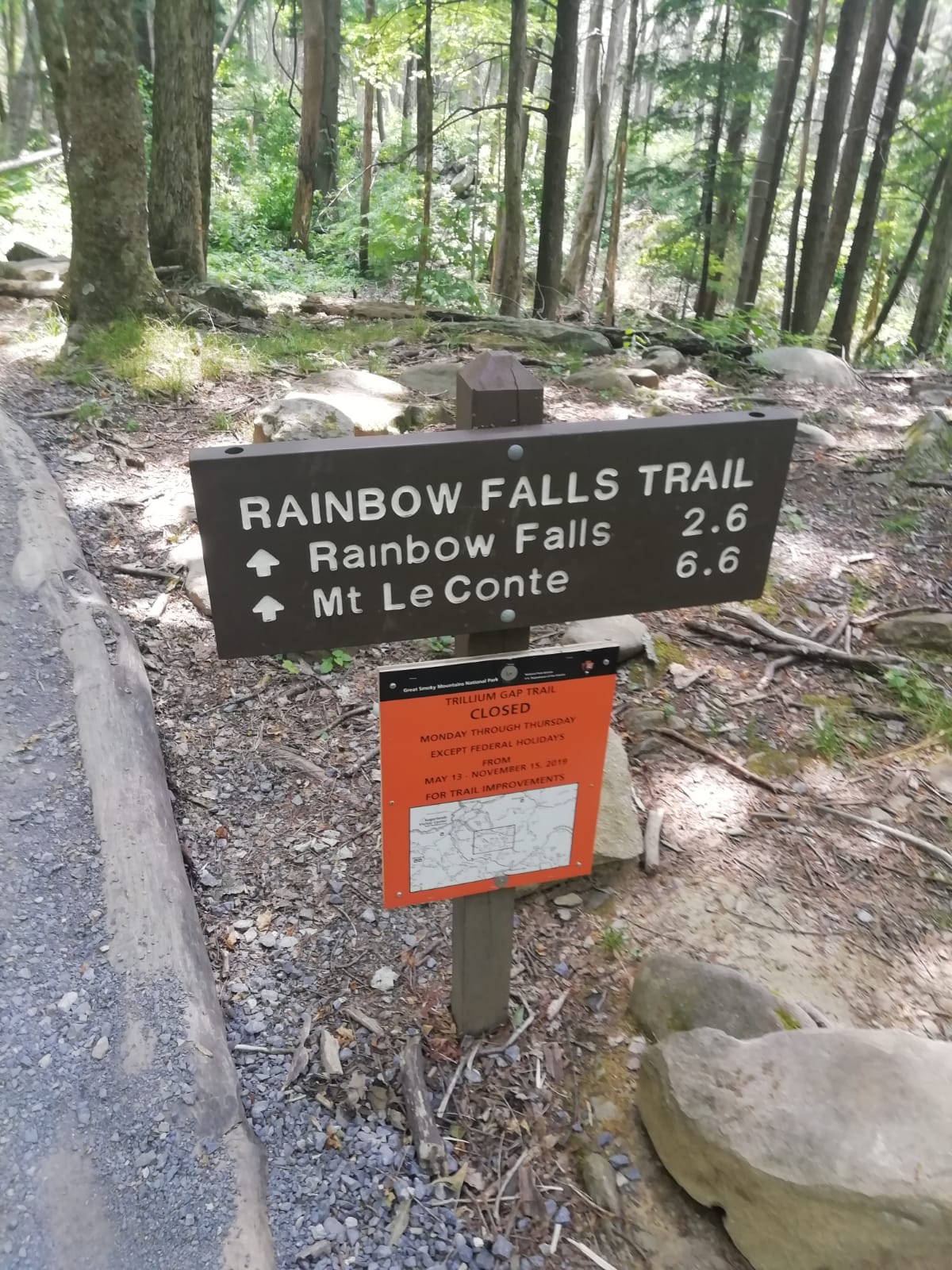 For our full day in the Smoky’s we headed through Gatlinburg and into the National Park itself which turned out to be one of the best decisions that we had made. The view from our cabin above was enough to leave you speechless but the serenity and tranquillity you experience walking through such natural beauty is something I would definitely recommend. We headed up the Rainbow Falls Trail which is around a five and a half mile round trip up to the falls itself and is really worth it! The hike itself is not gentle but I wouldn’t have said it was excessively challenging and our whole trip took around 3 hours to the waterfall and back including some playtime at the falls. The scenery is unreal and you are under the cover of the treeline so are shaded the majority of the way. I sort of overlooked this in thinking about planning my trip but so worthwhile and 100% was an absolute highlight of my second trip to the States that I would definitely want to do more of again in future and even inspires you to want to explore more of the outdoors in our own country. For more info about the trails and particularly Rainbow Falls check out their website HERE. 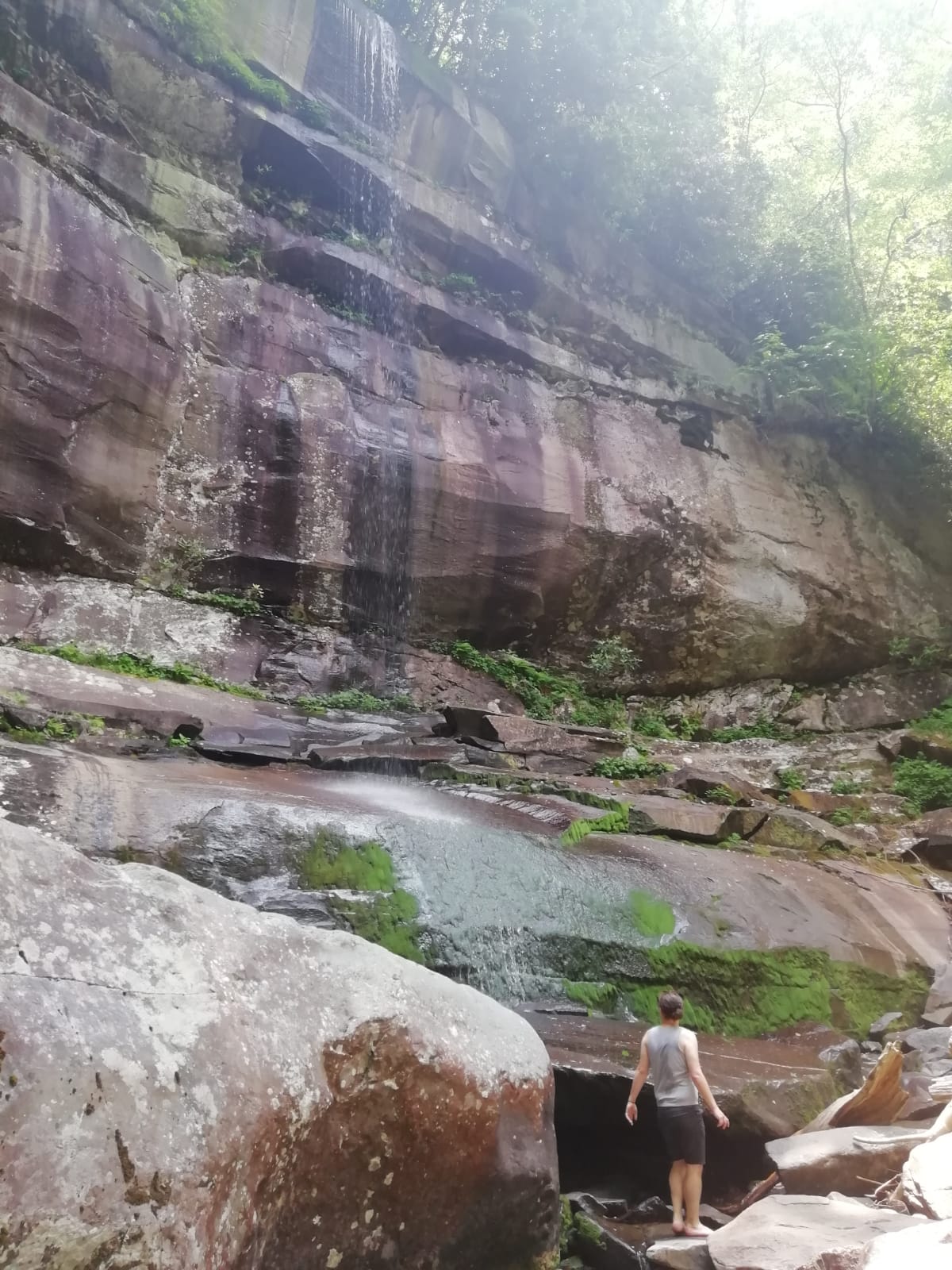 The next morning after enjoying the gorgeous sunrise in the mountains we got back on the road driving back through Pigeon Forge to check there really was an upside down house, The Titanic, King Kong on the side of a building and a Mount Rushmore type sculpture of Charlie Chaplin, Elvis Presley, Marilyn Monroe and John Wayne before heading back to Nashville (via Starbucks in both Pigeon Forge and Knoxville) to meet up with the rest of our large UK contingent on the roof of Tootsies!

I know we drunk quite a lot of beer, I know we had a really decent crowd of us, I know we also were in Redneck Riviera and The Stage AGAIN and I remember seeing Dan + Shay and Kane Brown on the stage down below on Broadway (I think Toby Keith was also on there too?) as part of the CMT Awards which to be honest is quite good going because I don’t really remember too much more about the evening but that sort of implies it was a really good night! The adventure continued in my 3rd diary HERE where we got round to Day 1 of CMA Fest itself!

My Interview with Travis Rice – My Pick for Best Unsigned M...