Acclaimed Canadian singer songwriter William Prince has announced a headline tour of the UK and Ireland for March 2020.

The five-date tour will start at Rough Trade, Bristol on March 29th. He plays London’s Omeara the following day, before calling at Manchester and Glasgow to finish at Whelans (Upstairs) in Dublin on April 2nd. Tickets are on-sale now via https://www.williamprincemusic.com/tour

William will be touring in support of his forthcoming second album Reliever, released on February 7th via Glassnote and available to pre-order here.

The stunning record is a grand reflection of the inspired songwriting of William Prince. Reliever plays as a contemplation on the healing and comfort he has found in himself since the release of his critically praised, Juno Award winning, debut album Earthly Days in 2018.

The release of ‘The Spark’, the lead single from the new album Reliever, has proved a radio hit and has been added to the Radio 2 playlist this week. In the US, the new record is seeing William touted as one of the hottest new names in Country/Americana by the likes of Rolling Stone, Paste Magazine and many more.

William returns to the UK and Ireland this year following his supporting run with Yola at the end of 2019. 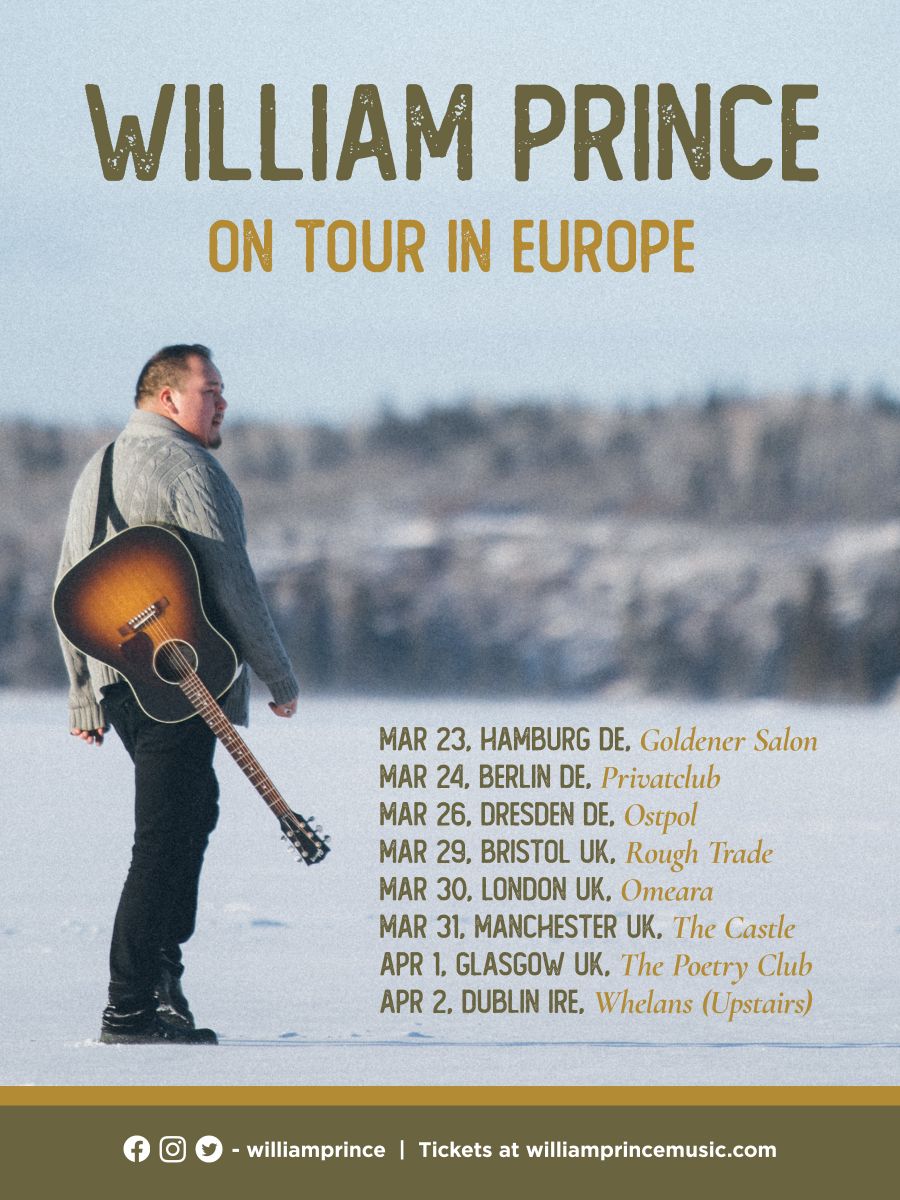 Ahead of upcoming UK appearances at C2C Festival in March, Tanya ...