Mercury Nashville recording artist Travis Denning’s highly-anticipated debut EP BEER’S BETTER COLD, is available today. Six diverse tracks (five of which Denning co-wrote) were produced by Jeremy Stover with a mind toward Denning’s live show, itself a full-throttle affair. Fans were given a first taste of what to expect with Denning’s first Top 5 – and climbing – single “After A Few,” a sleek, jet-black anthem Denning infused with a hypnotic vibe, all about a couple who’s passion could erupt at any moment. 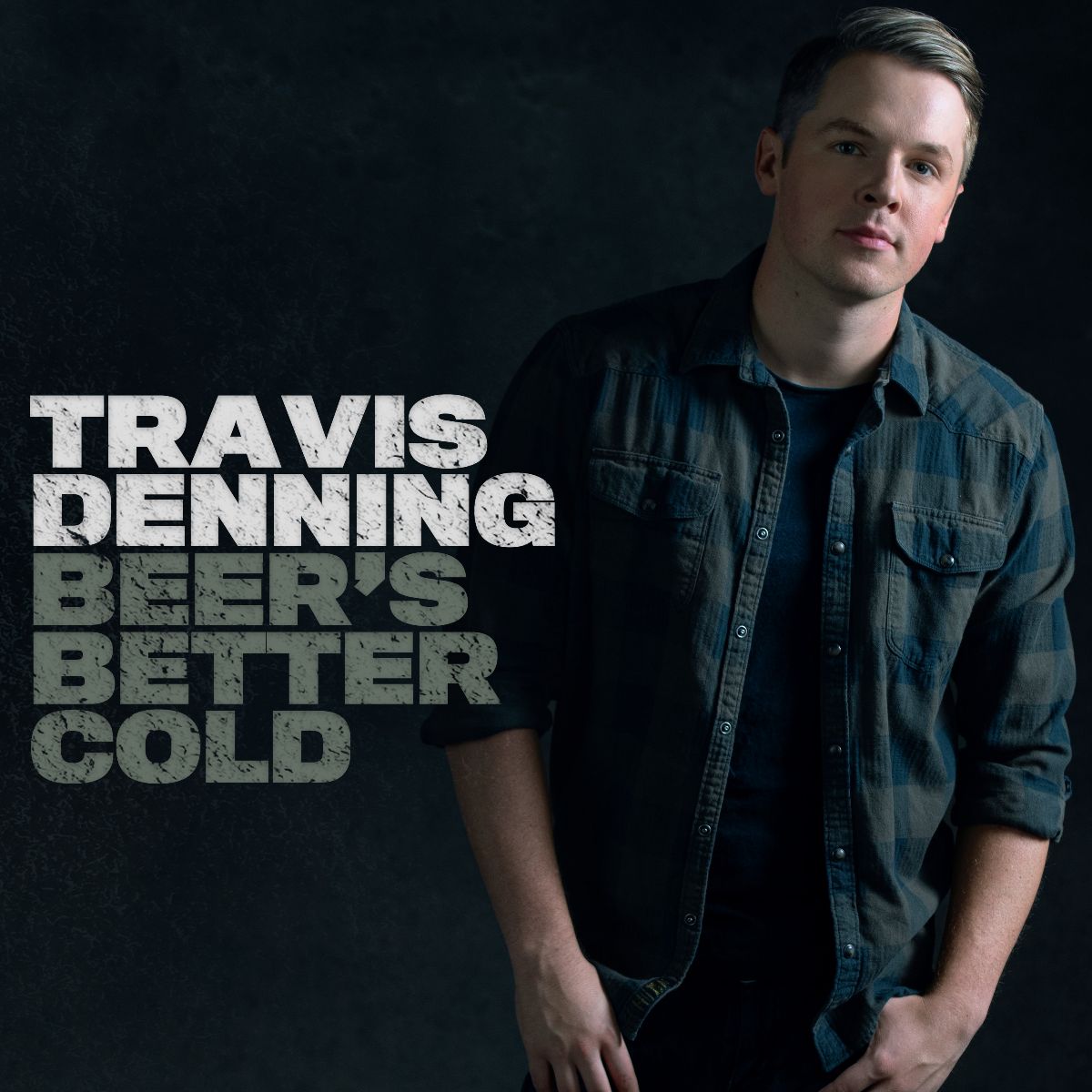 “I’m so pumped to finally have this music out,” shared Travis Denning. “We’ve poured a lot of passion, hours and life into these songs. I hope when people turn these songs up they hear that.”

Denning will celebrate the release of BEER’S BETTER COLD this week with appearances on multiple national platforms including an acoustic performance on The Outdoor Channel tonight at 7pm ET as part of their “Country Outdoors LIVE” series and as a guest on CMT’s “Hot 20 Countdown” tomorrow at 8am EST. Denning marked his debut EP release last night will a full band performance of the collection live streamed to fans at home, and available to watch here. Denning will also be performing and sharing more details behind the project across multiple platforms throughout the week including Taste Of Country’s “Happy Hour” today (5/15), Facebook Live with Country Rebel on 5/18, Instagram Live on Country NOW on 5/19, American Songwriter’s “Behind The Mic” on 5/20, Facebook live with One Country on 5/21, an Instagram live with Sounds Like Nashville on 5/22 and more, with further details available here.

A native of Warner Robins, Georgia, singer/songwriter Travis Denning’s Top 5 single “After A Few” follows the release of his “heart-tuggin’” (Rolling Stone) Top 40 debut single “David Ashley Parker From Powder Springs.” Denning kicked off 2020 as direct support on Dustin Lynch’s STAY COUNTRY TOUR and will join Sam Hunt later this summer as a special guest on his THE SOUTHSIDE SUMMER TOUR. Denning has previously opened shows for Cole Swindell, Alan Jackson, LANCO, Riley Green and his first headlining “Heartbeat Of A Small Town Tour.” With over 214.4 million streams worldwide, Denning has been spotlighted by Billboard for his “future star power” and was selected this past year as an Opry NextStage recipient and CMA KixStart Artist, as he makes his mark within the industry. Inspired at a young age, Denning developed a love for country, pop, rock and heavy metal and started playing local bars from the age of 16, as he built a strong following from his distinctive songs and raucous guitar solos. A prolific writer with an unquestionable stage presence, Denning moved to Nashville and secured outside cuts by Jason Aldean, Justin Moore, Michael Ray, and Chase Rice. Denning’s newest songwriting cut includes Michael Ray’s Top 20 single “Her World or Mine” that continues to climb charts at Country radio. For more information, visit travisdenning.com.