GRAMMY® Award-winning superstar duo SUGARLAND brings the power of their tour to a special collection of tracks from the road with their newest BIGGER, LOUDER, LIVE EP via Big Machine Records, available everywhere now: https://sugarland.lnk.to/LiveEP. Recorded at the duo’s Bridgestone Arena headline show in Nashville, the live versions honour their critically-acclaimed sixth studio album BIGGER as Jennifer Nettles and Kristian Bush are currently back in the studio as they prepare to embark on a new chapter with fresh music coming this year.

Of the 2019  Music City outing, “Baby girl has grown up. And, country music needs more voices as fearless, vulnerable and confident,” commented The Tennessean. “Nettles’ voice is among music’s most distinct but Sugarland’s iron is in their vocal blends, fearless creativity and a drive to write and perform music that sparks hard but crucial conversations.” 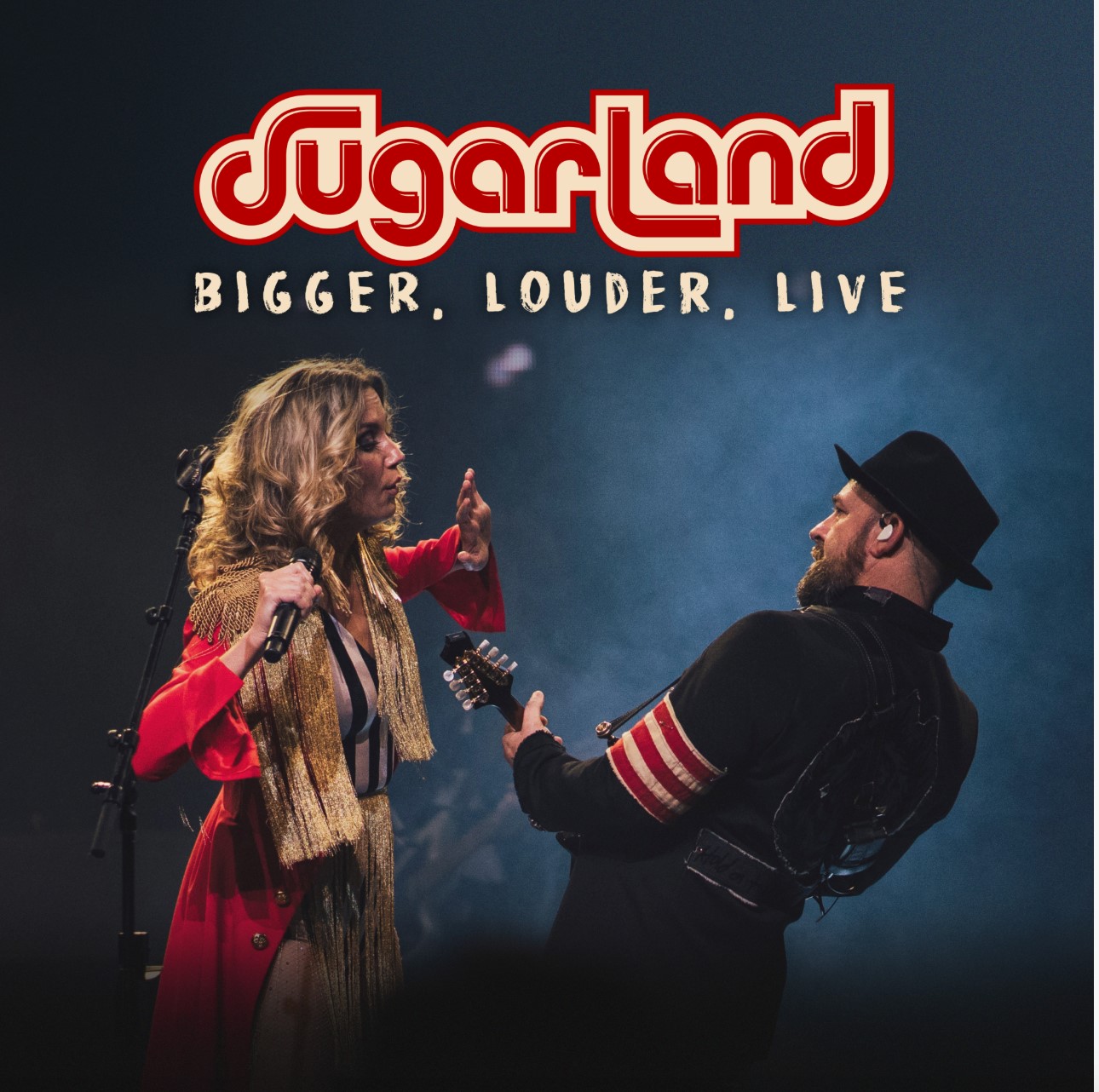 Sugarland returns to audiences with that signature energy and stunning vocals this summer on THERE GOES THE NEIGHBORHOOD TOUR 2020 with special guests Mary Chapin Carpenter and Tenille Townes as well as Danielle Bradbery on select dates. Kicking off June 4 in Toronto the duo will crisscross its way through 26 cities in North America on the headline run.

Since the band’s inception in 2002, Sugarland has sold nearly 10 million albums domestically, achieving high-mark sales with PLATINUM-certified THE INCREDIBLE MACHINE, 2X PLATINUM LOVE ON THE INSIDE and 3X PLATINUM TWICE THE SPEED OF LIFE as well as ENJOY THE RIDE. Their most popular songs include PLATINUM-certified “All I Want to Do” and “Stay,” 2X PLATINUM “Stuck Like Glue” as well as GOLD-certified “Baby Girl,” “It Happens,” “Settlin’,” “Something More” and “Want To.” Sugarland has also earned seven No. 1 singles to date and amassed over 600 million on-demand streams. Their critical and mainstream appeal have been magnified with industry accolades – five consecutive CMA Awards for Vocal Duo of the Year (2007-2011), five ACM Awards (including Song of the Year and Single of the Year) and GRAMMY® Awards for Best Country Performance by a Duo or Group with Vocals and Best Country Song for “Stay.” For all tour dates and more information visit SugarlandMusic.com.

My 15 Minutes With the Fabulous Jeannie Seely at CRS 2020

A Little Bit of Everything With Lonestar at CRS 2020