Following six consecutive No. 1 singles, multi-PLATINUM performer Brett Young shared his anticipated new single “Lady” today off an upcoming project via BMLG Records. A heart-bending love letter to his daughter Presley and wife Taylor Mills Young, he wrote the song with Ross Copperman and Jon Nite shortly before Presley’s birth in October 2019. Already “winning over sentimental fans” (The Daily Progress) at his live show earlier this year, listen to “Lady” HERE and check out the lyric video below:

“Lady” garnered instant attention earlier this year on Young’s headlining THE CHAPTERS TOUR. Introduced as part of the encore of his “95-minute set was filled with hits” (St. Louis Post-Dispatch), fans immediately gravitated towards the song “built on a pristine piano melody and his hushed vocal” offering “a message to Presley about what she means to Young and what he hopes she’ll become” (Sounds Like Nashville). 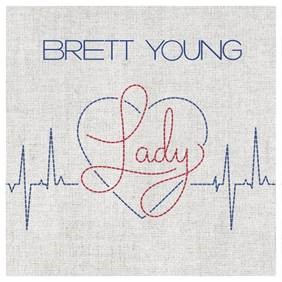 “‘Lady’ is easily one of the most special songs I’ve ever written,” Young said. “I always knew I would want to write songs for my children, but didn’t realize the inspiration would come so quickly before my daughter was even born. It’s a message to Presley about her mom and it became a pretty obvious choice for my first single in a new chapter of music. It’s so meaningful to Taylor and I, and I hope it resonates in a similar way for anyone who listens.” 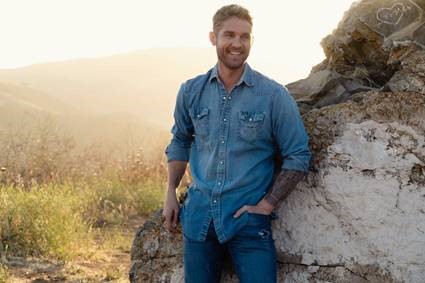 Young’s TICKET TO L.A. (BMLG Records), debuted atop the Billboard Country Albums chart upon release and features back-to-back No. 1 hits he co-wrote — “Catch” and “Here Tonight.” His sophomore effort follows a PLATINUM self-titled debut, which dominated the Top 20 on the Country Albums chart for 37 weeks. Delivering six consecutive No. 1 hits with “In Case You Didn’t Know” (5X PLATINUM), “Mercy” (2X PLATINUM), “Sleep Without You” (PLATINUM), “Like I Loved You” (PLATINUM), “Here Tonight” (PLATINUM) and “Catch” (GOLD), Young was named ASCAP’s 2018 Country Songwriter-Artist of the Year for his “melodic craftsmanship” (Billboard). He has also garnered nominations from ACM, Billboard, Teen Choice, CMT and CMA Awards as he continues to rack up nonstop hits as “one of country’s most consistent radio stars” (Rolling Stone). Young has amassed more than 3 billion streams of his catalog globally and has sold-out stops on his headlining THE CHAPTERS TOUR. For additional information, visit BrettYoungMusic.com.