They were the first female trio in 16 years since the Dixie Chicks to break the top 5 of the Mediabase Country Chart with “Buy My Own Drinks” in September 2019, they had opened for Carrie Underwood on her “Cry Pretty Tour 360” and prior to the current global situation Runaway June were due to return to London to play the main stage at Country 2 Country earlier this year in March. Then on May 14th a bombshell came for their fans when Hannah Mullholland announced she was leaving the trio.

It created a feeling similar to The Lion King with Timon setting up “Can You Feel The Love Tonight” when he announces that their trio is down to two but less than 24 hours later there was a BIG announcement. The BBR Music Group duo of Floridan, Naomi Cooke and Californian, Jennifer Wayne were once again making 3 company as a trio with an announcement that brought about a serious WOW!!!!! Factor. A dynamic act that had been ascending rapidly amongst the country music scene had found a replacement that took people back firstly by surprise but more significantly how exciting the future could be by the addition of the enigmatic Tennessee born and raised fiddle playing singer-songwriter Natalie Stovall. 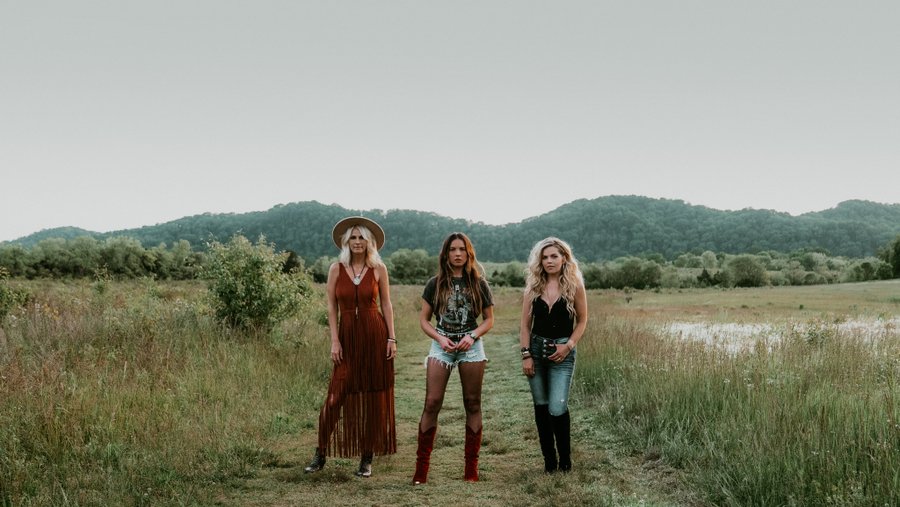 At Think Country we have long since been fans of both the Floridian/Californian kick ass female go-getters along with one of the most likeable and energising people you will have come across in Nashville who along with first playing the Opry at 12 years old, being a member of CMT’s Next Women of Country in her own right and joined Blake Shelton’s team on season 13 of The Voice has been a regular collaborator playing shows with iHeartRadio’s Bobby Bones for his Raging Idiots live shows.

With comparisons to Natalie Maines, Martie Maguire and Emily Strayer natural when talking about an all female trio previously coming to fruition, the addition of one of the electric and entertaining musicians in Music City to the trio that also brings fiddle to accompany a pair of primary guitarists will only add to this further especially given the anticipation in the run up to the forthcoming Dixie Chicks album.

During the current global climate, there will be a lot of optimism and intrigue surrounding what we can be excited about to come from the new line-up of Runaway June but it is something that we eagerly anticipate seeing and hearing what is forthcoming by the addition of their new member. Having seen Naomi and Jenn on stage in addition to having experienced the intensity along with the lovable personality of Natalie Stovall, the future of Runaway June is something that we are as excited as the rest of the country community are to encounter.

From all of us at Think Country, as much as we are excited about the future for the trio, we wish to extend our best wishes to Hannah and hope she has much success in her own future endeavours.