Jessica Lynn announces her return to the UK with her 2020 headline show: The Lone Rider Tour, between 11th and 24th June.

Fast on her way to becoming a household name, in the past four years the Brooklyn-born, New York-based singer/songwriter has completed three highly-successful nationwide US tours and been described as a “rocket force” for her trademark high-energy live performances, which showcase Jessica’s powerful voice and luminous stage presence, as well as the multi-faceted singer/songwriter’s multiple instrumental talents, playing piano, guitar, harmonica, and the drums. 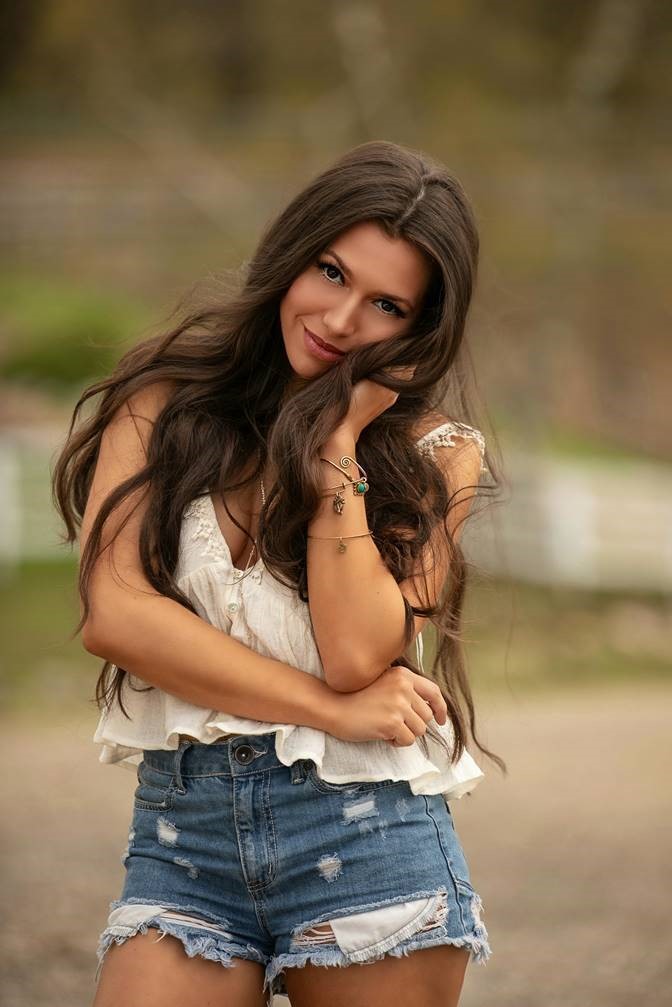 Along with her headline tours and festival appearances – in the USA and internationally – Jessica has shared stages with the likes of Brad Paisley, Keith Urban, ZZ Top and more, not to mention the ‘Queen of Country’ herself: Loretta Lynn. What’s more, Jessica Lynn has enjoyed huge success with her singles ‘Let’s Don’t’ and ‘Crazy Idea’, as well as headlining three full-length concert TV specials seen by millions across America and met with rave reviews.

Whilst Jessica and her music appeal strongly to fans of modern country music and Americana – increasingly popular markets in the vibrant UK music scene – her reach and appeal can by no means be pigeonholed into just one genre. “My music has a lot of rock, pop, blues and soul influences,” says Jessica, “We are FAR from regular country. One of the best compliments I get at shows is: ‘I don’t like country music but I like you!’”

Many agree. Reporting from Ramblin’ Man Fair, Ramzine mused, “The Fair is all about angels and demons and the most celestial of them all was the beautifully voiced Jessica Lynn (recalling Linda Ronstadt.) She’s already hailed as “New Woman in Country.” In Maidstone she proved to be one of the finest rock ‘n’ rolling’ ladies on the scene and her band grooved too.”

In interview, Ramblin’ Man themselves asked Jessica the million-dollar question: “You have been called Shania Twain’s natural successor. Do you see yourself more of a country performer than a rock one?” “I feel I am a mixture of things,” she replied, “There’s obviously country, but also pop, rock and blues. As you say, I have been compared to Shania Twain, and she is also hard to pigeonhole, because of the way she draws from so many different areas of music.”

Experiences at Ramblin’ Man and many other UK gigs have given Jessica special affection for British fans and music lovers. “My experience of meeting  people across the UK has been just fantastic. You all seem so lively and ready to party.” So, whilst Jessica has crossed many borders, she feels a special connection with the UK. “I’ve toured all over the world,” she says, “and there is just something special about coming to the UK. The fans there have such passion and appreciation for live music.  It’s so exhilarating being on stage and feeling that energy, enthusiasm and buzz.  I’m looking forward to bringing my tour back this year to share the new music and show with everyone.”

Press round the world have heralded Lynn as “Shania’s natural successor”, but this rising star is charting her own course, as her own woman, with a face, voice and upbeat style that’s making her a force to be reckoned with, not just in modern country music, but also beyond the genre’s picket fences.

Jessica will be bringing that singer-songwriter talent and on-stage presence and pizzazz back to UK shores, with her new material, on The Lone Rider Tour, between 11th and 24th June, starting in Birmingham and playing 12 dates across the UK. Check her website www.jessicalynnmusic.org for full tour details and tickets, and snap up a chance to experience for yourself what reviewers have justly called “an arena-sized spectacle in an intimate setting”. 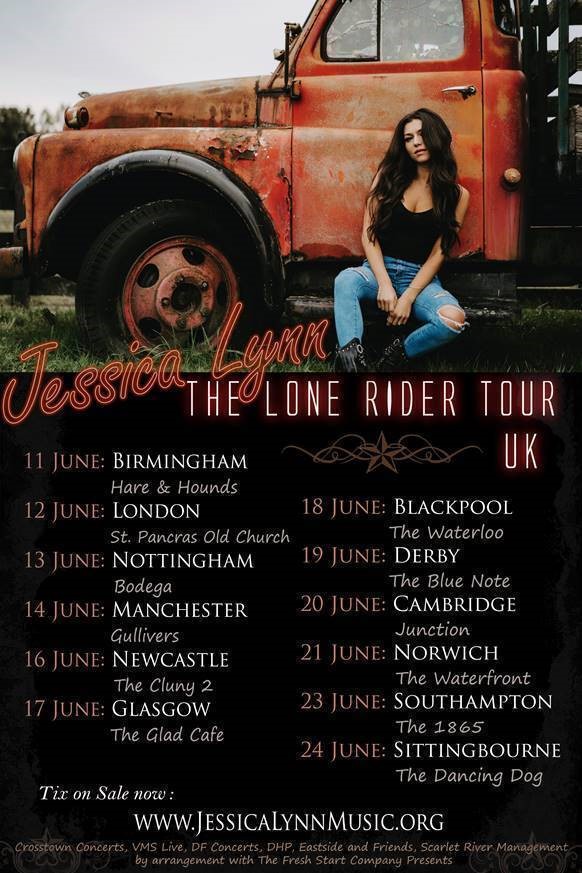