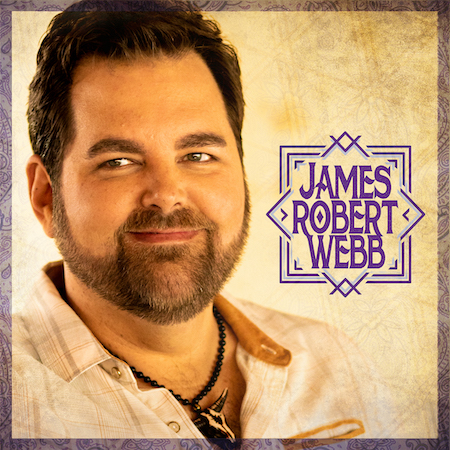 “This album is all about dreams and change and new beginnings — looking to the future while celebrating what makes country music great. I’m thankful for all of the fans and how they’ve responded to the songs so far. I can’t wait to see where this music takes us all.” says Webb.

Joby Phillips at WCEN-FM in Saginaw, Mich. said “each song we get from James Robert Webb is better than the song before.  ‘April May’ is certainly his best single yet. It sounds great on the air!”

“I have always said, what would music be without a songwriter and James Robert Webb is top notch. He also is a fantastic singer too! This is a great album to add to your country music collection.” – Judy Shields, The Hollywood Times

“There is something about [James Robert Webb’s] music, his lyrics that captivated my mother’s heart. Reading more about Webb, couldn’t help but know he writes what he lives. Radiologist. Husband. Father of three. Family values.” – Donna Black, Medium

“The self-titled release features 13 tracks showcasing his warm baritone and classic country style through upbeat songs and moving ballads. Tracks like ‘Now We’re Gettin’ Somewhere’ and ‘I Was The One’ will provide fans their fix of country nostalgia while Webb follows in the path of the storytellers before him with ‘Okfuskee Whiskey,’ and ‘Somethin’ Out of Nothin.’” – The Country Note

“A modern honky tonker that avoids all the bro country clichés and lets the party proceed. Nothing but a good time party on a platter, he knows the moves and serves them up just right. With the properly righteous vibe powering the proceedings, Webb has some winning ways already on display and this set is sure to serve up a bunch more. Well done.” – Midwest Record

“‘Think About It’ is a bit Dierks Bentley-ish, which is a good thing. Nice, solid country song with good lyrics and music!” – Paul Whitehouse, Beyond Radio, UK

His new single, “Think About It” is an upbeat track with an uplifting message that seems custom written for current uncertain times. It has over 120,000 streams, 14,000 saves and has been added to 86 playlists on Spotify so far. “Think About It” is James’ fasting debut on the Billboard Indicator Chart and just became his 6th overall top 40 single on the Music Row Country Breakout chart. The song also just notched his 3rd consecutive top 40 from this album.

“Tulsa Time” has seen airplay on SiriusXM Willie’s Roadhouse since its release in November and was featured by Apple Music.

“April May” debuted on the Billboard Indicator Chart and was his 3rd consecutive top 40 single on the Music Row Country Breakout chart. It then ended the year at No. 10 on CDX’s True Indie Songs of the Year 2019 chart.

“Now We’re Gettin’ Somewhere” peaked at No. 24 on MusicRow and No. 43 on Billboard Indicator Chart and marked his first song with over 1,000 Shazams.

About James Robert Webb
True to his blue-collar roots, James Robert Webb walks the line between traditional and contemporary country music. Raised on a small farm outside of Tulsa, he grew up listening to a wide variety of Oklahomans including Bob Wills, Garth Brooks and Leon Russell. His sound is driven by his unique, indefinable voice and organic, neo-traditionalist style fused with modern production. His 2016 debut, Pictures, yielded two top-40 singles on the Music Row Country Breakout chart – “Makin’ Love Tonight” and “How That Feels.” Both broke the top 60 on the Billboard Indicator charts. In 2019, one of country music’s most award-winning and renowned producer’s Buddy Cannon (Kenny Chesney, Willie Nelson), took notice of Webb’s unique style. The pair recently finished recording a full-length project James Robert Webb, available now. “April May,” penned by Webb himself, was his second top 25 single on the Music Row charts and top 45 on Billboard’s Country Indicator chart. This single also is No. 10 on CDX’s True Indie Songs of the Year chart. “Tulsa Time,” his latest release, has enjoyed support from Apple Music and frequent play on SiriusXM Willie’s Roadhouse. His music has continued to attract new opportunities for the “easygoing giant.” He recently played Calf Fry 2019, was chosen to headline the Southfork Music Festival in Parker, Texas and continues to play across the country connecting directly with the fans. For more on James Robert Webb, go to JamesRobertWebb.com.

New video out now for latest single “Part Of Me” from...