High-energy, Brighton-based, alt-Americana band Noble Jacks are itching to get out on the road again on their new headline tour, starting with the special album launch party at The Assembly Halls in Tunbridge Wells on 28th March, followed by 9 dates in April at venues across the UK. See the Noble Jacks’ social media and website (https://www.noblejacks.com/) for full details.

The Noble Jacks are still buzzing from their recent tour, supporting The Dead South on their 2020 Served Cold Tour. Vocalist and award-nominated fiddle-meister Will Page– looks back on the experience

Our tour supporting The Dead South was an absolute dream! Noble Jacks seemed to go down a storm with The Dead South fans, certainly riling them up for the headline act, and with many saying they hoped to come catch us again on our headline tour in March/April. The fans were all fantastic at turning up early to see [us] the support band, so we played to thousands every night! It was also great to see some familiar faces along the way. The Dead South band and crew were a super fun bunch, so that made the whole tour even more fun, on and off stage! It was great speaking to so many new fans at the merch stands after the shows, where we also had a really positive response to our new single, ‘Enjoy the Ride’, which we performed every night of the tour. We’ve seen thousands of streams and views on the single coming in which we’re so grateful for! We hope to see the fans back on the road on our own headline tour this Spring!

The deluxe edition of the Noble Jacks’ sophomore album ‘Stay Awake’will be released on Friday 27th March, 2020 on Noble Ground Records. The band intend to celebrate in full raucous Jacks’ style with the launch party on Saturday 28th March in Tunbridge Wells. This will be the Jacks’ biggest-ever, indoor headline show – SO FAR! Then, soon after, they’ll keenly be taking the liveliest show around out on the road. Feet will be stomped; rooves will be raised!

“Their music is just the kind of sonic elixir we need in these troubled times,” said Acoustic Magazine. “‘Wit with wisdom, you should investigate Noble Jacks,” said fRoots Magazine – the world’s most authoritative guide to the latest on the folk and world music scene.

Get a taste of the Noble Jacks’ trademark sound and the fantastic verve they evoke from audiences in this clip of recent shows: 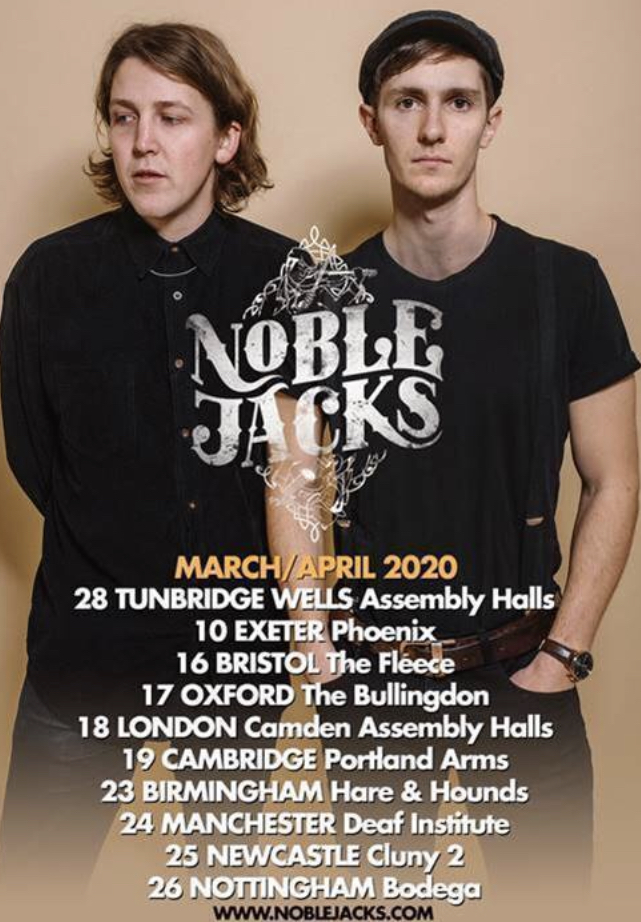 A Quick Chat With Bailey James at CRS 2020