Country music newcomer NOAH SCHNACKY delivers raw emotion and tales of yearning with latest tracks from his multi-single release, “Comeback” and “Where’d You Go” from Big Machine Records. Listen HERE. Co-penned by Lindsay Rimes and JT Harding, “Comeback” delivers a side of Noah Schnacky that fans have not seen before wrapped in a steady paced and melodious tune.

“This song came straight from my heart, during a hard time in my life,” offers Schnacky. “On one hand, sharing this part of myself with them is terrifying, but on the other hand it’s exciting.”

The additional track from the multi-single release, “Where’d You Go”, came about as a collaboration between Schnacky, Mark Holman and Tommy Lee James to bring to life a vision he had growing up of finding his future wife. The TikTok anthem launches Schnacky’s “Cyber Date Social Initiative” giving fans the opportunity to win one of three cyber dates with Noah by simply pre-saving the tracks, engaging on socials and sharing their love for the songs.

“The cyber date idea is really exciting to me,” Noah explains. “I’m all about meeting new people and I thought this would be a fun way to connect on a new level.” 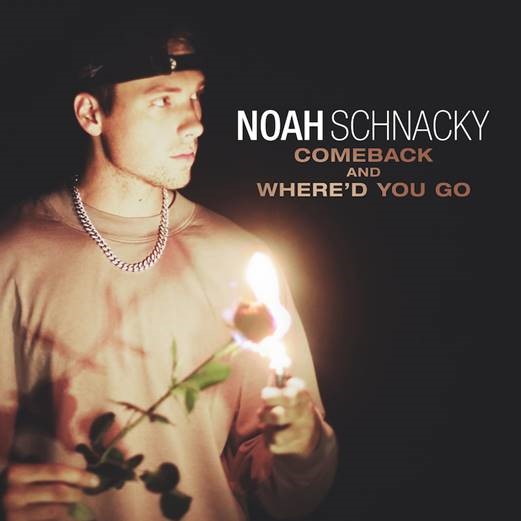 From an early age, Noah’s entrepreneurial spirit and passion for storytelling allowed him to attract a loyal following as he found the reassuring voice that drove his Big Machine Records debut single, “I’ll Be The One” which has received over 11 million streams to date. Uploading cover songs on Instagram, Noah quickly amassed a vigorous grassroots core at the same moment Big Machine Label Group President/CEO Scott Borchetta took notice. His self-released song “Hello Beautiful” earned over one million streams in just eight days. With follow up “Maybe We Will,” Noah sustained the earlier success; this time collectively accumulating over 70 million streams.  For tour updates and more, visit noahschnacky.com/ or anchor into his journey on Instagram, Facebook and Twitter.