Country group Hudson Valley speaks out about their past relationships and how they searched for love in all the wrong people, but finally got it right in their new single “Right Place Now.” Exclusively premiered by Sounds Like Nashville, the heartwarming new song, written by lead singer Sarah Owens, Sherrie Austin and Will Rambeaux, drops just in time for the Summer with its catchy melodies and clever chorus. Hudson Valley pours their heart out about the excitement of sharing their favorite moments with the one they love, leaving their past in the past. Listen to the single here.

“’Right Place Now’ was written the first time I had ever been to Nashville. My parents came down from N.Y. with me and we had always wanted to go to the Grand Ole Opry, so my mom got tickets for us to see Vince Gill and Darius Rucker perform while I was in town to write. When we left the Opry, my parents said something about me ‘finally being in the right place’ and I wrote this song with Sherrie Austin and Will Rambeaux the next morning. As I was writing it, it turned into a love song about my husband, but it’s rooted in my love for Nashville because it’s the place I felt that I always needed to be. I cannot wait for everyone to hear this song; we are all really proud of it!,” said Hudson Valley’s Sarah Owens.

The female-led band is taking over country music, landing at number seventeen on the iTunes Country Album chart with their EP Seven. The group was also announced as one of the top 10 finalists at Pepsi’s Gulf Coast Jam ‘Battle Of The Bands’ in Panama City. You can find them performing in Nashville at venues such as The Listening Room, 3rd and Lindsley, Winners, and The Bluebird Café. They also have a residency downtown at The Sutler Saloon, the Omni Hotel, and Blake Shelton’s Ole Red. 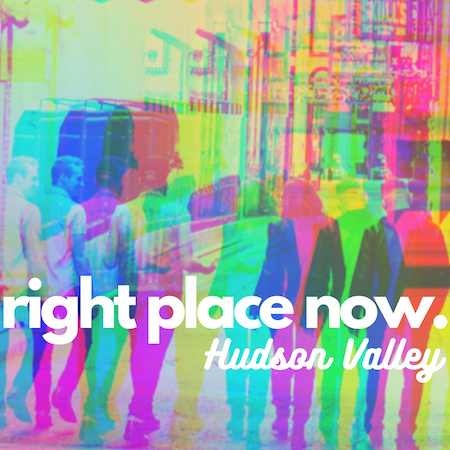 About Hudson Valley
Hudson Valley is a rockin’ female-fronted country band paving their way in Nashville, Tennessee! Lead singer Sarah Owens has been carrying a torch for country music north of the Mason Dixon line since she was a little girl, and after landing in Nashville in 2018 Owens hit the ground running with a group of musical kindred spirits; Richie Owens on drums, Andrew Kosek on bass, and Matthew Farinelli on guitar. Hudson Valley began playing shows around Music City at such Nashville hot-spots as The Listening Room, 3rd and Lindsley, the infamous Whiskey Jam, and The Bluebird Café, even earning themselves a coveted residency at The Sutler Saloon, the Omni Hotel in Downtown Nashville and most recently with Blake Shelton’s Ole Red. Hudson Valley’s EP Seven debuted at No. 17 on the iTunes Country Album Chart and most recently their single “(Unmistakable Signs of a) Bad Boyfriend” was added to country radio debuting the band at No. 77 on the ‘Music Row Country Breakout Chart’ and steadily climbing! This group is truly creating quite a buzz in music circles up and down Music Row! For more information go to www.hudsonvalleyband.com.