Buckle & Boots are proving that festival season doesn’t have to be cancelled by streaming the party directly to peoples’ homes. The Greater Manchester based festival has been postponed due to Covid-19 but organisers are offering country music fans a live stream alternative. Viewers can tune into the ‘Buckle & Boots Virtual Festival’ from 1pm on Saturday 23rd May via their YouTube channel and Facebook page. 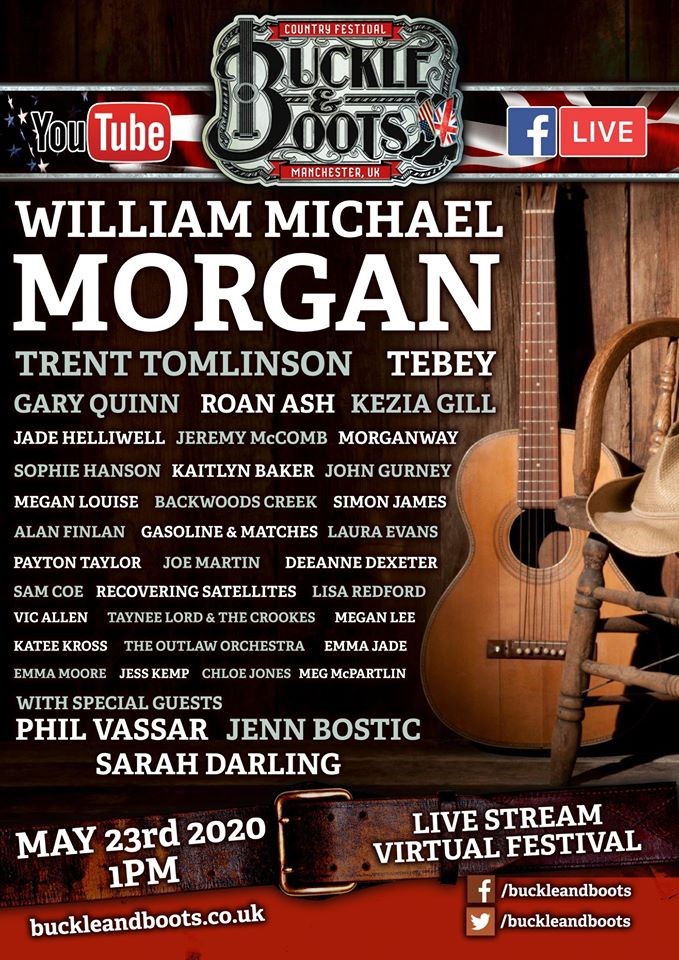 The 2020 edition of Buckle & Boots was set to be bigger and better than ever to celebrate their 5 year anniversary. While the organisers are hopeful that a version of the festival they’d planned will still go ahead, once it’s safe, they are finding ways to inject the Buckle & Boots spirit into the livestream experience. Fans are encouraged to decorate their houses, dress up in their festival attire, and connect with the rest of the “country family” throughout the day.

Since the inaugural festival in 2016, Buckle & Boots has been an annual gathering for the very best in country music both from the UK and overseas. They have accumulated a following of 15,000 on Facebook and pride themselves in scouting out the brightest talent.

Buckle & Boots have been the only UK Country festival to offer weekly live stream gigs since the beginning of the lockdown period. They have reached a worldwide audience with stellar live stream performances from artists including Austin Jenckes, Kaylee Bell and Lewis Brice, all of which you can watch back via their Facebook page.

While a jager-bomb filled weekend at Whitebottom Farm will have to wait for now, this Saturday promises to be exactly what the country music fans need to lift our spirits.

Riley Clemmons releases new version of “Over and Over”...