Multi-faceted artist DANIELLE BRADBERY is expanding her musical palette in thrilling new ways with an epic stunner titled “Never Have I Ever,” available HERE now via BMLG Records. Bradbery co-wrote the Dann Huff-produced track alongside Laura Veltz and David Hall Hodges, telling a tale of falling so hard and fast it spins you in circles. Singing over backing handclaps and harmonic accompaniment, Bradbery delivers the chorus head over heels: Got me confessing like this / Heart on my sleeve I’m a mess / Got me like / ooh, ooh, yeah / Throwing round words like forever / Never have I ever.

“When writing this song, we wanted to capture that feeling where you’re in a new relationship and you’re terrified of the intense feelings you have, but you’re so excited at the same time,” shared Bradbery. “We really tried to put that whirlwind of emotions into words. It’s honest and vulnerable, and I can’t wait for everyone to hear it.” 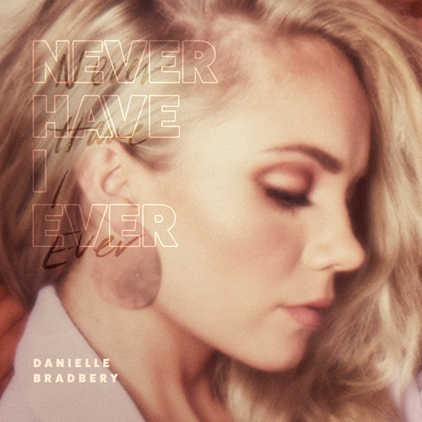 Stepping into her own lane with sophomore album I DON’T BELIEVE WE’VE MET (BMLG Records), Bradbery infused her story into her songs for the first time – penning seven of the album’s 10 tracks including “Sway,” “Worth It” and “Potential.” Fine-tuning her unique sound since getting her start winning Season 4 of NBC’s The Voice, the Texas native has earned multiple ACM and CMT award nominations and toured across the globe with Kane Brown, Blake Shelton, Brad Paisley, Miranda Lambert, and more. For the latest updates, visit DanielleBradbery.com and follow along on Instagram.