After showcasing her vulnerability with ‘Your Turn’, which premiered on Chris Country Radio and received rave reviews, Yorkshire songwriter Jess Thristan returns with her third new release, ‘Time Of Our Lives’. Building on the momentum she’s built as one of UK country’s most exciting emerging acts, ‘Time Of Our Lives’ takes an introspective look at the obsessive world of social media, and the artificial image we share with our peers. We’re all guilty of “looking at the numbers and playing the game”! It’s another example of her honest, reflective lyrical style that will strike a chord with listeners far and wide. 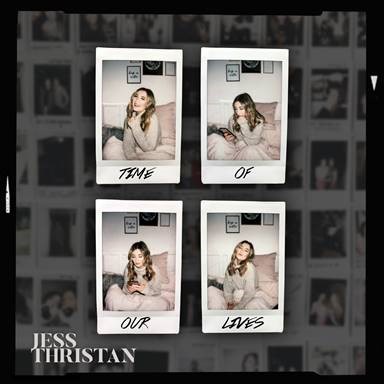 2019 has been a hugely exciting year for Jess, having gained fans in the likes of Country Hits Radio, CountryLine TV and even Spotify’s Very Nearly Nashville, who recently playlisted her song ‘The Old Me’. Jess has shared stages with the likes of Andy Brown, Jade Helliwell and Remember Monday, as well as giving a stellar performance at Buckle & Boots Country Festival. A prolific and hugely talented songwriter, she’s worked with the likes of Tim Prottey-Jones (The Wandering Hearts), Jamie Evans (Wildwood Kin) and Jessica Sharman (Ward Thomas) among many others, furthering her writing prowess in preparation for the new releases.

A talented writer from an early age, Jess wrote her first track “The Shield” at just 15 years old. She would later go on to record it at the famous Angel Studios with a 24-piece orchestra as well as a cover of The Beatles’ classic “From Me To You”, which went on to feature as the soundtrack to a SKY TV Christmas campaign. After releasing her debut album ‘This Is Home’, Jess took a step away from music to take stock and refocus her musical direction. This inevitably led her back to her first musical love and she began writing Country & Americana music heavily influenced by some of her favourites such as Jillian Jacqueline and Maren Morris, while keeping her own roots and style.

On the new single ‘Time Of Our Lives’ which is to be released this coming Friday (August 16th) she states:

Time Of Our Lives sprouted from a conversation between myself and my co-writer Kaity Rae. The lyrics describe the way we use social media as a highlight reel for our lives, who’s going to see this? How do I look in this photo? Almost living as if we didn’t get a picture of this, it never happened. It’s something I think the majority of us are guilty of, which isn’t necessarily a bad thing. I love how this song is so fun but also has a strong message to it, and for me it’s about taking that time to step back from all of the things that cloud our minds about what we share online, and just live in and appreciate the moment more often than we might usually.