Sticking with the heartbreak theme, following his last radio single, comes Joe Hanson’s new release “Broken If It Don’t Break” exclusively premiered by Medium. The lyrics of this song pair nicely with the midtempo, pop country melody put behind it. All about feeling emotions during a breakup, Hanson really hits the ball out of the park on this one – written by Hanson with Jen Denmark, Keesy Timmer and Anna Ord. Listen to the single here.

“For me I wrote this song in a place where my heart was numb to feeling love. There were things my heart went through that should have affected me and hurt me, but quite honestly my heart got to a place where it didn’t anymore and from there the thought for the song was birthed. It’s simply saying if my heart is not breaking from this stuff I go through, then it’s already broken. My hope is that those who hear this song can be inspired to know that everybody is broken one way or another and to not be afraid to show the world your broken side. Heartbreak is only a temporary season, don’t lose heart and hold tight to faith because everything you have been dreaming for is right on the other side of not giving up, take it from me,” says Hanson. 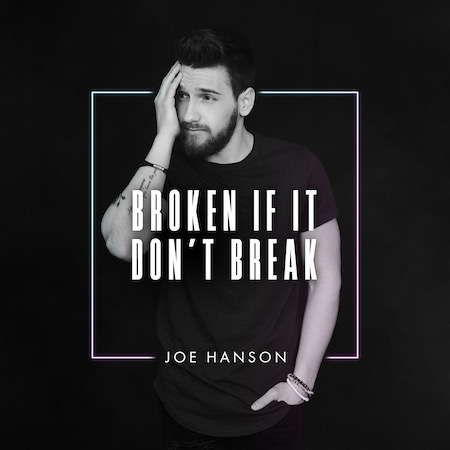 “Broken If It Don’t Break” is featured in Nashville Briefing’s New Music Round Up playlist and NYCountry Swag’s New Country Music playlist.

Hanson’s previous single, “Part Of Me,” has reached the Top 50 on the Music Row Country Breakout Chart and The Boot even drew parallels of his music to Dan + Shay and Devin Dawson’s. Prominent music critic, Robert K. Oermann, called him “promising” as well.