Liverpudlian singer-songwriter Laura Oakes returns with another irresistible slice of country-pop in the form of the new single ‘Better in Blue Jeans’. Straight off the back of a slot on the BBC Radio 2 playlist, she’s continuing her rich form of country-pop anthems which you can listen to HERE. 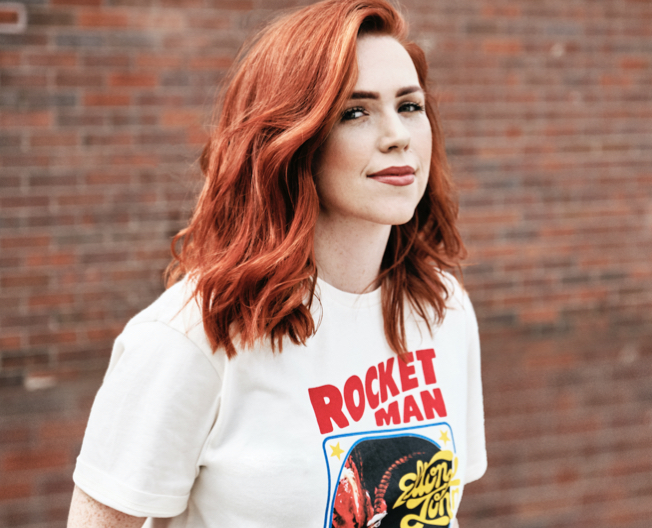 Authenticity has always been a key part of Laura’s musical journey. Growing up in a household of music fanatics, having conversations in three-part harmony was often considered the norm. It’s only natural then, that she aspired to visit the music city of Nashville and on her 18th birthday, her family took a trip that would change everything.

Since seeing her hero Carrie Underwood in Nashville, Laura hasn’t looked back. Over the years she’s immersed herself in the Nashville songwriter scene, frequently working with some of the best in the city. Her talent soon led her to share the stage with The Shires, Ward Thomas, and Sarah Darling. As well as touring with Brit Award Winner Tom Walker on his most recent UK Tour. She’s also racked up two British Country Music Awards and support from PRS For Music via their ‘Open Fund’.

Looking towards a new EP in the Spring, Laura launched the new project with the singles ‘Welcome To The Family’ and ‘Learn To Be Lonely Again’. The tracks were released to critical acclaim with support from Apple Music on their country playlist, as well as Spotify’sinfluential ‘Very Nearly Nashville’ playlist, leading to BBC Radio 2 playlisting the track. The new single ‘Better in Blue Jeans’ continues that authentic, tongue-in-cheek Nashville influence. Rich with steel guitar swells and an uplifting spirit, it’s a track that cements Laura as one of Country music’s most exciting new artists.

New single ‘Keep Us Young’ out today from Lockeland to kick o...

Celebrating 50 years in music Asleep At The Wheel, announce upcom...