Fresh off the release of his surprise project The Album Part I and his latest run of sold-out shows across the UK & Europe last month, multi-Platinum entertainer Chase Rice continues an exciting start to the year with today’s release of his “Lonely If You Are” music video, which premiered exclusively on February 5th with Billboard.

The video directed by Reid Long puts a charming twist on typical live concert footage, with young aspiring musicians taking centre stage in place of Rice, plus his band and crew, at a recent tour stop in Michigan. Rice also makes a few memorable cameos throughout the video – first as the meet & greet photographer and later in the pre-show huddle – as do his band members, who pass the musical baton to their lookalike counterparts. 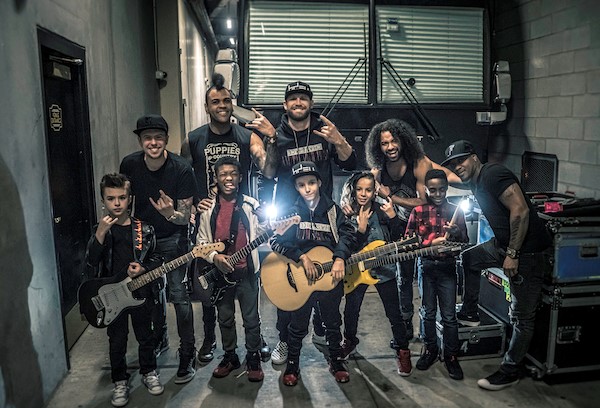 “Performing on the road for a sold-out crowd is something our childhood selves dreamed about, so it’s cool to see ‘mini versions’ of us living out those moments in the video,” explains Rice. “We wanted to highlight how much fun it really is getting to play shows all over the world and how fortunate we are to share these moments with our fans.”

“Lonely If You Are” is featured on The Album Part I, celebrated by American Songwriter as “a collection of seven life-defining songs” and praised by Rolling Stone for its “mix of clarity and nostalgia” as well as by the Tennessean for its range, spanning from “stories of uncontrollable longing… to time-tested love.” Listen HERE.

Rice recently wrapped his headlining The Pint of Anything Tour throughout Europe and will soon join Brantley Gilbert’s Fire’t Up Tour in the US.

MIDLAND TO RELEASE ‘LIVE FROM THE PALOMINO’ ON FEBRUA...