Described as “a very fine addition to the UK’s burgeoning Americana scene” by Folking.com, fast-rising London based O&O’s new single ‘Leave It ‘Til Tomorrow’ (listen here) is a comforting sonic eddy in a turbulent, uncertain reality.

With nearly 40K streams on their latest singles ‘Here We Are’ and the Southern Rock-infused ‘Dancing On The Floor’ (both featured on Apple Music’s official Today Country playlist), O&O return with an acoustic-led ballad that puts the spotlight back on their “harmonies for days” (Baylen Leonard, The Bluegrass Situation). The sparse beginning features Orian’s clear, emotive lead vocal set against Obadiah’s gently strummed acoustic guitar, much in the same way they perform live. Layered with shimmering Kacey Musgraves-esque banjo and laid-back Bros Landreth electric guitars, the track builds to a spine-tingling climax, lyrically yearning: “Let’s leave it ‘til tomorrow, leave it for the light of day.” 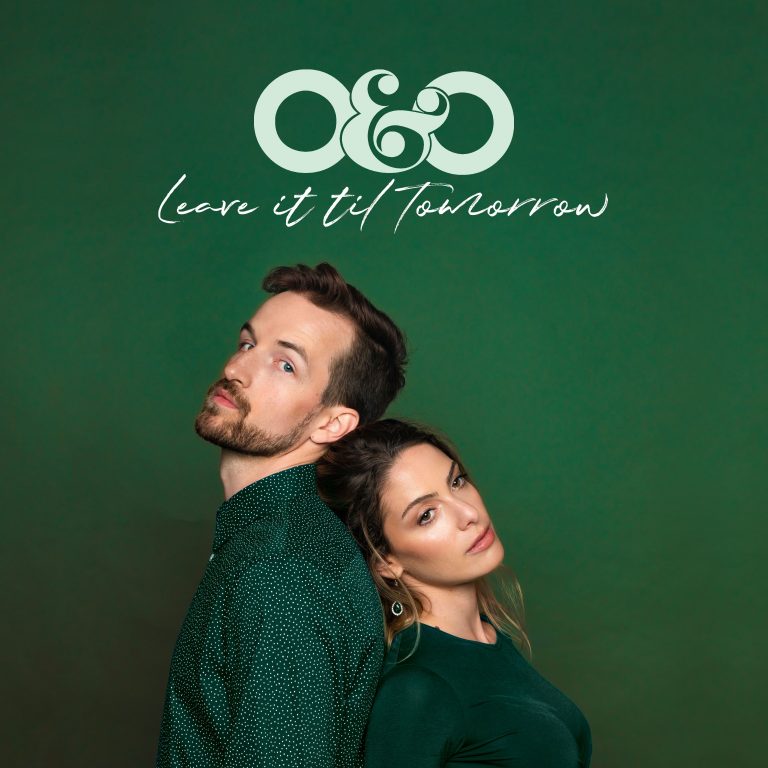 The song is co-written with the award-winning UK Country songstress Laura Oakes, whose songs – some written with established Nashville talents – can be heard on BBC Radio 2. O&O describe ‘Leave It ‘Til Tomorrow’ as “another one of our explorations into the intricacies of romantic relationships. For a while, the song was but an old-forgotten voice memo on Orian’s phone: a melody and lyric she hummed to herself in the shower. With the initial idea and a few chords at hand, we knew Laura was the perfect writer to help us realize the full potential of the song, which was completed in a few effortless hours spent in our living room over tea and cake.”

With well over a million views on their official YouTube channel, the recent launch of a new series featuring collaborations with other emerging artists was given the nod of approval from James Taylor himself, who shared their cover of ‘Sweet Baby James’ (with singer/songwriter Joe Martin) on his social media channels – watch on YouTube. Following the national COVID-19 lockdown, O&O established a successful, bi-weekly series of ‘Sunday Social’ acoustic live-stream concerts, popular amongst their global following of more than 12K subscribers.

The duo’s full band headline show at legendary London venue the Spice Of Life, planned to coincide with this single release, has been re-scheduled to 18 September 2020, with support from Robbie Cavanagh & Jess Thristen – limited tickets on-sale now. In place of this show and to celebrate the single release, O&O will perform a special YouTube Live Stream Concert on Sunday 26 April 2020 which you can tune in HERE at 6pm BST / Midday Central.