Brett Eldredge knew he needed to dial back to dial in on his upcoming album Sunday Drive. His journey to new music started alone with just a flip phone, Polaroid camera, notebook and guitar by his side. After reexamining both himself and the world around him, Eldredge sought out producers who shared his vision. His search led him to Daniel Tashian and Ian Fitchuk, the GRAMMY-winning duo behind Kacey Musgrave’s Golden Hour. A visit together to his hometown of Paris, IL preceded weeks holed up in Chicago’s intimate Shirk Studios, where Sunday Drive came to life. The new Warner Music Nashville album, due July 10, is available for fans to pre-order (link HERE) and immediately download three tracks: “Crowd My Mind,” “Where the Heart Is” and piano-driven lead single “Gabrielle,” (listen HERE).

“I think you have to give yourself permission to do anything in life, to be brave a little bit,” Eldredge said. “I got to a certain point where I was doing something in repetition and it was all really good… but I felt like I wasn’t giving enough of myself. It took a lot of self-awareness to finally realise that if I do really have a lot more in me, then I’ve got to step up and I’ve got to take that step off the edge. And I think enough time of doing it the same way made me realise it’s time to do it big.” 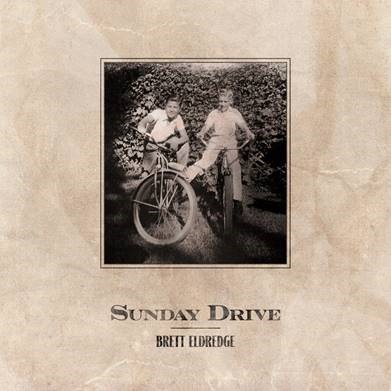 It was only when he found the way to blend his acclaimed voice and strong midwestern values with a deepened sense of self and naturally matured sound did Eldredge feel ready to share his next chapter of music with the world. Sunday Drive pairs the hit-making songwriter with past collaborators like Ross Copperman, with whom he has penned multiple chart-topping, Platinum-certified singles, on songs such as “Crowd My Mind.” The jazz-tinted ballad is laced with nostalgia as Eldredge and Copperman’s lyrics describe the feeling of missing a loved one. The album’s other instant download, “Where The Heart Is” (Eldredge, Jessie Jo Dillon, Tyler Johnson), offers a different take on reflection in an acoustic, mid-tempo monologue.

To coincide with new music, Eldredge will be launching his first-ever official fan club, The Locals. Named for his love of traveling “like a local” and wanting to curate a space that feels like home, The Locals will be a go-to place for fans to receive news, music and more before the general public. To sign up or to learn more, visit thelocals.bretteldredge.com. 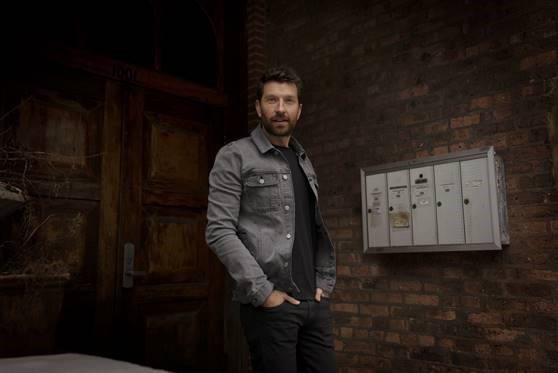 “Gabrielle” continues to establish the Paris, IL, native as one of country music’s most powerful male vocalists. Eldredge’s growing popularity in the U.K. saw him headline C2C (Country To Country) Festival in 2019, followed by a highly successful UK tour in January/February 2020 which included a stop at London’s Shepherd’s Bush Empire. In the U.S., having celebrated his seventh country radio No. 1 with “Love Someone,” the critically acclaimed entertainer filled arenas on his first-ever, sold-out The Long Way headlining tour, which included performances of Gold and Platinum-certified singles spanning four albums. His highly celebrated Christmas album Glow debuted at No. 2 on the country charts and featured the Billboard Adult Contemporary and Holiday Music Chart-topping duet “Baby, It’s Cold Outside” with Meghan Trainor. In 2016, the album inspired a single live holiday show in Nashville, which has now grown into the annual Glow LIVE holiday tour, hitting major cities across the country.