Everyone knows that Nashville is full of talented singers, songwriters and musicians. But there are so many more types of  people that make Muisc City USA tick. In our first Nashville People, we look at the extremely hardworking, dedicated and just fabulous Christy Walker-Watkins from Arist0 Media Group 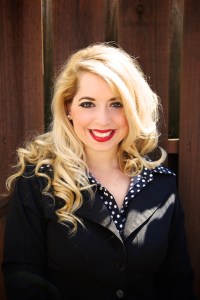 We caught up with Christy on a hot July day in Nashville at her offices, we started off asking Christy about her current role and what it really entails

I am President of Aristo PR and co-owner of the Aristo Media Group. I predominantly do publicity, but I also do quite a bit of work with the Nashville Meets London Festival, I’m a co-founder in that festival. I dabble in the talent buying side, and marketing, and we also here at Aristo Media, we have a separate radio promotion department, we do video promotion, dance club promotions, digital marketing and all kinds of stuff.

We work with the artist to tell their story but also bring attention to whatever product it is that they’re putting out, whether that’s a single release, or an album release or a video launch, or it could even be a book release, and it’s my job to help raise awareness of that, about those elements in their career that are taking place and getting the word out.

We tend to stay behind the scenes, that’s for sure. We work hand in hand with managers, we work hand in hand with the artist, we are involved in many different sides of the artists’ career in one way or another. I work closely with the booking agency when the artist goes on tour because I have to know what their routing is going to be and can I get an artist into the radio station or the TV morning show that morning before their show that night and so there is a lot of details that come into play that require us to have to work like a team.

It was no surprise that Christy would end up working in the Country Music Industry, She is one of the few in Nashville that is actually a Nashville Native.

I’m born and raised here, my family goes back three generations in the music industry. So my grandfather (Bill Walker) he was a music director, he started out in Australia and then moved to South Africa where he was the Head of RCA Records. Then got a job here, Jim Reeves brought him over to work with him and on the day that my grandfather arrived he got word that Jim Reeves had died in the plane crash.

Well Chet Atkins was aware that my grandfather was coming here and was by the grace of God able to give him some work. Well that work ended up leading to him being a music director on the Johnny Cash Show, working on the Statler Brothers Show, he handled the live music on all the CMA Awards…

It truly is in my blood and you know my father at the time he had gone back to Australia to do college at Sydney University and still had a pulse on everything his father was doing, and quickly got bit by the bug and wanted to come to the States to pursue his dream in the music industry. So the rest is sort of history.

I started pursuing a marketing degree. At the time my father had been in the business, we’re celebrating our 40th anniversary in the Aristo Media Group next year but he founded our company, and I started working here at Aristo immediately after college, just answering the phones and doing reception work and quite honestly I didn’t have a plan to get into the music industry. It just the opportunity presented itself and I started answering phones and really getting to know the people and establishing relationships with everybody that was coming in the door.

Christy is well known in Nashville and is making a name for herself over the pond too for her part in Nashville Meets London, we asked that came about.

So how that happened was Peter Conway and my father had a breakfast here in Nashville and it came up through their conversation that how wonderful would it be to have a free music festival in London. There are so many talented artists wanting to go over there and play, we need to create more opportunity in that market, in London and beyond, throughout the UK so that these artists can have a platform to be exposed to the growing fan base that’s in that territory.

So my father was going over to have the first real meeting of substance in London the week after he passed away. Well my father obviously did not make that meeting so my family, myself my brother and my husband were aware that my father was going to have these meetings with the intent of it becoming something, and my husband and I have worked very closely with my dad on all his global initiatives for the 13 years that I have worked here, til the time of his passing. So we connected with peter and said “Look we want to do this, we want to do this for him.”

It was something that obviously was very important to him. Peter was so delightful, understanding our circumstances that maybe it was too soon for us to travel, he booked a flight, came over to the US, Nashville, and we sat down and had our first meeting together and that meeting was in October of 2015 and we had our first Nashville Meets London festival in August of 2016 and it was as if the sky opened up, the weather was beautiful…

The weather cannot have been better it was just…I felt like my father was smiling down on us and it’s something I’m very proud of. You know we are currently still doing the festival in London, hopefully we can expand into other markets at some point soon. We have other initiatives that we do, the Southern Fridays Boat Cruise, it’s now become more of the Nashville Meets London week where we have shows at Pizza Express, we now have a monthly residency that we do at Pizza Express, but the goal is to pair UK talent with the US talent, and really try to create more opportunities.

How do you find Artists to Play Nashville Meets London? I am asked that a lot!!

Well there are a lot of different things that we look at. We look at how are they reacting in the market, are we finding that fans are seeking them out, how is their streaming numbers in that territory? We also look at what are their sort of long term plans, do they have a plan where they are looking to tour over there or do they have a product launch in the pipeline, something to back it up.

These are artists that are making a commitment to the market, to go back and connect with those fans again because that’s what it’s all about. It’s not just going over there, doing one show and then you know saying bye bye for a couple of years.

Its great that you and your husband Matt, always get to London and support the festival

Yes, that’s very important to us. I really value our relationships there. I value my relationship with you, I value my relationships with all of the UK folks there because I know it’s a small but mighty industry and I want so badly for that to grow and I know that there are so many people having to put in time and energy and effort and they are not being compensated for it yet. They are doing it purely out of passion and love and I think that it’s important to go over and shake those people’s hands and thank them for the time that they are putting into it.

How was this years event?

As I reflect on NML 2019, I realize how great it is to be part of something that is changing the landscape of country music in the United Kingdom. It is heart-warming to see the fans engage with the music that we love and the artists we bring over. We are extremely lucky to have partners that see our vision and help execute that. NML 2019 is another one for the books. Every year is special, but they seem to keep getting better and better, and I can hardly wait to see what 2020 will bring.

If somebody is just getting into the industry now, and they think publicist, that’s something that really interests me, what kind of advice would you be able to give them?

I would heavily advise to learn how to write really well. I think that’s a very important skill whether you are writing a pitch email to a journalist or writing a press release. Also just being really good at having good verbal communication skills because you are having to sell a lot, sell an artists’ products, sell them as an artist, and you’ve really got to be able to articulate their story and know how to tell people what’s interesting.

You know and also just helping…publicists help one another, particularly in our industry, we see that a lot in the country industry. It’s a hard game, it’s really a hard job to be in. There is a lot of volume out there right now, with the internet, there are so many artists, so many new songs coming out every week that it’s good to have people that you can run to, to tell them about what you’re working on and give advice on maybe what they would do and so always play nice with one another and not make it always about competition and beating everybody.

As a Nashville Native, can you give us a few quick insider tips?

Oh best cup of coffee, so I hate to give my little secret out but because it’s you Annette, I will, I love to go to the Box, which is over kind of in the 12 South area. It’s generally pretty quiet in there. They have a really good menu as well so that’s where I like to go.

Oh gosh we haven’t done one in a long while!
Matt  I hope you’re listening, date night!
I love Sambuca, love their menu, love their vibe, it’s just a good place.

Must Do in Nashville?

That’s easy Country music hall of fame or The Opry, it’s quite a tossup between the two.

What is your favourite time of year in Nashville?

The Fall, Its beautiful to look at the foliage and the weather is great.

If you ever meet Christy, I know shell meet you with a huge smile and a hug. She truly is one of the most hardworking, dedicated, loyal and kind people I have ever met. Nashville is lucky to have her as one of their People!