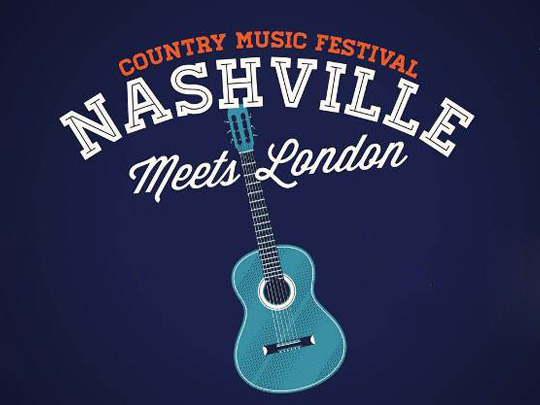 The perfect settings of Canada Square Park in Canary Wharf over the past weekend played host to the third Nashville Meets London festival where not even the long overdue reappearance of the typical Great British weather failed to dampen spirits of the UK’s country music community.  The event is organised by Peter Conway Management and Aristo Media Group working with Canary Wharf Arts & Events which brings together country artists from both sides of the Atlantic showcasing their music which fans can enjoy for free.

The festival began in glorious sunshine and was kicked off by one of the rising stars of the UK country music scene Jade Helliwell who really set the tone for the whole weekend delivering a predominantly upbeat set showcasing her powerful vocals.  Backed on stage by her superb band comprising Shannon Killarney on drums, Charlie Kay on bass then two of the most highly regarded and recognisable faces in the UK scene Luke Thomas and Ben Gurney on guitar they delivered a really high quality and accomplished set.  It is really great to see how she seems to be getting stronger and stronger as a performer each time you see her with more and more new songs appearing in each performance.

The crowd on Saturday continued to build constantly through the afternoon into comfortably the biggest crowd the festival has had since its inception.  After each set there was a turnaround which allowed the crowd to replenish their supplies either at one of the food stalls or the highly popular Grandstand Bar at the back of the park whilst others were making the most of the fact that the local Waitrose and Tesco had a large amount of cold beer ready and waiting in their fridges.  With the crowd fed and rehydrated it became time for the beautiful and supremely talented three part harmonies of The Adelaides.  These three ladies absolutely look the part, they genuinely have got the image of a band that belongs on much bigger festival stages (which has been evident seeing the shows they have played this summer) and Paris, Abi and Alicia have have three beautiful voices that blend really well together.  The girls had mentioned on stage they had just celebrated the first anniversary of them being in a band together I feel they have really grown as a band during this time with their performances becoming tighter and particularly the way they deliver their songs on stage coming across much stronger.  With an all-female harmony group there is so much more than all having great voices that can write quality songs which I had never doubted when I had seen them before but this was genuinely the first time I had felt that I actually got what they were doing on stage and that it worked really well to bring a fantastic live experience which I really enjoyed. 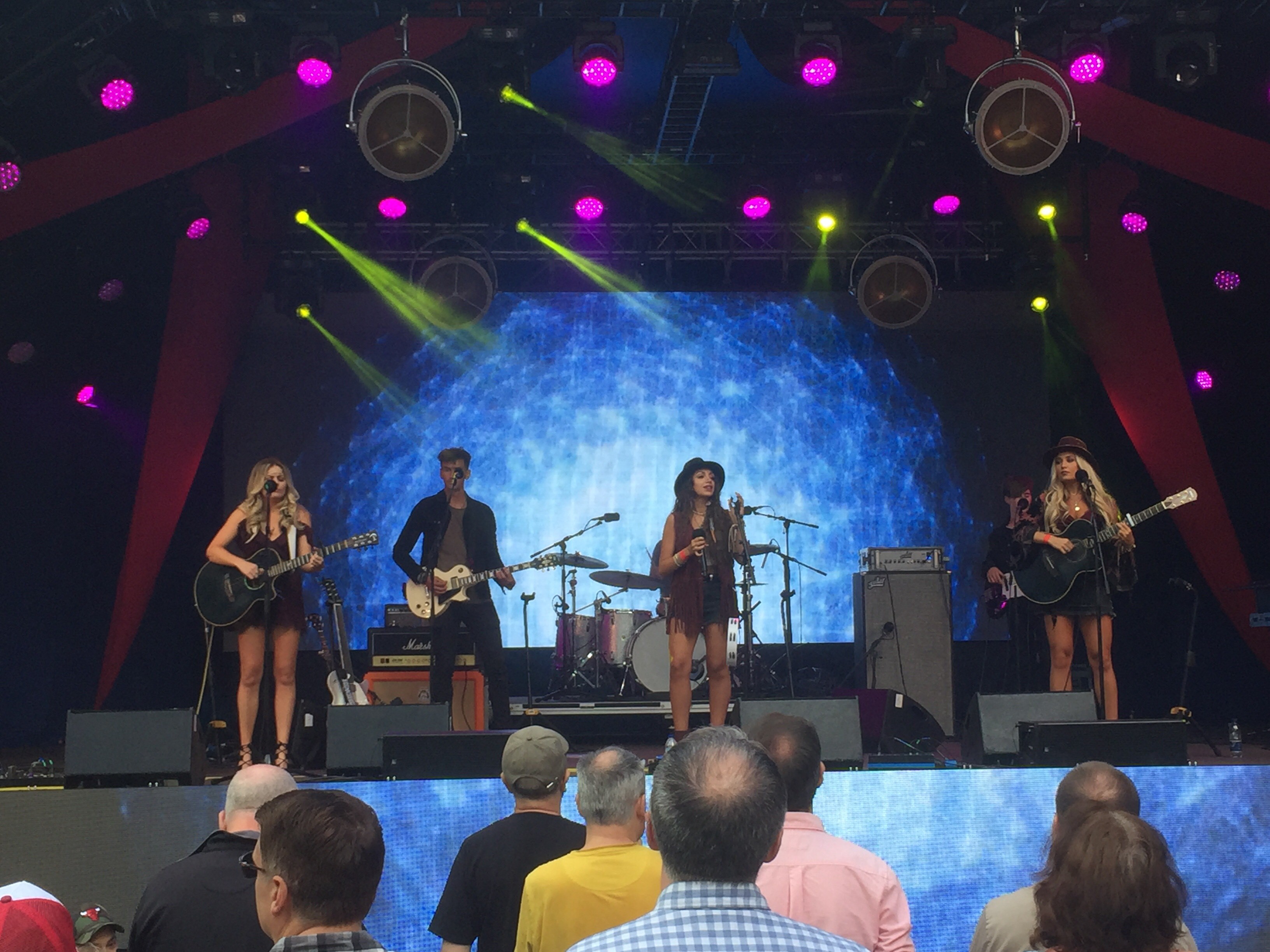 As the afternoon went on and the cans of imported lager in the park began to get warmer came the turn of the only act not from Nashville I had never seen live before and it came to be one of the stand out sets of the whole weekend from Keywest.  From watching and listening to their performance there are a lot of comparisons in terms of sound, style and stage performance that can be made to one of my favourite bands in the world, Kodaline.  There is a great indie rock and at times folky feel to these guys who by all accounts are going from strength to strength back home in Ireland and I really hope it can transpire to a similar level of mainstream success over in the UK.  A very professional and engaging performance that showed what a real festival set looks it! The crowd really got into their performance and I am pretty sure that I was not the only person to become a new fan of these guys. 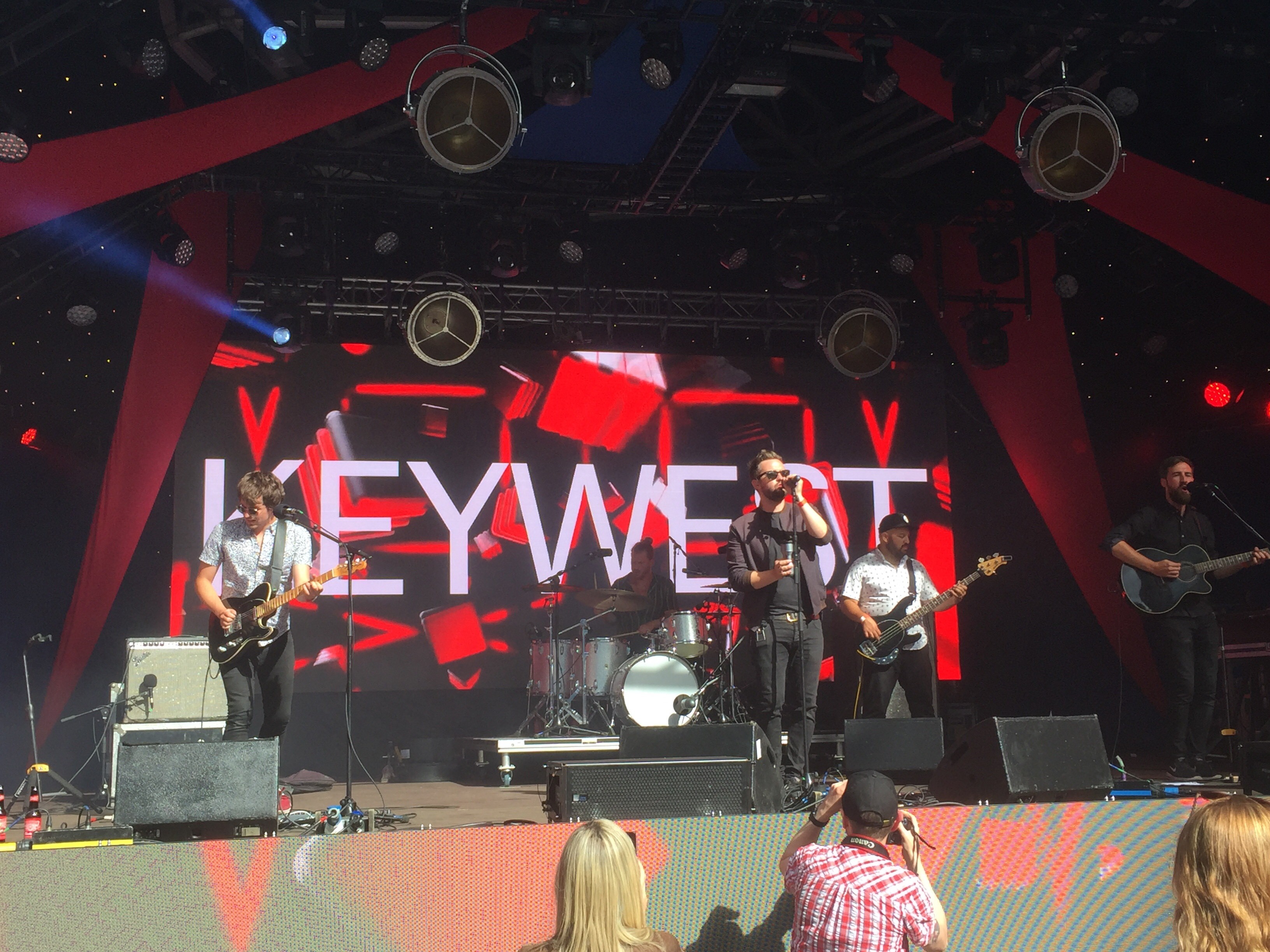 By the time that the stage was being graced by the blissful vocals of Jersey’s finest Frankie Davies, the Park was absolutely buzzing and really busy.  I have always been a big fan of how natural and serene her voice is to listen to whether she is playing acoustically on her own or when you get the treat of a full band performance like we were here.  She has some fantastic tracks in her locker she can bring out with Dancing All Night being right up there as one of the best songs any of the artists over here has to offer but was equally as nice to hear some new material from her too. 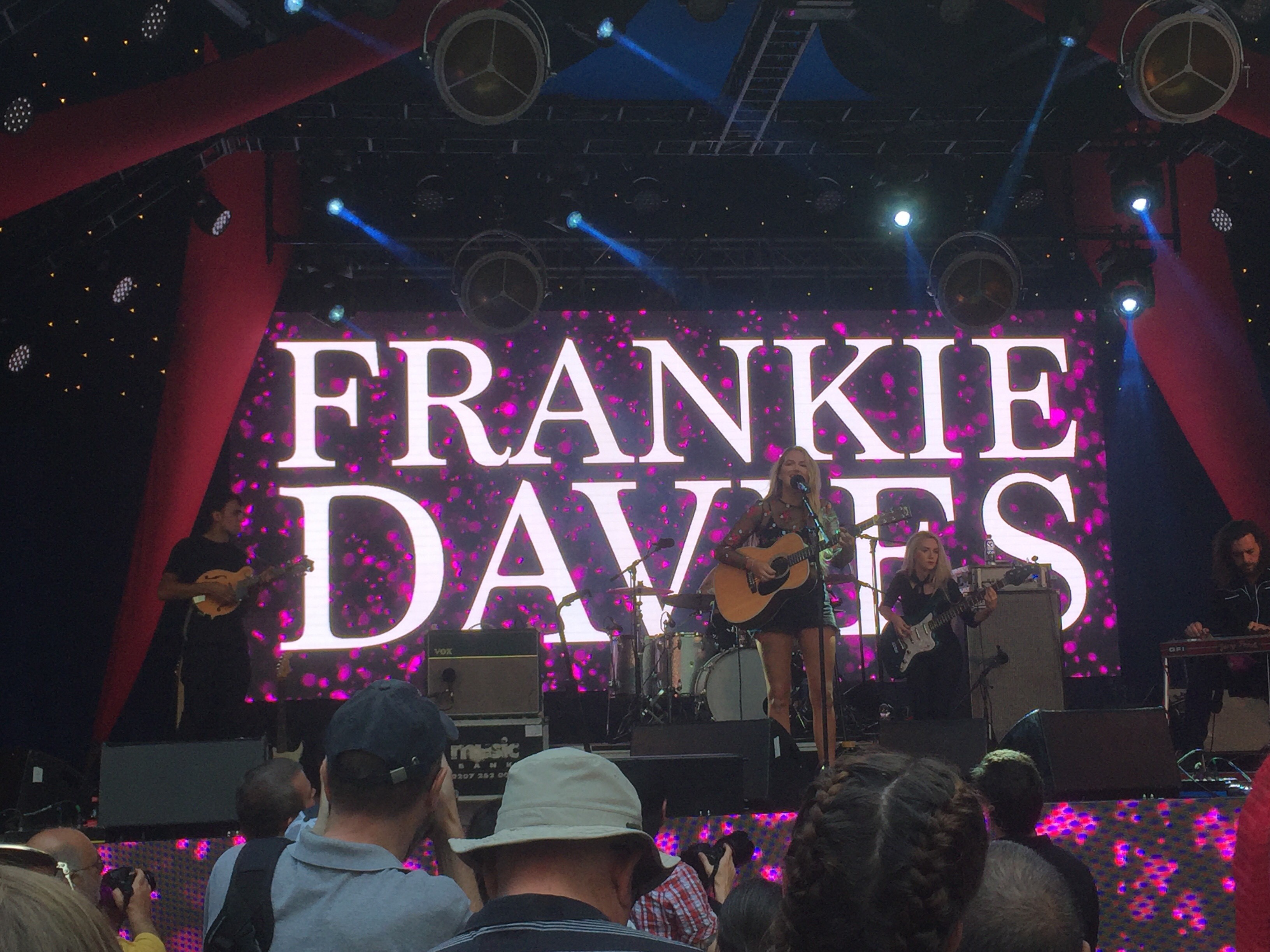 Moving on into early evening and the “Nashville” aspect of the festival came the turn of the performer that evidently had attracted the most interest from the public attending the festival.  Now I may be one the few fans of country music that has never seen a single episode of the CMT series Nashville (#TrueStory) so unlike many I had not flocked to Canary Wharf to see “Gunnar” but nethertheless Sam Palladio brought a lot of excitement and anticipation amongst the crowd.  This appeared well justified as the reaction and level of engagement from them showed they had not been disappointed.

As the sun began to set over the city, Dylan Schneider came out to play and gave the crowd exactly what was required for a Saturday night party!  A young man enjoying his first trip to the UK and made the point to reference how much better our drinking laws are in London compared to back home in the States did exactly what the people wanted.  The opportunity for people to discover a new artist playing up tempo songs and hear some material from his self-released extended plays whist dropping in some sing a long covers brought a great end to a superb day. 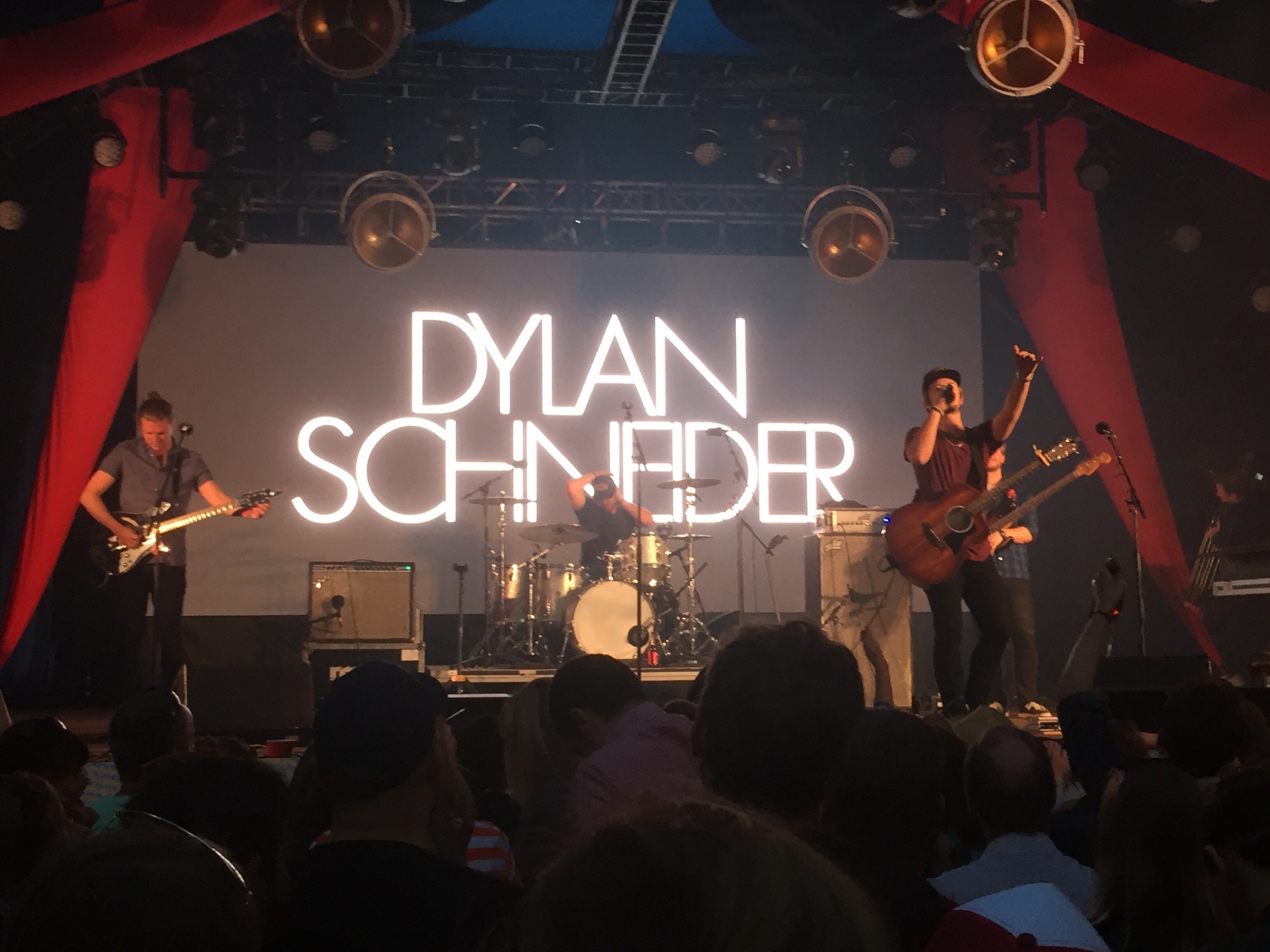 After a nice cool night for going to sleep (something I don’t think anyone in London had thought in the last two months) and probably a few people waking up with sore heads, Sunday rolled in and so did the rain we had all been craving for so long now.  As typical Brits we all moaned when we didn’t have any but then complain about it the second it arrived.  Luckily the fantastic event staff at Canary Wharf had a large array of ponchos available in addition to some plastic mats for the ground and Southend’s finest Holloway Road were on hand to at least brighten up everyone’s spirits if they couldn’t quite affect the sky.  Widely regarded as one of the best live acts in country music over here, the boys managed to overcome both the weather and a few technical difficulties with the sound to pick the crowd up and as always deliver a superb up tempo set.  A lot of new songs on stage from Jack and Rob, which gave people a taste of what to expect from their new material to be released later this year.

I then went off to meet a friend for some food but returned in plenty of time to see a fabulous performance from The Sisterhood Band.  These girls absolutely brought it and were more than a worthwhile reward for everyone that was not put off by a bit of fine drizzle in the air. Armed with just a guitar, tambourine, loop pedal and a whole lot of sass Ruby Stewart & Alyssa Bonagura captivated the London crowd with a really fun performance that I am sure will have a lot of new fans eagerly awaiting a return to play more shows in the UK.  There is a real aspect of fun and plenty of energy watching them perform so the crowd really connected with them and got involved.  Performing songs from their recently released Summer Setlist album along with a first time cover of the Stevie Nicks classic Landslide and a superb rendition of Gasoline Alley, a song written and originally recorded by Ruby’s father Rod Stewart in 1970.  It is very clear to see why this duo are attracting a lot of attention since signing with Sony Music Nashville as they combine their on stage energy with fantastic voices and have even been opening up for Aerosmith frontman Steven Tyler for dates on his solo tour including an upcoming show back in London at The Forum in Kentish Town next Tuesday (7th August). 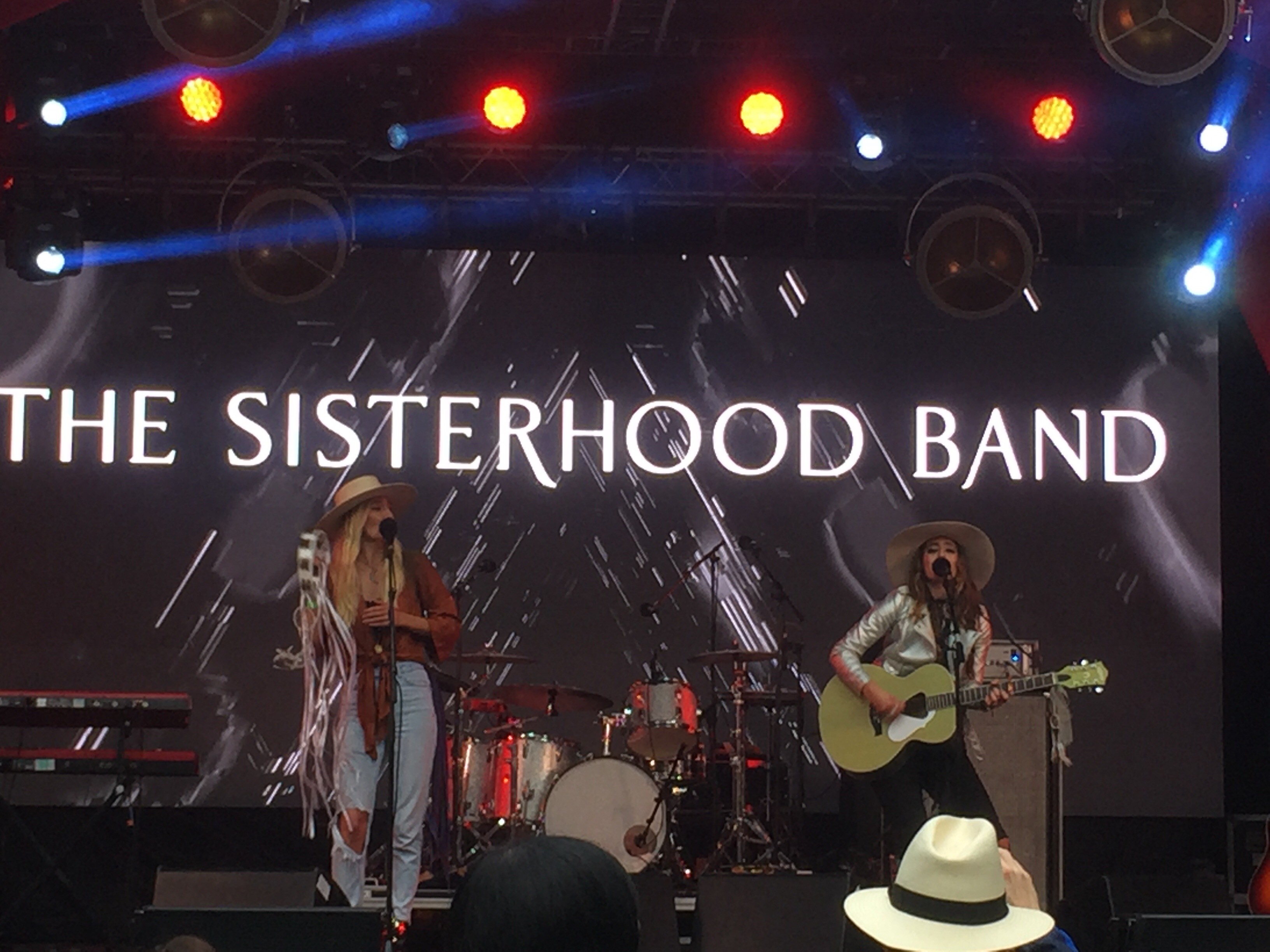 Finally to bring Nashville Meets London to a close for another year was a truly mind blowing set from Tyminski.  There is a reason this guy has FOURTEEN Grammys’s and it is clear to see why! Dan Tyminski is a superb composer, performer, musician and vocalist that pretty much anyone you know regardless of their preferred genre of music will have come across (in some cases without them necessarily realising it) either through playing with Alison Krauss and Union Station, performing I Am a Man of Constant Sorrow from O Brother, Where Art Thou where he provides George Clooney’s vocal as part of The Soggy Bottom Boys in the film or from Avicii’s global smash hit Hey Brother.  What people were most in awe of from his set on Sunday night however were the tracks from the album Southern Gothic which he released last year and how this guy really connects with his music and the way he is such a great songwriter armed with a fantastic voice to accompany his storytelling.  This is definitely something that people do not want to miss seeing should the opportunity arise. 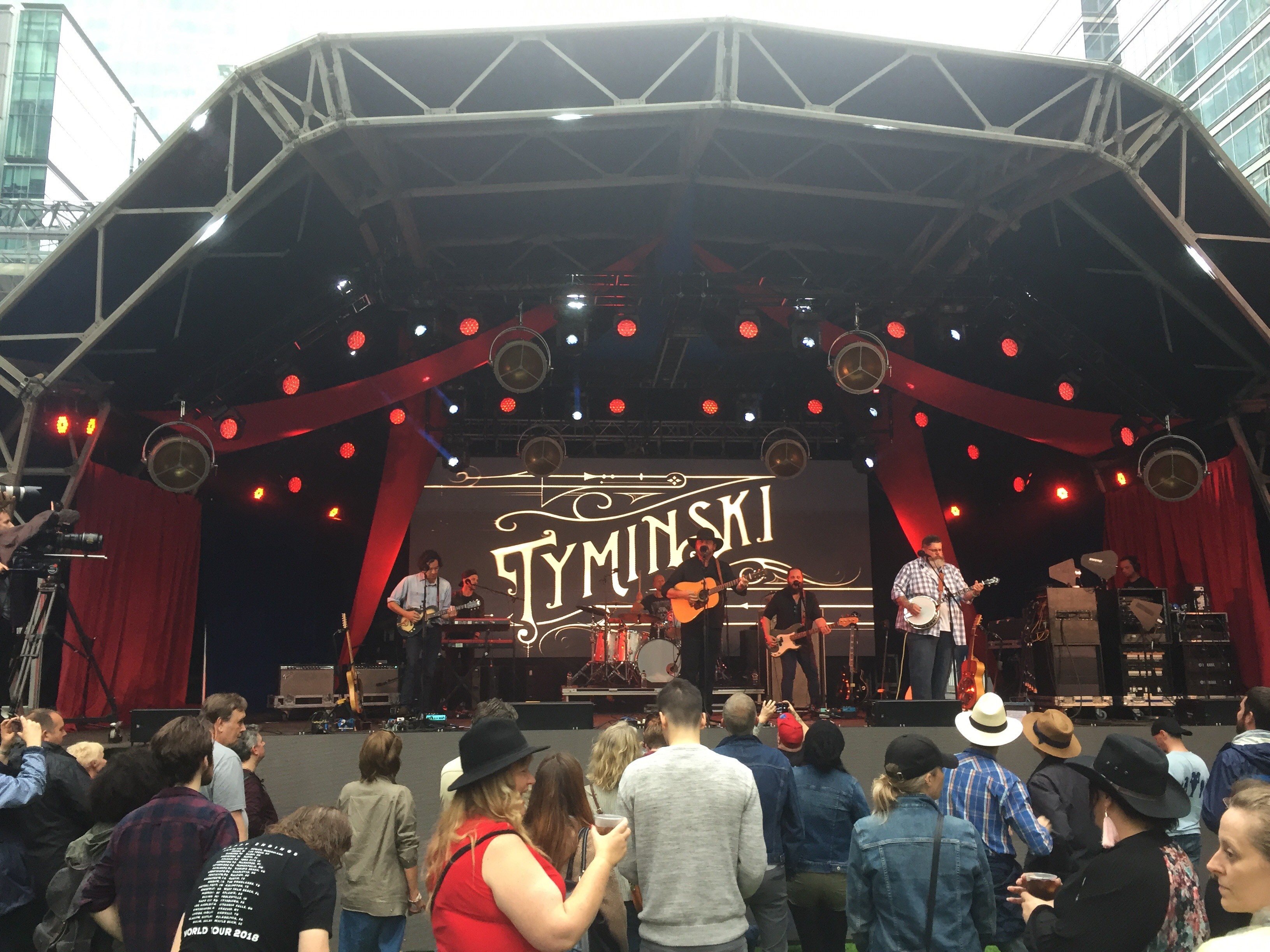 As always a well organised, friendly, family friendly, safe event right in the heart of the capital that is well worth travelling to London for as the music is fantastic, you will be guaranteed to make new friends if you want to, you can bring your own food and drink and best of all IT IS FREE!!!!!!  Distance should not be a factor if you are considering it for next year!  My friends I spent the weekend with came down specifically for the event from places including Birmingham, York, Stroud, Stafford, Southampton, Isle of Wight and Scotland so trust me they will all tell you it is worth travelling for.  It provides such a great advert for country music in the UK and what country music is for people who may not normally come across it.  In my opinion it is a more fun and friendly event than C2C or any of the other small UK festivals because it is so well organised and so accessible. Baylen who is the viable face of the festival is such a great host and such an important cheerleader for country music over here along with all of the organisers and everyone else involved deserve so much credit for how successful the event has become in just three years plus I am sure there is so much more to come in future.