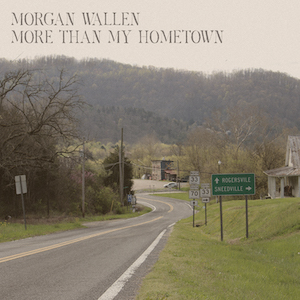 Co-written by Wallen with Michael Hardy, Ernest Keith Smith and Ryan Vojtesak and produced by ACM Producer of the Year nominee Joey Moi, the last-stand anthem settles on a romantic crossroads where two paths are destined to split. With sunset sonics and a nostalgic vocal, it’s far from a bitter sendoff, filled instead with compassion and inner conflict as the gravel-voiced hitmaker wanes vulnerable and aims to prove he’s enough.

Morgan Wallen was due to tour the UK for the first time in a run of sold-out dates next month, but last week shared with fans: “For obvious reasons we’ve had to cancel these shows. I’m sorry y’all. I wish there was some way around it, but this is our only option right now. I was looking forward to coming over there so much, I’ve never been to the UK before. I’ll be back. Y’all take care and stay safe during this weird time.”

The critically acclaimed country renegade continues his hot streak with a slew of new achievements, earning his first-ever ACM nomination for New Male Artist of the Year and recently topping 2.5 BILLION total career streams. His first-ever chart-topper “Up Down” just doubled down on PLATINUM certifications from the RIAA, matching his most-recent chart-dominating #1, 2X PLATINUM “Whiskey Glasses,” while current GOLD-certified single “Chasin’ You” races towards Country radio’s top spot, climbing inside the Top 5 this week.

Brennley Brown Brings Comfort In Difficult Times With “One ...