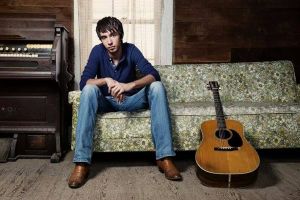 Born in Rockford, Illinois, Mo Pitney is a relative newcomer to the country music scene, having signed to Curb Records in 2014 and since releasing two singles to radio. Although he is now extremely comfortable playing in a neo-traditional country style reminiscent of the ‘90s greats, Mo actually grew up playing bluegrass. “I was home schooled,” he told us during a recent conversation in Nashville, to which he had driven 50 minutes in the thick snow from Ashton City, where he currently lives. “I travelled and played blue grass music for a long time with my family. When I was eighteen or nineteen I moved to Nashville, just kind of started to have some doors open up in the country music field.” 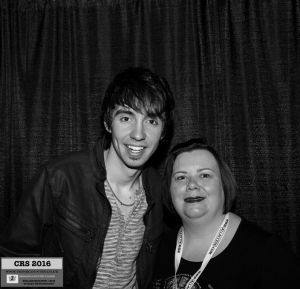 However, Mo has always loved country music, and would often perform straight country with bluegrass instruments, creating a style he calls “country bluegrass.” This made the transition to country easy, so much so that he got a record deal shortly after moving to Nashville. “Things have started flying,” he says. “It’s been a hurry up and wait a little bit; there’s been a lot of development that’s gone on and me trying to figure out who I am and really what I want to say, and God really working in my life and getting my head on straight.” One key example of God really working in Mo’s life has been his marriage to Emily Bankester, who he met when they were both 15 years old. It took a while for them to really connect on a romantic level, but at the age of 21 they bonded over similar experiences with God and finally wed in Carbondale, Illinois on March 5 of this year, aged just 23.

In addition to the great strides in his personal life, Mo has also been enjoying some professional success. He released his first single ‘Country’ in 2014, reaching the US country top 40, and followed it up with the top 50 hit ‘Boy And A Girl Thing’ last year. He says they’re working on choosing the next single. “I’d like it to be a song called ‘Clean Up On Aisle Five,’ a song that I wrote with Will Lance.” As for when we can expect a full album from Mo, it sounds like it will be coming very soon. “It’s all recorded, it’s all mixed,” he says. “There’s a few things that have to be matched, and sequenced. I’ve got to put everything in order and then get it matched.” He notes that the order of the songs is important to him. “I’ve never done it before. I’ve never sequenced an album, but I’ve listened to other albums that were sequenced really well.”

While country radio is still hung up on party anthems and producing throwaway hits with little substance, Mo Pitney offers a breath of fresh air for country fans dying to hear something deeper. “I want to promote goodness and hope and joy, but I also want to touch on the reality of life,” he explains. “I want to be able to touch people and meet people where they’re at, and write songs that are real to people even if they’re hard to listen to, because I think that it’s part of kind of the overall scheme of things. [Not] everything is good, you know.”

While they’re hoping to have the record out in May, Mo also notes that he’s been busy travelling a lot. “We’re visiting radio still, just kind of doing [a] thank you for playing our records,” he shares. “From Maine to California, sometimes in the same week. It gets pretty crazy.” He also reveals that his much-anticipated debut album will likely share its name with a song he didn’t write, but which is one of his favourites, called ‘Behind This Guitar’.

The track was written by Don Sampson and Phil O’Donnell, and it expresses gratitude and humility over all the blessings in the narrator’s life. It seems appropriate for an album title, particularly as Mo muses, “[An album is] the complete thought of your artistry, especially your first record. You try to encompass all that you understand yourself to be or your full message, your whole outlook on life, and you want to take them through that journey.”
Fans are certainly excited to take that journey with him, and celebrate his blessings along the way.

A Night of Americana