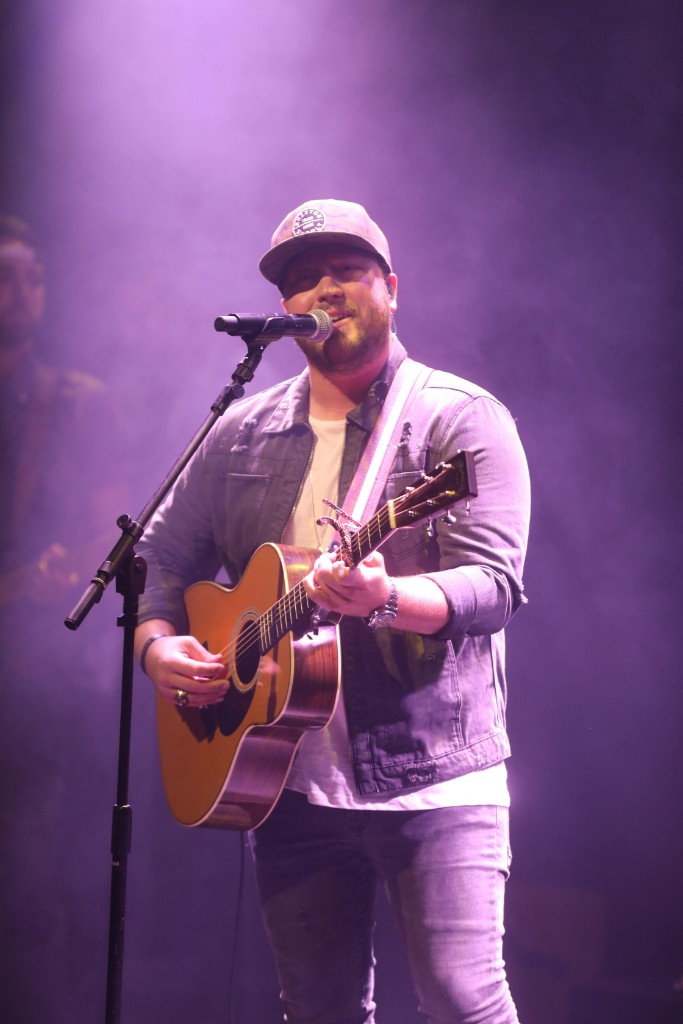 October 10 was a special day for songwriter and powerhouse vocalist Mitchell Tenpenny as he celebrated the announcement of his debut major-label album, Telling All My Secrets, at The Cowan at Topgolf. For Tenpenny, who was born and raised in Nashville, it was a ‘full-circle moment’ where he performed six songs off of his forthcoming Riser House/Columbia Nashville record including Top 15-and-climbing smash single “Drunk Me,” for which he was presented with his first gold plaque. Telling All My Secrets will be available everywhere on December 14, 2018.

“Growing up in Nashville around the music industry and seeing so many friends reach these milestones: getting a record deal, releasing their first single, setting a release date for the full album, they’re all things I hoped for and now that they’re all happening, I’m really just trying to live in the moment,” shares Tenpenny. “To be standing on the stage with those same folks showing up for me, well it reminded me of why I love this music community so deeply and just how far we’ve all come.”

Tenpenny is a rugged individualist who operates with confidence in the space between contradictory themes. He’s an authentic, fearless songwriter and performer penning hits and touring with Maren Morris, Jake Owen, Brett Young, Lynyrd Skynyrd and Dustin Lynch among others. He has already been tapped as the opener on two major tours in 2019 including Old Dominion’s Make It Sweet Tour.

His self-titled EP on Riser House/Columbia Records has garnered more than 91 million on-demand audio and video streams and the Top 15 single “Drunk Me” has amassed more than 77 million on-demand streams at the astonishing rate of more than 3 million a week, securing “Drunk Me” as the highest-charting debut single on both Billboard and Mediabase country charts. His total career streams exceed 104 million, across various platforms.

As the overwhelming statistics for the new artist show, Tenpenny is connecting on a deeper level.

The affable entertainer closed his Nashville album-announce party on a solemn note performing the album’s closing song about his late father, “Walk Like Him.”

“I lost my dad to cancer years ago, but even before, my family would always tell me I walked like him,” Tenpenny told the audience. “Now that he’s gone, I try to emulate him in other things I do.” He paused before adding, “This was a song I didn’t know I needed, but when I sat down to write it, it was my therapy.”

Earlier this year, Tenpenny founded “The 10Penny Fund” to provide inspiration and support to cancer patients beyond traditional medical treatment. It was formed and designed to motivate patients, encourage healing and build a community of support like Tenpenny’s family found following his father’s diagnosis. More information on the fund can be found by visiting www.cfmt.org/giving-and-investing/become-a-donor/give-to-a-fund/the-10penny-fund/.