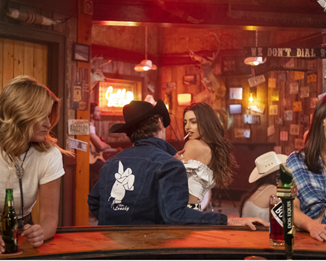 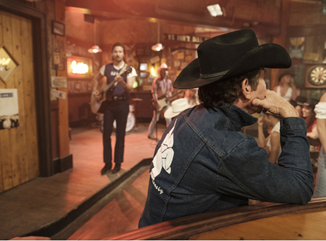 Midland member and MTV VMA winning director Cameron Duddy — who has also directed for artists such as Bruno Mars  — co-directed the scenes, filmed on Netflix’s “The Ranch” set, alongside brother Colin Duddy.

Midland singer Mark Wystrach, guitarist Jess Carson and bassist Duddy wrote “Mr. Lonely” with esteemed hitmakers Shane McAnally and Josh Osborne. The song has quickly gained a following and was ‘most added’ at Country radio upon release, offering a Dwight Yoakam-inspired guitar lick that builds on the classic Country vibe that helped make the Texas group’s 2017 debut album ON THE ROCKS such a critical and mainstream success.

The ACM Award-winning three-piece has spent the last two years on the road performing hits like their Gold-certified No. 1 “Drinkin’ Problem” and fan favourites such as “Electric Rodeo” and “Gator Boys.” Midland has earned a reputation as a wildly satisfying live act, picking up tour dates with Tim McGraw and Faith Hill, Little Big Town and Thomas Rhett, in addition to headlining their ELECTRIC RODEO TOUR. 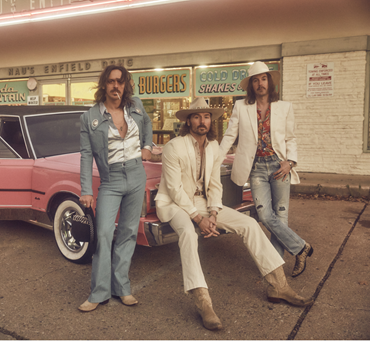 Midland tour the UK with headline shows in December 2019:

Special guest on the live dates will be Desure.