“The title is a bit tongue in cheek with reference to a seminal album that largely influenced this band cut against the strange reality that we’ve all found ourselves living these last few months… It was medicinal to pick these songs back up and re-interpret them in a new way both recording wise and in the arrangements & colorings.  We hope you enjoy these new iterations as much as we did making em,” explains lead singer Mark Wystrach. 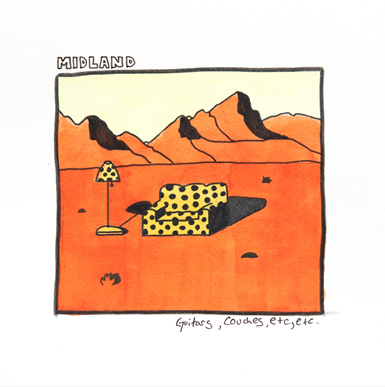 The GRAMMY®-nominated trio also present never-before-seen footage from their one-night-only event at the revived North Hollywood venue Palomino. Check out the trio’s performance of “Cheatin’ Songs” from the iconic hotspot.

Midland has grown from bar band to an in-demand headliner, spending the past three years on the road selling out headline tours from coast to coast as well as getting to support some of Country music’s biggest stars like George Strait, Garth Brooks, Tim McGraw and Little Big Town. Visit MidlandOfficial.com for additional information.

New amped up version of their original track, released by The Cad...