Midland, a band that are rising quickly through the ranks in Country music and we got to sit down with them before their headline show at London’s Shepherds Bush Empire. These boys sure like to talk, 10mins flew by but here is what they had to say about touring the UK, celtic history and Randy Travis….! 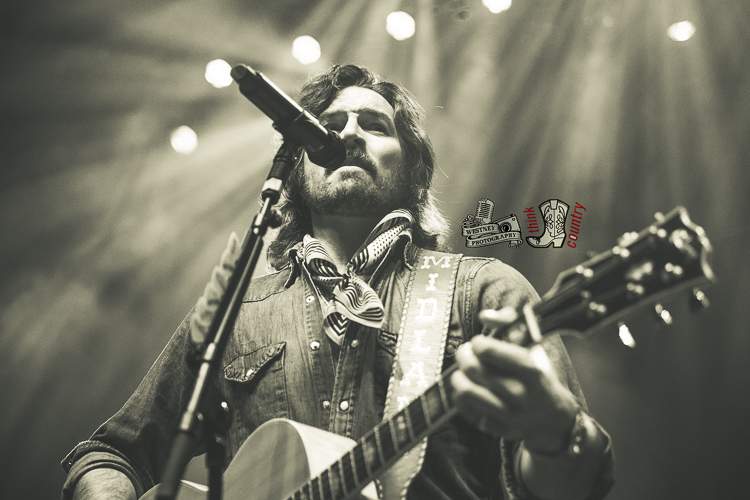 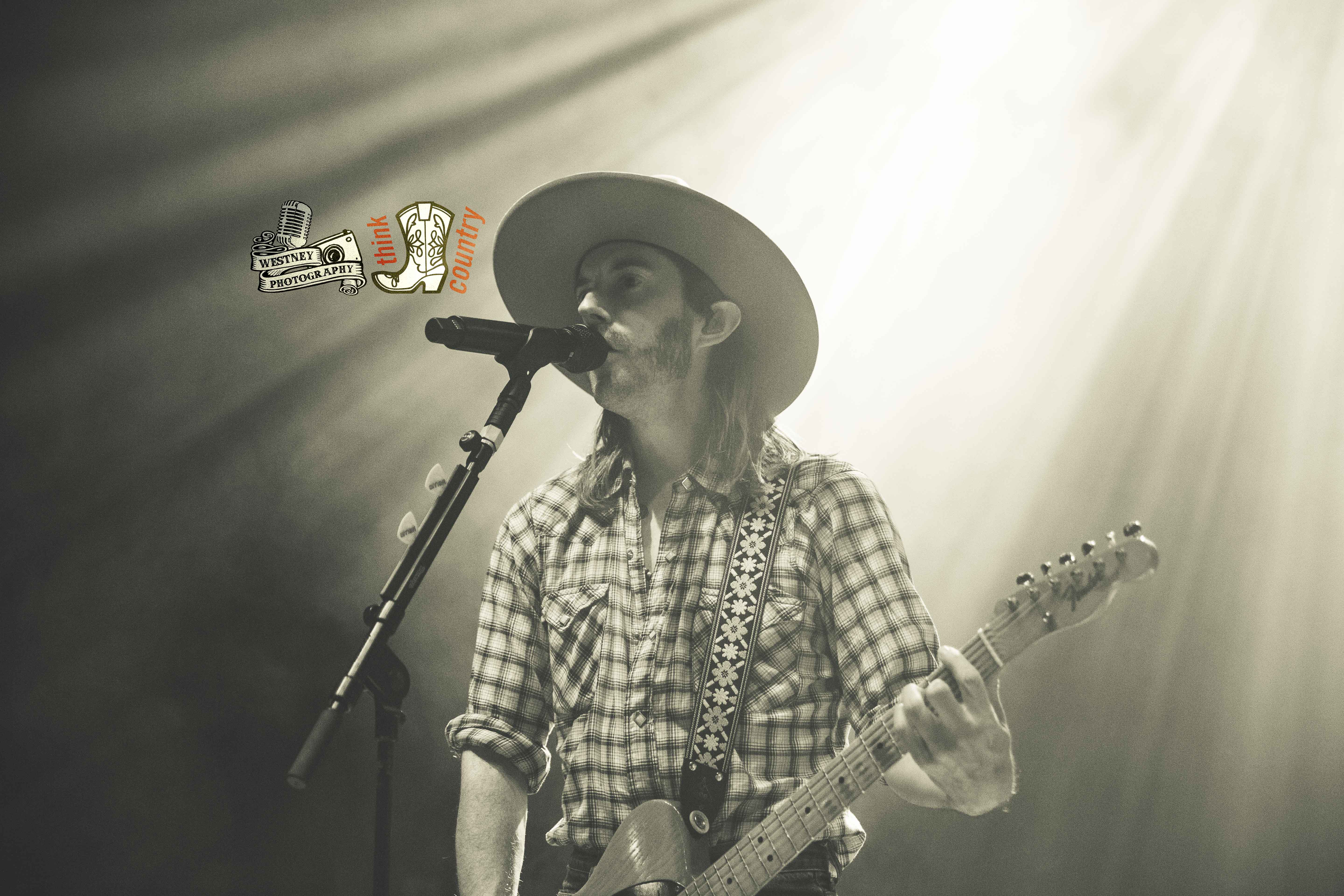 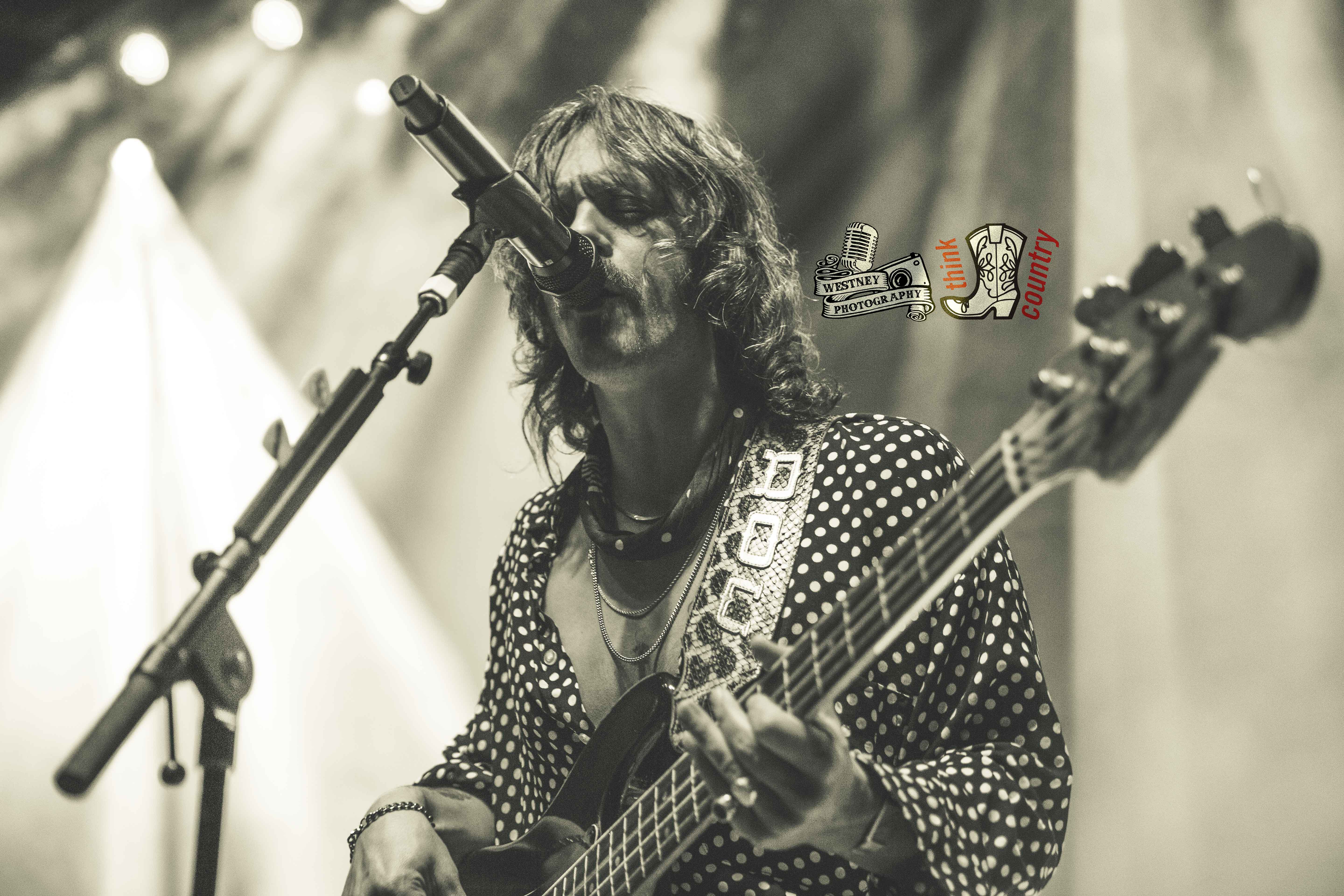 Amy: Good evening guys, great to see you back here!
So this is this your second time here to the UK?

Amy: Right, your last little tour was around the same time you visited to play the C2C Festival in London.

Cameron: We’ve been to Europe before but as a band C2C was our first exposure.

Mark: With those shows we started in Amsterdam, then went to Berlin, and then I think we jumped on the C2C and we finished at Omera [in London]. That was incredible, we were pretty surprised that anybody would give two shits about us at that point but the reception we got especially here in London at the O2 exceeded all of our expectations. It was a very, very special night for us. Now to come back and to sell out, I think, the entire tour. Our first time at headlining out here. Yeah, our guys out here are saying they’ve never seen that before, so it’s been fantastic, yeh it’s a nice surprise.

Amy: Our country fans over here are hardcore!

Mark: They sing, they know all the album cuts, they know like, they’ve been talking to each other. They know what covers we’ve been doing. It’s amazing.

Amy: Because we don’t have really have mainstream country radio you got quite I don’t know if you know Chris Country?

Cameron: Yeh, I think we talked to that dude,

Amy: Right, you probably would have spoken to Chris. They covered a lot of C2C but they are a digital radio station so unless you have DAB or you have access to internet you can’t just get in the car and tune into a country station. So people will hear a band name and then go and I download iTunes on Spotify and just listen to everything that you have ever done there’s no escaping it!

Mark: It’s kind of the opposite of the American country market where everything is still driven by radio. It’s really the only genre of music I think that is driven by radio. Maybe that and classical music, I don’t know.

Amy: So how do you find playing in the UK, compared to back home?

Mark: Well you have to play all of your instruments on the other side of the road so… thats tricky.

Amy: From an audience perspective in terms of when you’re playing the show I know that a lot of people will come over and are always a little bit unsure as we can be very quiet and attentive.

Mark; Uh, so, our opening act is a good buddy of ours who is just releasing his first music, called Desure, and he’s out just solo and he’s doing acoustic openings by himself and it’s the first time he has worn in-ears so he can’t hear the audience. The first show there was no stage mic and he was kind of freaking out, he thought it was a terrible how because people were so quiet. We’re so used to, especially if you are playing an acoustic show when starting and nobody knows you. You’re so used to everybody talking and there is this rather loud white noise and just the rumble of the crowd. People, even for our opening act are quiet and listening to the words and are very gracious. Though, to be hoist, we haven’t had that experience, our crowds have been quite rambunctious, even on Sunday and Mondays, which sometimes can be tough shows.

Amy: Well you did play in Scotland, I think they are always gonna be rowdy!

Jess: The audience had all this rotten fruit and they were like this [poised as if to throw] but then they got into it and didn’t throw the fruits.

Amy: Well, thank goodness for that! [laughs] Lucky escape!
So this is the last show of your tour in the UK?

Mark: In the UK yes, we are off to Dublin tomorrow. Hopefully those William Wallace loving dubliners!
Cameron: Thats Scotland…

Jess: It’s been a while since he’s seen the movie! [laughs]

Cameron: With Britain, like, the entirety of our education was sort of Scotland, Ireland, England.

Mark: That’s not true actually! I studied the history of Scotland and Ireland in college. Celtic history, yeh.

Amy: You probably know more about it than I do then!

Mark: To begin with, all of the UK and Ireland were founded by the Vikings and then the ancient French that came over, so a lot of people don’t know but the first kingdom they actually spoke French for 300 years, in the UK, and they had Welsh Corgis, the vikings. The first King of the United Kingdom in 1000AD, King William, he was actually French speaking.

Amy: Nice! I am not used to getting history lessons [laughs]

Amy: I’ll take your word for it.

Mark: [laughs] Yeh, well this is a great way to book end a very busy and crazy tour for us.

Cameron: The weather has been, horrible and cold, rainy, its been blistery, like… [laughs]

Amy: Welcome to the UK!

Mark: And Cameron, now, is very fond of that piece of shit.

Cameron: That piece of shit got you home, dude!

Mark: [laughs] But, you know, for us to finish up here in the UK and get to play such an iconic and amazing room, Shepherds Bush Empire, it’s gonna be fun tonight. We actually have a lot of friends that we met over the years through our time in Los Angeles, that are from the UK. I have my childhood best friend coming tonight so it’ gonna be really cool…

Cameron: I thought I was your childhood best friend?…. whatever, dude!

Amy: So the new single.

Mark: Burnout. It’s his [Cameron] birthday so I’m letting him of with a little more!

Mark: How old do you think he is?

Cameron: You would be right!

Amy: I thought so!

Amy: I am inclined not to believe that! [laughs] Anyway! Tell us a little more about the new single.

Mark: Burnout… Well it’s a new single. It’s a song that’s been kicking around for a while that we’ve been playing live, actually all the way back to when we were just playing in front of 15 people over at Poodies Roadhouse, Texas. It’s one of our favourite songs, it was written on consecutive days with Drinking Problem with Shane McAnally and Josh Osborne. What else can I say about it? It’s a really soulful song. It’s got a really beautiful melodic structure to it that is not your typical three chords and the truth. It really does have a really big soaring and beautiful bridge and, you know, the content of the song is… It’s a heartbreak song but it is told in a really beautiful manner that makes it, it’s kind of a tough subject but because it’s….

Amy: That’s what country music is all about, right?

Mark: Yeh, yeh it’s definitely a tip of the hat to the great artists back in the 70’s and 80s that were kind of really parting the blues into these kind of hooky song, you know.

Amy: You also have released Eastbound and Down which is a cover of an old Jerry Reed track, why did you choose to release that?

Mark: Well we were asked to play it on the CMA Awards so we had to learn it.

Amy: So to perform that song initially wasn’t your choice as such?

Cameron: We were asked to perform and we performed that song, which is very serendipitous and a perfect fit.

Mark: It’s a song that we would love to play anyway but it’s a bit of a challenging song, I don’t know if we would have put in the hours to come up with our own arrangement and kind of make it ours and do the whole thing.

Amy: It’s great though, a great version and I love the song anyway.

Mark: Yeh we changed it a little bit, we made it our own. We made some edits and additions to it, so we added on that big swelling, almost like a bridge at the end of the song. Kind of out of place but it’s really fun.

Amy: I think what is nice though is that you can take a song like that that is so incredibly well known, and so popular and still put a little Midland spin.

Mark: Yeh, you’ve always got to do that if you are going to cover something. You’ve got to make it your own.

Amy: Right, before our time is up I have to ask, last year after the floods in Texas, you adopted a dog, Randy Travis. Where is he now?

Mark: It’s a long story, but what happened is that we took in, on the weekend of our release tour through Texas, it was our last show and it was in Houston. They had the Houston pet shelter was out there and there was a bunch of dogs that got lost. We met this really sweet little puppy that have been homeless for weeks and clearly had been in its scuffles with other street dogs. In a really bad way.

Jess: He came in a leather jacket. Yeh, he was a bad ass.

Mark: He was a tough, he was in really rough condition and he was young. We don’t know how old he was but long story short we brought him home, we brought him on the road with us for 2 months.

Amy: Does he still come out on the bus with you?

Mark: No, so we found him a home. He lived with our tour managers place on and off, he lives at Cameron’s place, he actually ended up living at my family ranch in Arizona for almost 5 or 6 months and everybody fell in love with him. But he liked to wander a little bit and he wasn’t great around livestock. [laughs] From his early hunting days, we’ll just leave it at that but he is one of the sweetest dogs and my sister, my big sister actually found him a home with this really lovely young couple. They adopted him and he now literally has the best home, they love him, we stay in touch with them, they send us updates.
He’s really blossomed into a really happy healthy dog.

Cameron: We got him home, we fostered him for a little bit but we are travelling musicians we can barely keep our own relationships going let alone some poor dogs!

Mark: It was a beautiful idea to have a road dog and then he just destroyed the tour bus. He was so sweet though.

Jess: He was a good bad boy.

Mark: We all got Randy Travis tattooed on our heads when we had our heads shaved.

Amy: Thats sweet! I like it. Thanks so much for talking to me today guys! We look forward to the show.