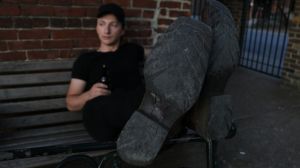 Tell us a bit about yourself / Band

We’re a 6 piece country band from just south of Canada in Syracuse, NY. We feature 4 vocalists, 2 drummers, and a lead singer who runs around stage like his pants are on fire. We’re also quite fond of puppies.

Grew up listening to Southern Rock so backdoored my way into country through Marshall Tucker and the Allman Brothers. After I heard a few George Strait and Garth tunes I was hooked.

We were asked to perform at our high school talent show. I had just written a song about a girl I had a crush on so I knew just what to do. I was terrified but acted super tough. “This won’t bother me I said.” Then I found out the girl from the song was sitting in the front row. Gulp. I went out and nailed it! Except my guitar wasn’t turned on and no one could hear me. I did the mature thing and threw a fit in the backroom while the rest of cast was on stage taking a bow.

Lesson learned? Girls are the devil!!!!

My favorite venue is Red Rocks in Denver. Can’t imagine a cooler place to play a show, though Wembley doesn’t sound too bad either…

Johnny Cash because he’s dead. Imagine how many people would come to see that!

I really enjoy all of Eric Church’s stuff, “Springsteen” is a fun song to sing.

Lots of harmony, some out of this world jamming, a goofball leaping all over the stage, and (I think) some really well written songs about love, partying and living hard, and bringing a bit more understanding into the world.

Sturgill Simpson and Keith Urban’s new album happening at the same time. What a wide river they given us all to ride down.

Just released our new CD “Peace Love *& Beer” which we are pretty excited about. The videos of of “Peace Love & Beer” got over 100K Facebook views which really surprised us!