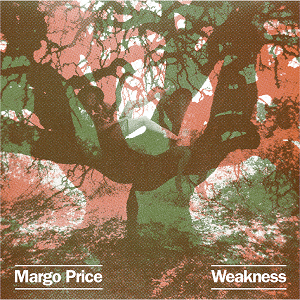 Following 2016’s highly acclaimed “Midwest Farmer’s Daughter”, there’s been a real buzz about Margo Price. She’s been touring extensively to promote the album, winning rave reviews for her live set, which now incorporates some of the songs in this EO which is available digitally, or as a special two piece vinyl set. If the idea of releasing this is to re-invigorate sales of her album, then it’s a fine piece of marketing.

I have to say, I was coming into this review cold, as I’veot heard “Midwest Farmer’s Daughter”, but I’ll be seeking this out after hearing this four track EP which gives over fifteen minutes of high class music.

Kicking off at a cracking pace, the title track is written by Margo & husband/band mate Jeremy Ivey. This is a real foot tappin’ honky tonk pleasin’ confessional. Admitting to her various vices, Margo ends the chorus with “sometimes my weakness is stronger than me”. I can see this as a crowd pleasing live song, but I wish her vocal was a little bit higher in the mix. Nice steel & fiddle.

“Just Like Love” is a moody, atmospheric lilting slow burner, beautifully executed. The only slowish song on the EP, musically it reminds me of latter day Mark Knopfler, which is meant as a compliment.

Next comes “Paper Cowboy”, a song about the falseness in people. Margo describes her man as one who can talk a good game but ultimately isn’t quite who he says he is: “lay down your guns, they were never loaded anyhow”. After a slow opening verse, with lashings of steel & slide guitar, the pace is changed to a real out & out rocker, with a three minute psychedelic cosmic jam, which took me back to “Eight Miles High” by the Byrds or some of the early Doors extended jams – mindblowing!!

“Good Luck (for Ben Eyestone)” is a bittersweet farewell to a local Nashville musician who died of cancer earlier this year. Often, songs like these are maudlin affairs, with slow overly sentimental lyrics. Not here though, this is an upbeat mid paced song with a nice hook “so long my friend.”

If this EP is just to mark time until her next album, then I for one can’t wait. Now then, let me download “Midwest Farmer’s Daughter….