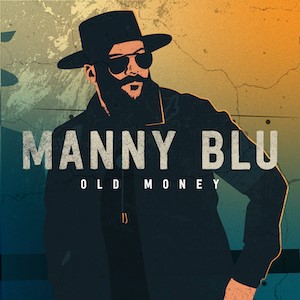 “‘Old Money’ is a song about true love and wanting it to last for a very long time,” said Blu, who approaches music with the same fighting spirit that set him on his original path as an MMA fighter. “The imagery in which the song is written with, is beautiful yet it had the new sound I’ve been looking for, for this EP. I couldn’t be happier with the way the song came out.” Raised as a versatile athlete playing hockey, soccer, and American football before kick-starting his MMA training at sixteen years old, a leg injury left him unable to compete in professional matches, and he found himself at home in Montreal recovering from a torn quadricep, and used the time to re-discover his passion for music, eventually finding an appreciation for the easygoing swagger and relatable storytelling of modern country, playing hits on an acoustic guitar for groups of friends. “I learned there’s a culture and a vibe to country music that’s like nothing else,” he said. Stream/download ‘Old Money’ here.

ABOUT MANNY BLU:
Manny Blu has always been a fighter. Years before he criss-crossed North America as an acclaimed country singer and a true road warrior—playing nightly shows in support of his 2019 debut album Leave It Like It Is, while also sharpening the larger-than-life sound that would fill his 2020 follow-up EP New Ink—Manny spent his days in the gym, training for a career as an MMA fighter.

Traveling often to Nashville from his hometown of Montreal, he began piecing together a new record—one that showcased the lessons he learned on the road. Working with producer Aaron Eshuis and hit songwriters like Josh Osborne, Rhett Atkins, and Ross Copperman, Manny Blu emerged from Nashville’s OmniSound Studios with New Ink. From “Born To Ride” to “Sink,” these new songs tell relatable stories about love, loss, breakups, and everything in between, rooted in an amplified mix of country twang and heavy rock & roll attitude.
“I wanted the album to sound the way we do live,” says Manny. “There’s more rock, more soul, and more volume this time around. It’s bigger and louder, but it’s still me. And more importantly, it’s still fun.”

New single & video out now from Jerry Castle ahead of upcomi...