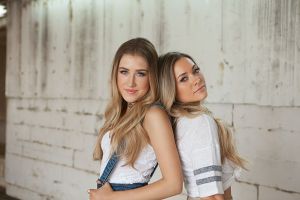 Dates as follows and tickets are on sale February 24 2017: Get tickets Here

The October 2016 concerts were Maddie & Tae’s first tour of the UK and they were supported by Una Healy, embarking on a solo career whilst the Saturdays are taking a break. The dates were prompted by a rapturous reception to their performance at C2C at London’s 02 Arena last March, during which Maddie & Tae promised fans they would return.

“Maddie & Tae’s set at C2C 2016 was a real surprise. Their album Start Here is good but I had absolutely no idea how engaging and enjoyable they would be live. They quickly highlighted themselves as one of the best acts at this year’s festival” Entertainment Focus