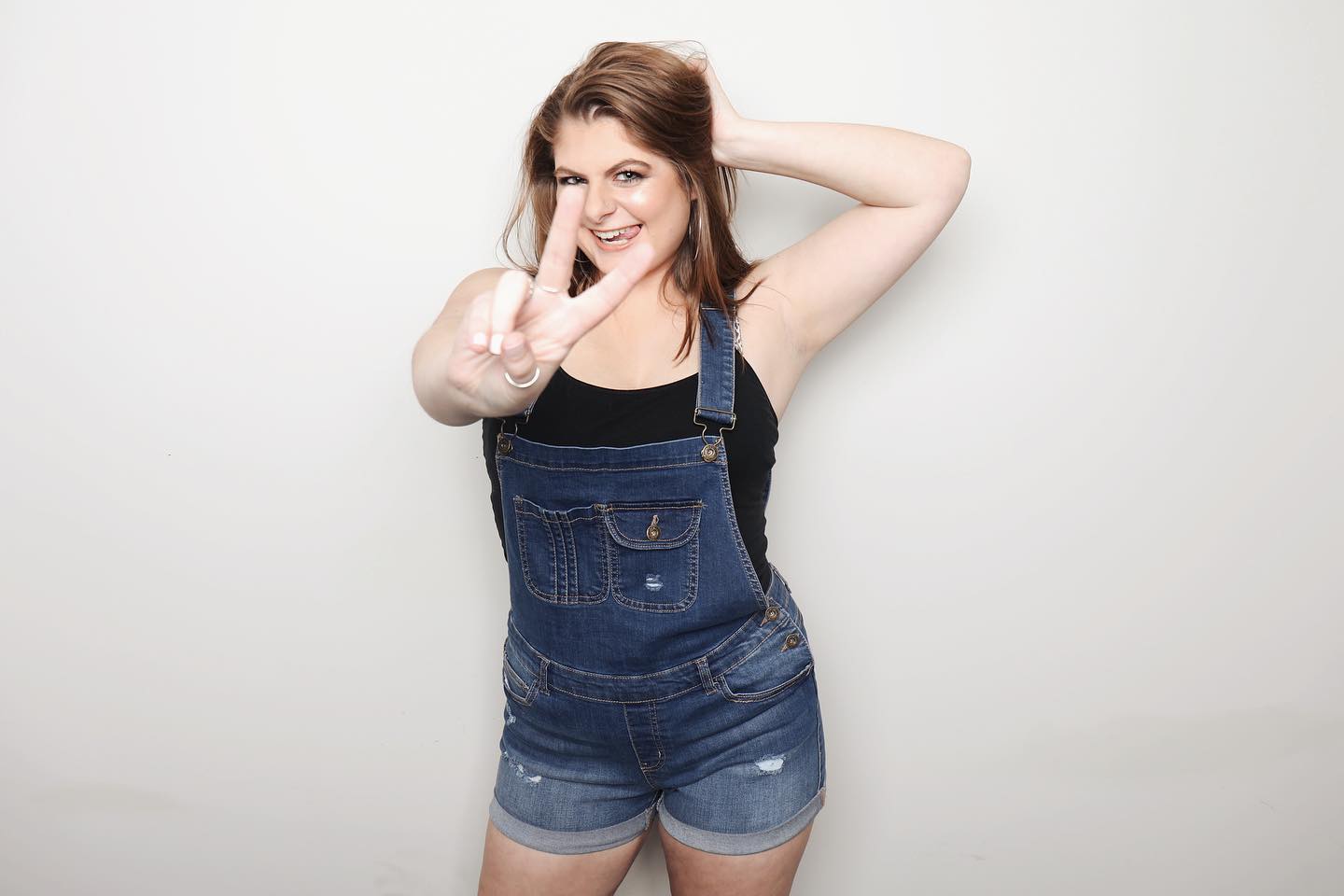 “You gain strength, courage, and confidence by every experience in which you really stop to look fear in the face.”  Eleanor Roosevelt

All across the world there are artists that dream of moving to Nashville and making a career out of the music business.  Out of all of those countless dreamers, only a handful actually do it. Those are the ones you’ll see if you come here and you do the “Broadway thing” and visit the honky tonks or go to a lot of the songwriter rounds in town.  They’re the ones working hard for tips to pay the bills, but mostly, they’re trying to get people to hear them. While you’re having the time of your lives, they’re hustling like mad to develop a following.

From the conversation I had with Lyssa Coulter, a native of Westborough, Massachusetts, she fits the description above to a tee.  Artists like Coulter are hoping that those people enjoying her music will take notice of her and not forget her the minute they walk out the door.  She wants them to find her music digitally and connect with her on social media. She fully understands that fan interaction is a key component to being a successful artist.  For someone who only recently made this town home, she’s putting the pieces of a very large puzzle together quickly. Lyssa Coulter is one of the thousands of up and coming artists in Music City, but each one is unique in their own way.  This is Lyssa Coulter’s story. 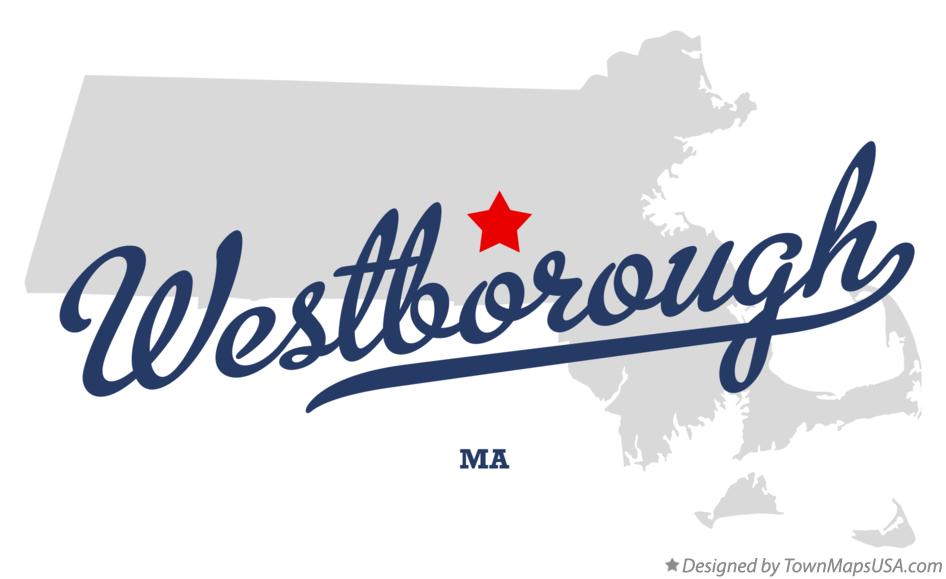 Coulter describes the youngest part of her life as something out of Taylor Swift’s song, “The Best Day”.  A beautiful house with a perfect family, where she would often find herself in the foyer with her karaoke machine, ready to sing for anyone that would listen. She said she was an extroverted child that would look forward to music class at school and couldn’t wait to sing anything, while the other kids were dreading it.  She tried all kinds of sports, but didn’t have the knack for any of them, it always came back to music. 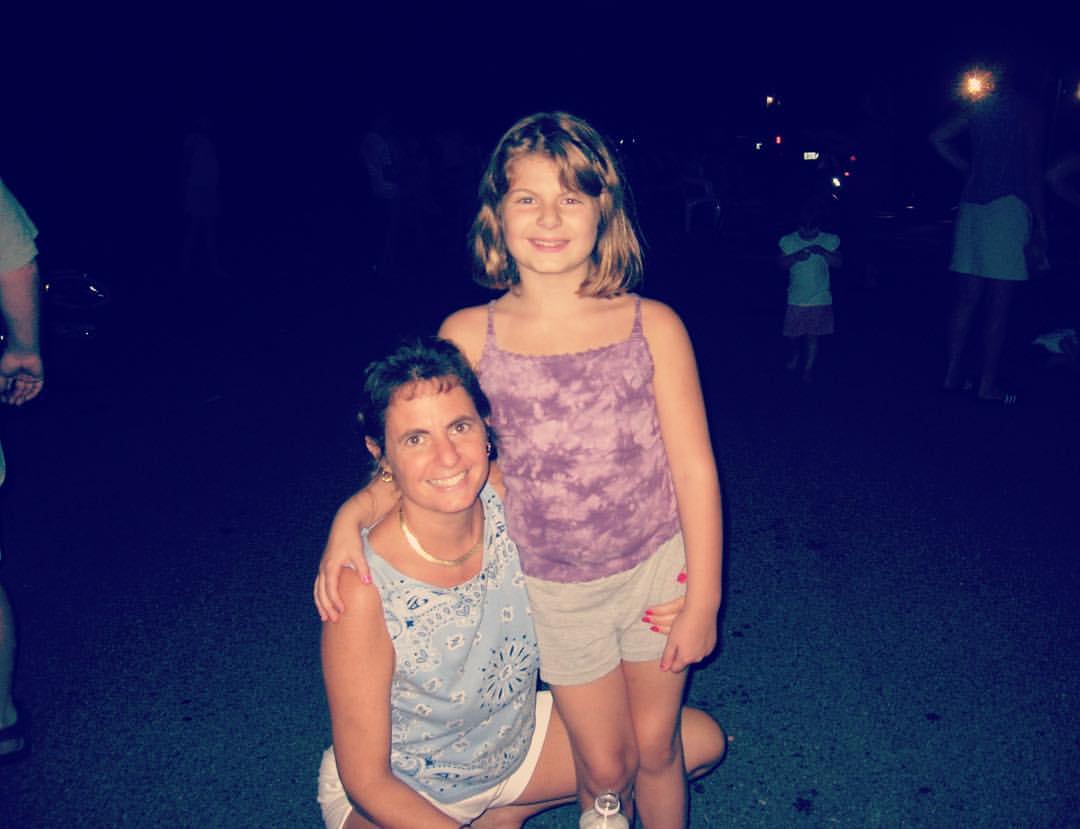 As a teenager, things were much different.  Her parents divorced and away went that beautiful house.  The outgoing little girl had turned inside herself and became the target of bullies at school.  “It was kind of a low point in my life,” says Coulter. She began being homeschooled and started playing guitar.  It was a little, pink electric Lyon. “I had no idea there was even an industry or a local scene or anything at that point, but the next year I got a nice acoustic guitar.  I was also taking vocal lessons then, mostly just musical theater stuff then, but still, I had no idea there was an industry.” Coulter is a self-taught guitarist, like so many are.

Whether or not she knew anything about the music business, she was learning things.  A music class gave her opportunities to experience playing in front of an audience at Faneuil Hall in Boston.  At first she would sing to backing tracks, but eventually she would play her guitar. Not knowing what genre she really fit in with at that point, it was mainly pop and country covers that she and her friends would sing.  They were 15-minute sets and they were “never purely country at that point,” said Coulter. 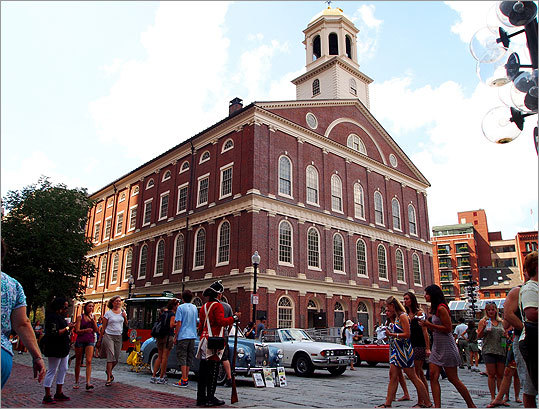 One gig this New England girl had before she knew she had one, was singing karaoke.  Thanks to her mother, who would take her to CBS Scene (reopened as CBS Sporting Club in July 2018), inside Patriot Place, next to Gillette Stadium, on karaoke nights to sing her go-to song, Carrie Underwood’s “Before He Cheats”.  A heavy song for a young girl, but you take your training where you can get it, even if you don’t realize you’re preparing for something bigger. 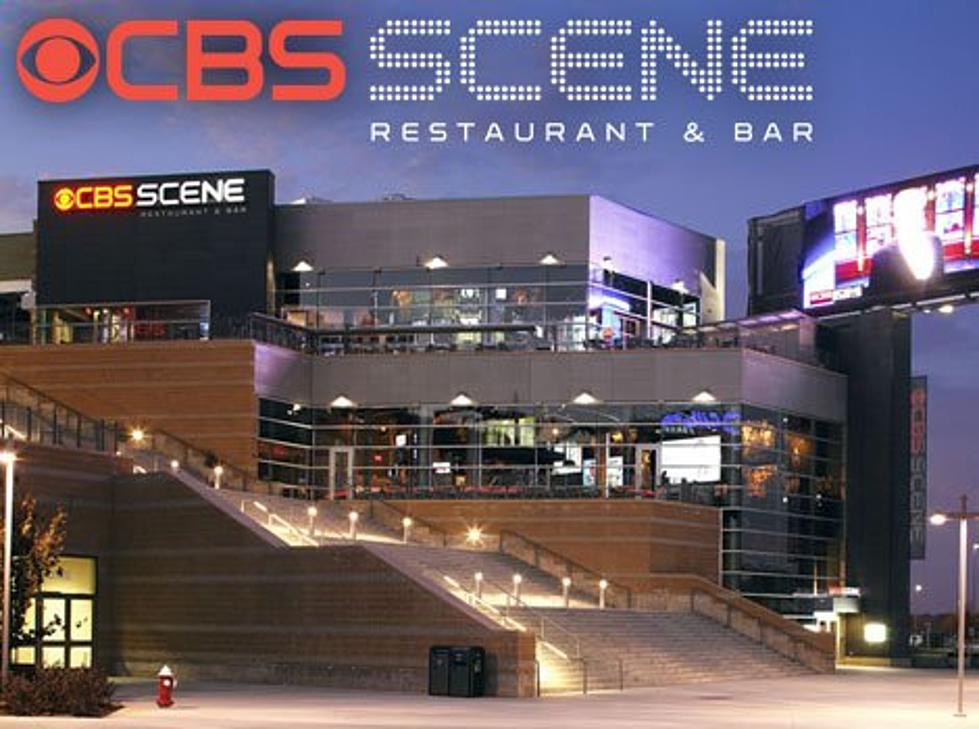 So, when did Coulter come to the realization that there was a way she could actually write and play music for a living, and it was going to be country music?  Not everyone has a defining moment, but she does. She knows exactly when that moment was too.

It was at the House of Blues for a Kelsea Ballerini concert.  “As soon as the lights came up and I heard the music I knew it.  The outfits, everything. I got to meet Kelsea twice that night. It just all came together.  I knew that was what I wanted to do. I feel really fortunate to have had that moment.”

From there, she’s played the recently closed Opry City Stage in New York City after entering a Nash Next competition and being a Top Ten finalist, and since then she’s even played on the same Nashville stage with Lance Carpenter, who co-wrote Kelsea Ballerini’s number one smash “Love Me Like You Mean It”.  I guess you could say that moment back at the House of Blues was meant to happen. She was on her way.

Moving to Nashville is a big step, but Lyssa Coulter took it, but don’t think she didn’t have a case of nerves before she did.  She almost threw in the towel just beforehand. “I had my rent and my security deposit on my apartment paid and I almost changed my mind, but I knew I had to do it.”  When she first got here it was a whirlwind. “My mind was very much taken up by planning my tour and settling in. I had to get in the mindset of ‘This is a town where you have to take every opportunity you get’, so that’s what I did.”

She quickly got herself together and started getting out and meeting people.  One of the best contacts she made was a fellow artist named Lenny Martelli. That led to her finding a manager, something that she never had before.  She’s been playing gigs around Nashville regularly at places such as the Nash House, Belcourt Taps, Live Oak, Commodore Grille and Alley Taps.

She’s also been on the road, most recently in Montana, Colorado, New York and her home state of Massachusetts.  She’s got future dates in Pennsylvania, New Jersey, Delaware and she returns to Massachusetts regularly to play shows back home.  Her full tour schedule is listed on her social media sites (links below). So, she’s busy. She loves the live experience, especially the fan interaction.  She enjoys strong fan bases in New York, Colorado and Montana and is looking forward to broadening her following with her upcoming tour dates.

Coulter’s music is doing well.  Her current single, “Cruisin’” is available on all digital platforms and is one to watch, but don’t look over another one called “Maybe Tonight”.  That one is a prequel to another song, “Whiskey in the Twilight”. While playing the Taste of Country festival in Hunter Mountain, New York, “Maybe Tonight” caught on unexpectedly.  It wasn’t the intended single, but Coulter isn’t complaining. She’s loving that people are loving it. 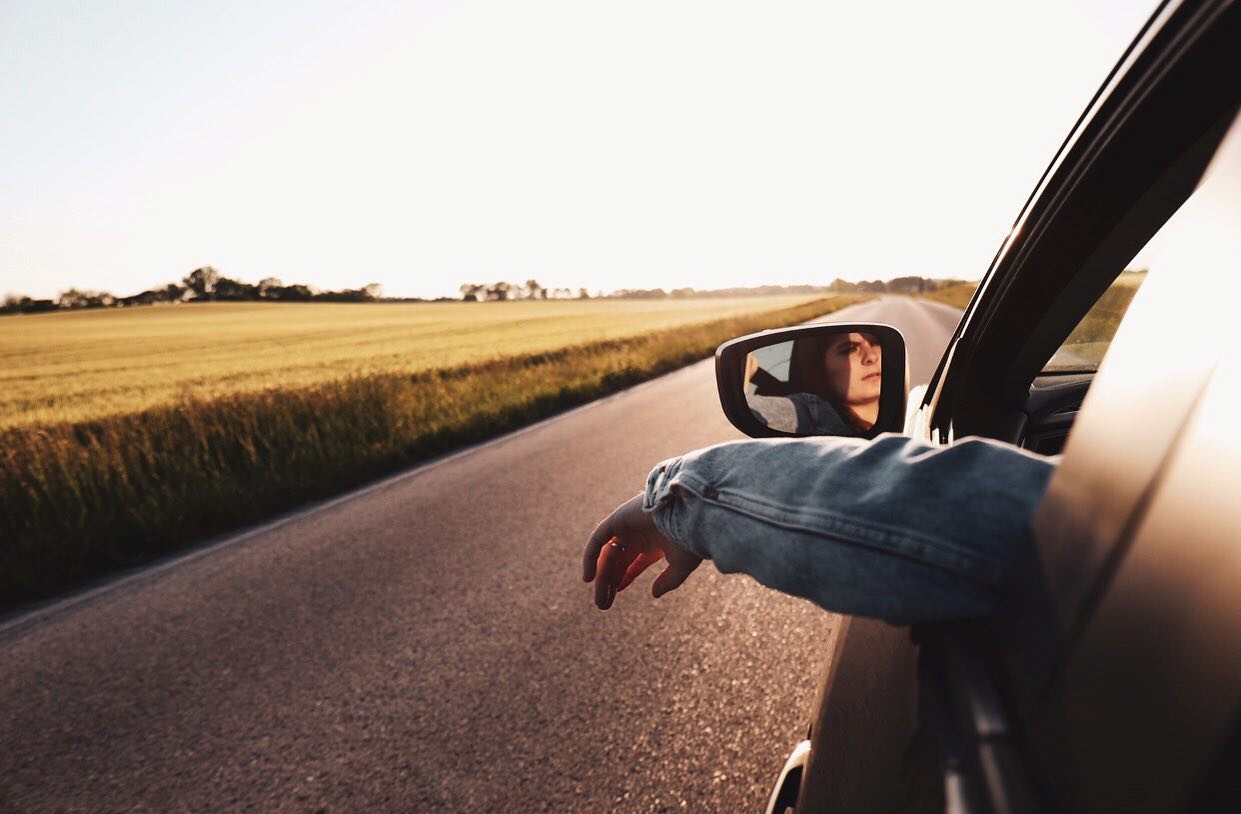 New music in the works?  Absolutely. Coulter has been doing a lot of writing and has goals for herself.  “I want to get my guitar and vocals to the next level. It’s funny, I don’t even look at people down here as competition.  You just know what you’re surrounded by.” She told me she’s been doing a lot of co-writes with talented people like Juju Capograssi, Chelsey Carter, Karissa Ella and Taylor Hogan.  I was clued in on one song that Coulter and a group of young ladies wrote that sounds fantastic, but I refuse to talk about it publicly. I haven’t heard the song, but the idea sounded so cool and unique, I don’t want anyone stealing it on my watch.

Right now, Coulter is very much in learning mode when it comes to writing.  She’s up for writing with as many different people as she can because she feels she can take something new from everyone, whether they’re a hitmaker or relatively new at this game too.  She calls herself a “concept person” when it comes to songwriting. Most writers will call themselves either “lyric” or “melody” people, but she stands firm on being the conceptual person in the room who knows when she hears a melody she likes or doesn’t care for much.  As for lyrics, that’s where she feels she needs to do the most work. 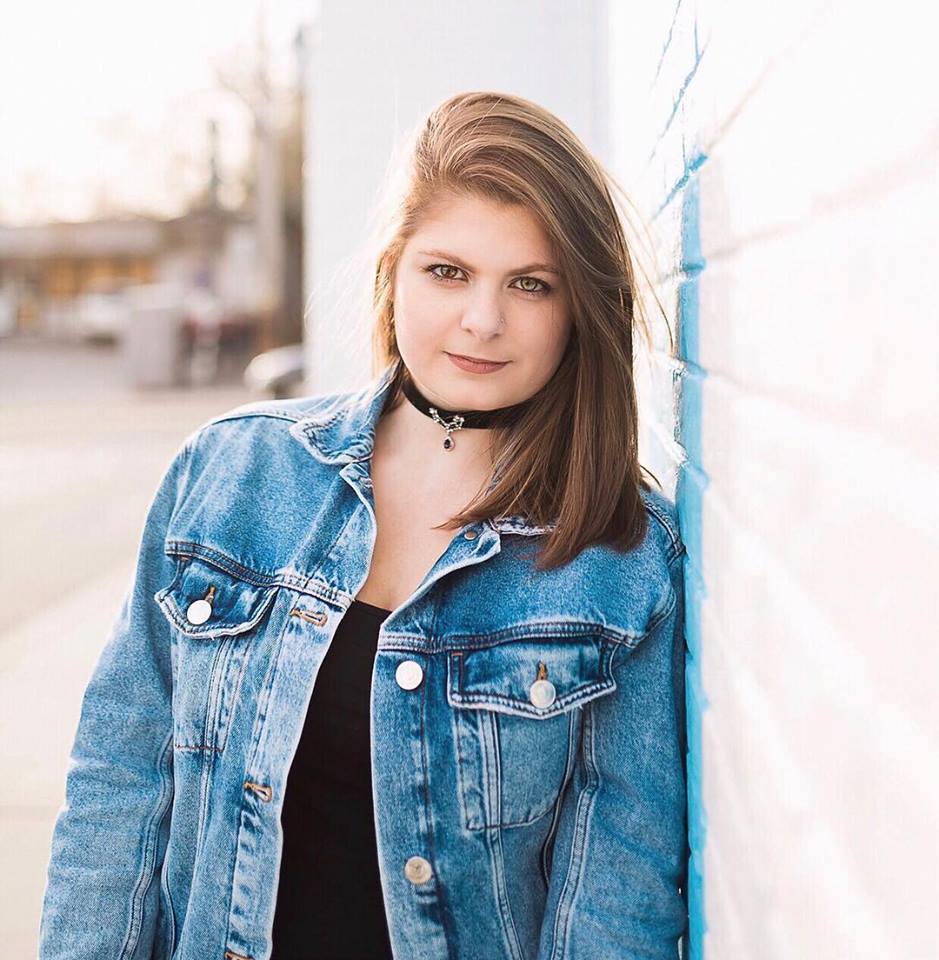 Lyssa Coulter made a giant leap.  She moved to Nashville on her own from New England to pursue a music career.  She took a wild chance. What advice would she give to someone that’s been thinking about doing the same thing, but just hasn’t had anyone give them any concrete, actionable advice?  What should you really do? Not the same worn out, gift shop type words of encouragement, but real world actions you should take?

“Be very selfish.  Be brave. Do not let anyone hold you back.  Do it for yourself. Don’t stay back for anyone, not mom, not dad, not a boyfriend, I have a boyfriend back home, I’m here.  Not saying this in a negative way, but if they really love you, they’ll stick around and support you or they’ll come down with you.  If not, they’ll go and life will go on. Don’t let money hold you back. I had thirty-five dollars left in my bank account after I paid my rent and security, but we can’t let things like that hold us back.  Find a way to make money. Do whatever you can. Pick up extra hours at work. If you have to miss a family dinner or whatever, make those sacrifices. It’s about not being afraid of sacrifices.”

Coulter was passionate about this topic.  She went on, “Learn to accept honesty and criticism.  My friends tell me everything I do is so good, but I have to ask them what isn’t good about it?  I really want to know and they tell me everything is good. No, there has to be something that needs improvement.  I can’t get better if they aren’t honest with me. When I went into the studio to cut my demo I was so excited and they were like, ‘Redo this.  Do this again. Do that again.’ I thought I was doing everything wrong, but they were just trying to make it sound right. They want it to be perfect because they care.  You have to learn to handle honesty. It’s to help you be better.” 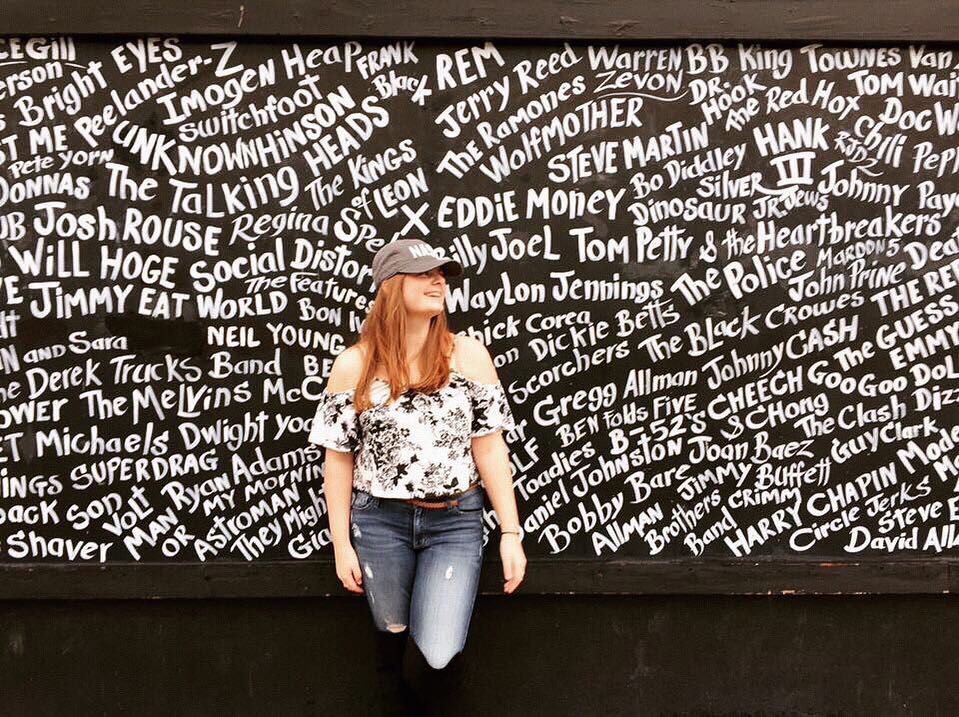 We were running short on time but I had just enough of it to throw in a few extra questions for fun.  Phone apps Coulter can’t live without? Instagram, Diner Dash and Bricks and Balls. Places she’d like to play but hasn’t yet?  Anywhere in California and Las Vegas.

Last, but never, ever least, when Lyssa Coulter “Thinks Country” what does she think?  “I think free. I think having a good time, doing your own thing. I think of a big field, being free, being open.” 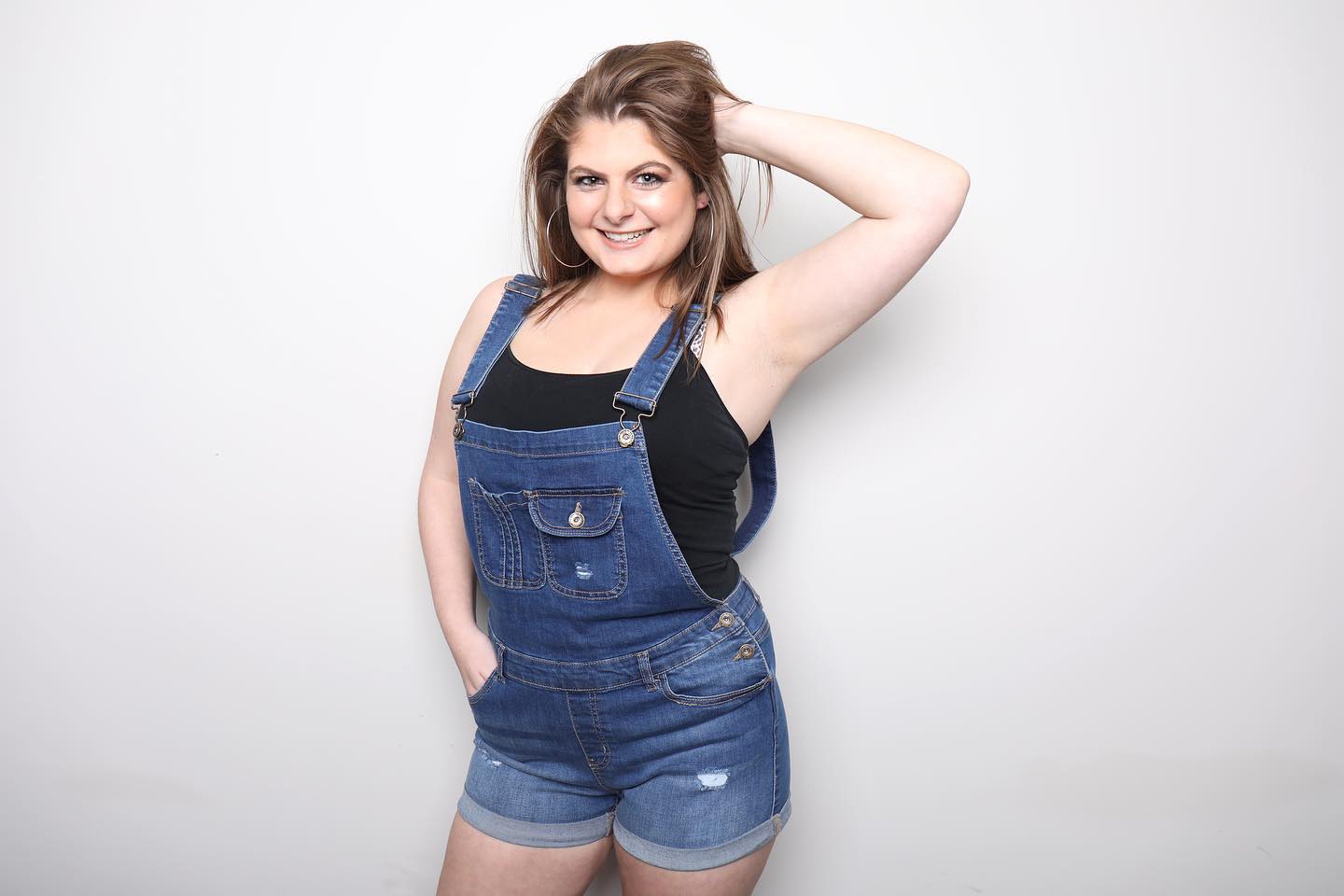 Lyssa Coulter can be found: