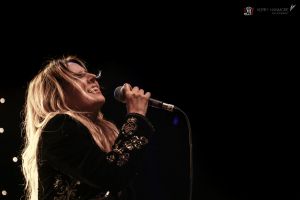 One of the UK’s finest exports was welcomed back with open arms as she took to the Satellite stage in the main arena. As the lights shifted to the stage her and her band rolled into the title track of her new album ‘Letters To Ghosts’. The song has such a catchy chorus and despite her new music not being hugely known to the UK audience yet as I looked around I could see a few people singing along to every word!

If I was stronger, you would be holding me close.

As the song ended Silvas took the chance to address the audience and after saying a hello to the packed arena and let us all know that she was suffering with a bad throat, you wouldn’t have known as her and her band played another track off the album ‘For The Record’ followed by an incredible cover of Jackson 5’s ‘Who’s Lovin’ You’. Lucie is so petite and to hear such a powerful soulful voice coming out of that is pretty cool! She is a true talent and whilst it may have been a while since she was making a name for herself here on the UK charts I see big things for her and this direction she is heading in. She would have certainly made herself a lot more fans over the course of the C2C weekend so keep an eye out for any future UK tour dates I am sure they must be on the cards! 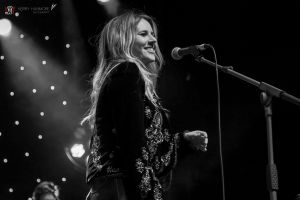 Sammy Arriaga Talks “Meet in the Middle” EP and More