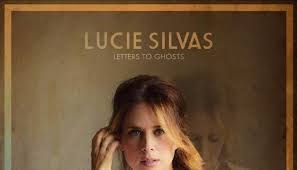 After a decade away, Lucie Silvas made her return to the UK music scene, playing a string of dates across the country. With her first major label release since 2006, ‘Letters To Ghosts’ marks a new chapter in her career. After spending the past five years living in Tennessee, she’s back with a Nashville inspired twang, that blends perfectly with her pop roots that her loyal fans will be familiar with.

Lucie took to the stage and it was clear from the start that she was thrilled to be there, something which was echoed by the audience. The room was packed out with people of all ages, the majority I suspect followed her career in the early days.

Commencing the show with ‘How To Lose It All’ and following on with ‘Unbreakable Us’, Silvas took a moment afterwards (whilst taking a seat at the piano) to introduce ‘Smoke’. It was written with the fantastic Maren Morris, and she describes it as one of her favourite songs to perform. With a catchy melody that transported me back to her pop career, I’m certain this one will become a firm favourite with fans. Staying at the piano the hauntingly beautiful ‘Villain’ followed, it’s my highlight of the album and it sounds even better in a live setting.

There were a few surprises thrown in throughout, including two covers ‘That’s Alright Mama’ (a classic Elvis song) and Roy Orbison’s ‘You Got It’, it was so lovely hearing the room sing along with every word, especially on the latar track. And even when it came to old favourites such as ‘Breathe In’ and ‘What You’re Made Of’, the song that started Lucie’s career, the audience knew what they had to do, and they did it with such enthusiasm. Making up for the lack of participation that sometimes came across, especially when the new material was being played.

A real highlight was title track ‘Letters To Ghosts’, with a roosty, uptempo feel, Lucie explained it was the track that brought her back to the UK, and stated she’d get it played on the radio if it kills her. It was an emotional end to the show as Lucie recalled getting a request for ‘Forget Me Not’ on Twitter that afternoon. It was from an audience member who’d lost their daughter. After explaining the song now tears her to pieces after co-writer Howard New passed away, she opted to sing the tearjerker ‘Pull The Stars Down’ instead, dedicating it to them, moving the O2 Institute to tears.

Thanking the crowd as her and the band left the stage you could tell she was in awe of the warm reception she’d received. She also stated she’ll be back here soon. With her exceptional stage presence and flawless vocals, many fans, including myself are hoping there isn’t too long to wait.