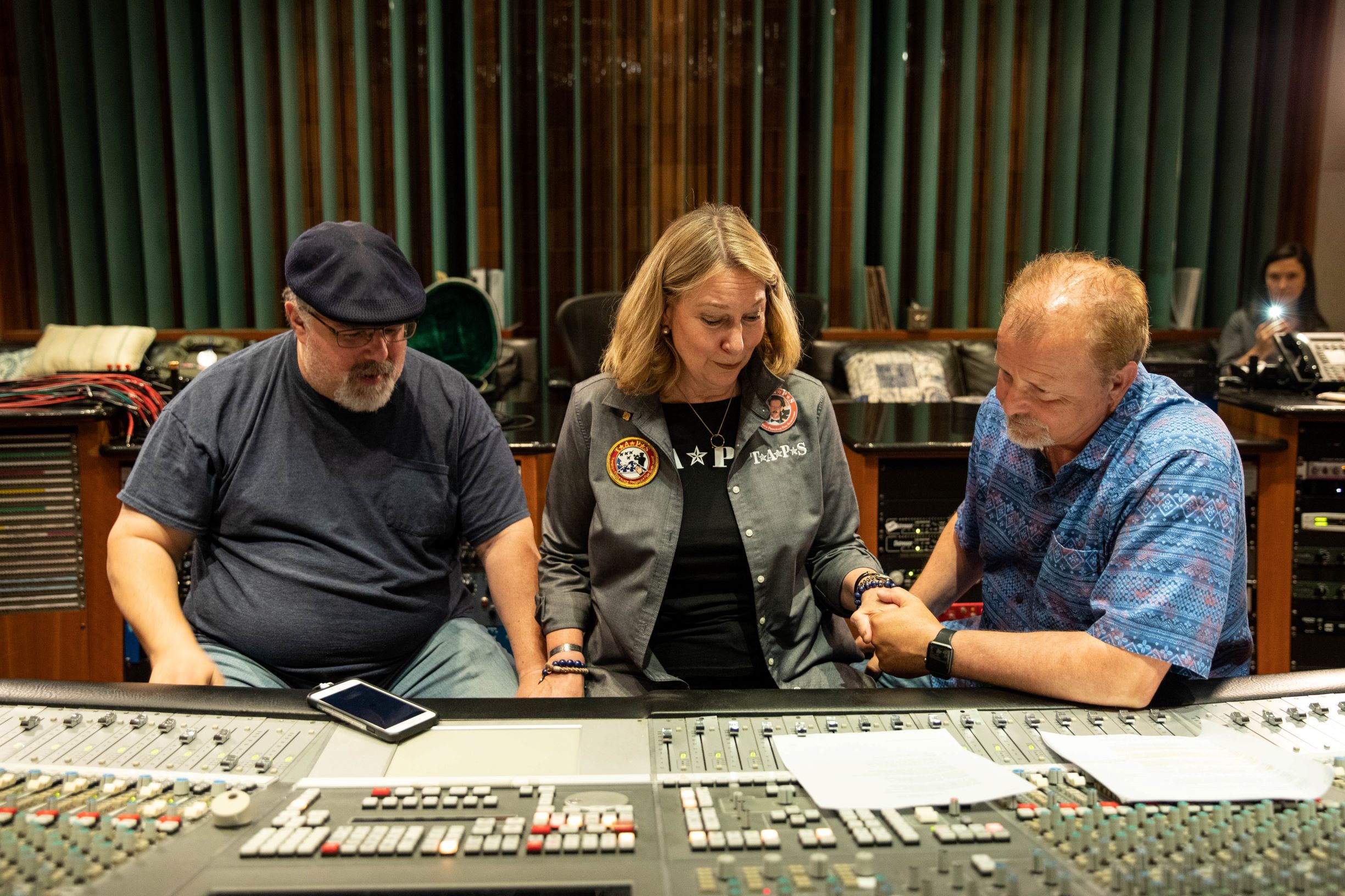 The Listening Room in Nashville was bursting with love this Presidents’ Day, and with good reason.  A very special album, entitled Love Lives On, is set to release this Memorial Day weekend, with its first single, the title track, “Love Lives On”, releasing Friday, March 20, 2020.  The presale event begins on Friday, February 21, 2020.  An event was held to preview the songs to the media and to enlighten them as to why the album was recorded and what went into the process.

A 501(c)3 not-for-profit organization and record label based in Memphis, Tennessee, Roots & American Music Society (RAMS) got together with the Tragedy Assistance Program for Survivors (TAPS) to help bring Love Lives On to fruition.  As a team effort, RAMS and TAPS were able to bring military families who have lost a loved one, together with some of the music industry’s best songwriters.   The writers were able to craft beautiful, meaningful stories set to music, based on thoughts and memories the families shared with them.  The process gave family members a chance to actually “become songwriters” and create something lasting to honor someone they love and miss.

The emotions ran high as song after song was presented.  Some were played solely via lyric video, while others were performed to a track by the artist who recorded the song for the album.   Details of each fallen family member were shared before the song written for them was played, and emotions ran high.  The title track, “Love Lives On”, which was co-written by TAPS Founder and President, Bonnie Carroll, Richie McDonald (Lonestar) and producers Frank Myers (Richie McDonald/Kenny Loggins/Michael Burrows/Eddy Raven/Andy Griggs) and Jimmy Nichols (Reba/Faith Hill/Andy Griggs/Mindy McCready) kicked everything off.  Bonnie Carroll is the surviving spouse of Brigadier General Tom Carroll, USA, and after hearing her tell her own story of losing her husband,  it was heart wrenching to listen to the song written for him, yet at the same time, it was incredibly stunning.   “Love Lives On” was recorded by Lonestar, Vince Gill & Friends and will be available to the public Friday, March 20th on all major digital retail and streaming outlets (Amazon/iTunes/Pandora/Spotify/Tidal). 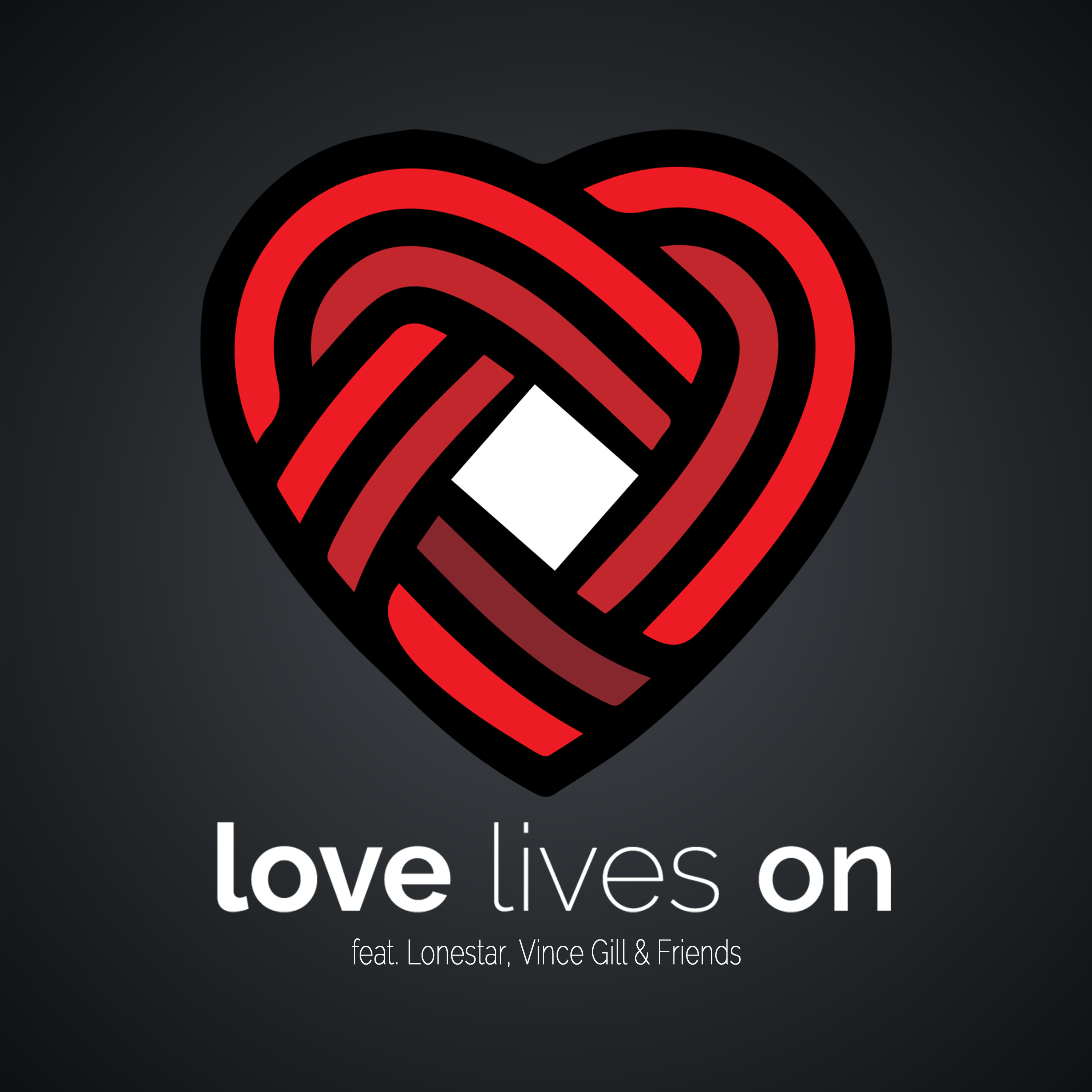 While every single song on the record is awe-inspiring and likely some of the most important music you’ll find this year, there were two that were especially moving and brought many in the room to tears.  “K-9 Brother”, co-written by Tammie and Jordan Tyler Ashley, surviving mother and brother of Sergeant Joshua Ryan Ashley, USMC, Greg Friia and Wood Newton, is a song about a Marine who lost his life and his faithful “brother” out on the front lines, who happened to be a dog.  Sergeant Ashley’s dog is left behind to grieve the loss of his “brother”.  This song was recorded by country artist Andy Griggs.  When Griggs sang it at The Listening Room, he took his phone up on stage, insisting that he knew the lyrics by heart, but “just in case” he became overcome with emotion and forgot a word or two, he’d have the lyrics right in front of him.  After hearing the song, it wasn’t hard to understand how a person could become overwhelmed by singing those words.  This is one of the most heartbreaking songs I’ve ever heard.  Period.  It’s also perfectly suited for Griggs.  Just wait until you hear it.

“Joshua 1:9” was written by James and Donna Islam, surviving parents of Private First Class Joshua Islam, USMC, Phil O’Donnell and Buddy Owens.  It is appropriately titled, using a clever play on words with the combination of a bible verse and PFC Islam’s first name, and it’s lyrically poignant.  What makes this track most striking however, was the correct decision to have artist Dave Fenley record it.  Fenley delivers the precise amount of raw emotion while maintaining a respectful level of sensitivity, all with his signature power vocals hitting the target on every note.   Another reason to get in on the presale event beginning February 21st.

The listening party ended with all of the surviving family members taking the stage.  Since 1994, TAPS has offered support to more than 90,000 survivors of fallen military.  The survivors who participated in this project were selected because of their demonstrated perseverance to post-traumatic growth and healing following the death of a military family member.  Record proceeds to benefit TAPS. 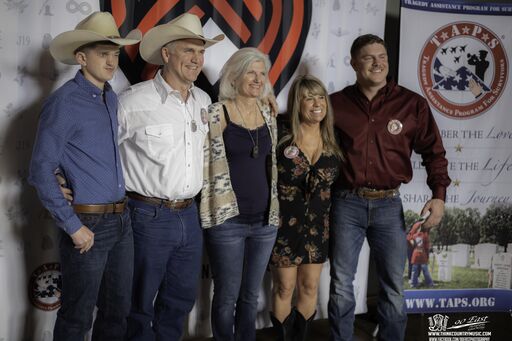 TC in Conversation with the Secret Sisters