Lockeland (Michael Boris, Kyndon Oakes and Mark Vikingstad) the on the rise Country music trio with impeccable harmonies have announced the release of “Made For Mornings,” an upbeat tune with passion and emotion that promises to get stuck in your head. The new music, written by Renn Anderson, Kyndon Oakes, Mark Vikingstad and Michael Boris Premiered during a live performance on The Boot and can be viewed here and featured in a worldwide premiere in Maverick Magazine. The new tune was delivered to radio today via MPE and will be promoted by the Grass Roots team. The song is available for streaming and downloads on all major digital music platforms here.

“… I used to be
A late night
Party type
Sippin’ on the highlife
Get in at 5AM
Sleepin’ ‘til it’s night again and
You you you showed up without warning, yeah
You you got me thinking I was
Made For Mornings …”

“The inspiration for our new single, came out of a place where mornings start for many people, Starbucks. The “Made For Mornings” title was on a poster advertising a breakfast sandwich, to which we saw that and said, “that’s a song,” shared Lockeland. “The three of us along with Renn Anderson, sat down and began to write the story of a night life partier, who without warning, stumbles upon a love that is deep and genuine. The shallowness of his party lifestyle fades away as he finds a sense of renewal in the warmth of a coffee cup with her, instead of cocktails at the bar. We hope that our fans feel the passion, emotion and energy of this song just as much as we do.”

As a trio, the individual talents of Lockeland compliment each other instinctively resulting in a well polished, three-part harmony sound. Since the launch of the trio’s debut single, “Til The Cows Come Home” which landed in the top 40 on MusicRow’s Country Breakout Chart, Lockeland was selected as a regular full band stage act on the world famous Wildhorse Saloon stage in Nashville, appeared on the CMA Spotlight Stage (CMA Fest 2019) and opened for Big & Rich on two separate occasions in 2019. The group embarked on an international tour (canvassing England and Scotland) where the trio provided direct support for CAM at Millport Country Festival and shared the stage at the Long Road Festival with Kip Moore, Josh Turner, LANCO and more. 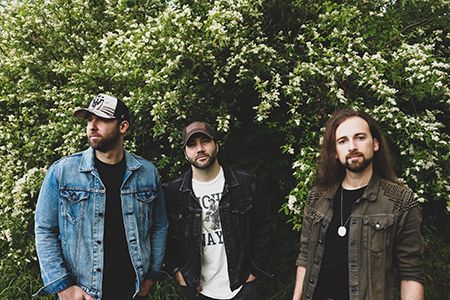 JILLIAN JACQUELINE OFFERS A TESTAMENT TO THE HUMAN SPIRIT IN R...