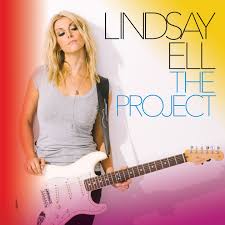 Lindsay Ell made her Grand Ole Opry debut on April 15, 2014, which for all intents and purposes solidly put her in the Country Music genre, but nobody ever said that country couldn’t incorporate a little rock, a little pop or a little blues, and Ell throws all these into her debut album, “The Project”.  Traditional country fans will likely turn their noses up against the barriers she has broken down and they can argue amongst themselves all they want, that’s about as far as it will go.  The fans have spoken.  The album is sitting on the top of the heap right now.  Number one on the Nielsen Soundscan Current Country Album Chart, this was an album people were waiting for and they grabbed it up in droves.

I downloaded the album first, then sought out a hard copy of the CD, and those numbers weren’t lying.  I found exactly THREE hard copies at three Target stores in the greater Nashville area online.  I quickly reserved the last one at the Mount Juliet store.  Downloading music is convenient, but nothing can replace the plethora of information one can gain from liner notes.  Not that it means much, but I hope someone at Stoney Creek cares that I bought the album twice.  JUST kidding, but I really did.

A little useless trivia to begin with.  Lindsay Ell was born March 20, 1989.  I was pregnant with my daughter at that time, who was born in June of that year.  So, I can actually imagine Lindsay from her very beginnings.  I feel a little closer to this situation knowing her exact age and I can appreciate how much she has accomplished, in what I consider to be a relatively short life as I compare it to my own child’s.  She was born and raised in Calgary, Alberta, Canada.  A far cry from Nashville, Tennessee, but when her father had a collection of guitars in the house, the distance shrank considerably.

Ell is a seasoned guitarist.  If you’ve ever seen her play live, you know this.  If you have not, all you need to do is pull up a YouTube video and you’ll understand.  She can put just about any of the big dogs in the guitar world up against the wall.  She plays on the album which is a testament to her skill.  She plays both electric guitar and synth bass. 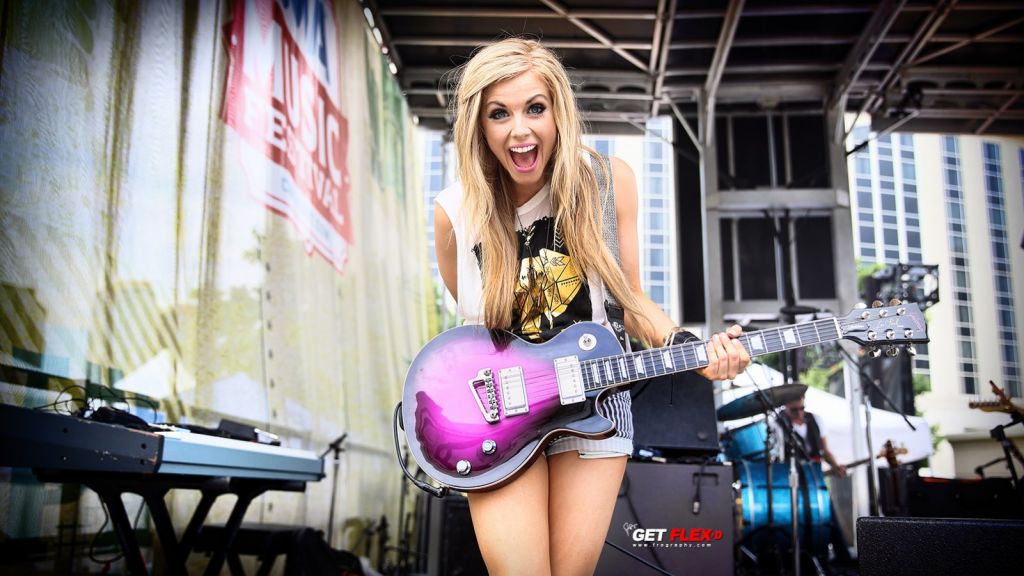 “The Project” was produced by Kristian Bush.  Bush, well known for his work as a solo country artist and as one half of the duo Sugarland, wore many hats this time around.  He co-wrote a song and played both electric and acoustic guitars and Moog on the album.

I listened to the entire album several times and came up with a list for a few that I thought deserved to be highlighted.

The first single from the album, this is your typical light, breezy song about a new romance.  The girl is simply on the edge of her seat waiting to see her new boyfriend again.  “Like the dry ground waiting for the rain to fall down”, yes, that eager.  You kind of get the idea.  That type of theme runs throughout the song.  Of note here is co-writer Adam Hambrick.  Hambrick and Kelly Archer just scored a number one with “Somebody Else Will”, recorded by Justin Moore.

Let me try (and bear with me, as I’m not very good at this) and set a visual for you.  Imagine Lindsay Ell in a long, designer gown. Let’s make it off white, beaded, with a long slit up the side. Diamond necklace, the kind you rent for about 50 grand.  Sky high Jimmy Choos.  Climbing out of the back of a black stretch limo in front of some super stoked VIP event. Now slinking along a red carpet as every eye behind the fan barriers in pasted on her and every camera flash is dedicated to her.  Got that?  Good.  Now imagine Ell digging deep for her sultry side and putting that to vocals.  THIS is “Champagne”.  It’s the female answer to Eric Paslay’s “High Class”.  It’s slower, it’s sexier and it even smolders a little.  This song grabbed me by the neck right away.  Kudos to the writers, one of which is Walker Hayes, who is currently enjoying radio success with his hit “You Broke Up With Me”.

Always trying to keep up with The Joneses? This song is for you!  Probably true for most of us.  “Even if we had a house up on a hill I bet we’d want a castle”.  I think this song has it all.  It’s just a flat out great song, musically and sometimes we all need to hear the truth about ourselves, and somehow, hearing it lyrically softens the blow a bit.  We should all just slow down and learn to be happier with what we have.  Abbey Cone should be congratulated for getting her first cut as a songwriter in Nashville.  Josh Kerr, was a 2016 Music Row Awards Nominee for Breakthrough Songwriter of the Year and also a co-writer on the Kelsea Ballerini songs, “Love Me Like You Mean It” and “Dibs”, both of which were Gold Certified Number One Hits.

In the aftermath of a breakup, every sound you hear becomes white noise, and there’s a lot of truth to that.  This number talks about that very subject.  Co-written by country star Kelsea Ballerini, Josh Kerr and songwriter extraordinaire, Ross Copperman, this is one of only a few that Ell didn’t have a writing credit on.  When the only thing you really want to hear is someone’s voice and you can’t, everything else is just noise. White noise.

Without question, my favorite track. Loved it from the very first note.  Space is what’s left between us when we decide to separate from someone, whether it’s temporary or permanent.  In the case of this song, it seems it might be a trial separation and the subject (Ell) is struggling with it.  “I hate this space” says it all.  The song has an ethereal feel.  Is it a coincidence that this song was co-written by three females?  I think not.  The very essence of it screams “female side” of a breakup.  I adore it.  With earphones.  In the dark.  Will it ever be a single? Probably not.  Do I wish it could be?  You bet.  Instead, I’ll just tell you it’s the best kept secret on the album and now, I’ve shared it with you.  Pay it forward.

Those who know me are going to say I’m being biased here.  They know I’m a huge Travis Meadows fan and I’m picking this one because he co-wrote this song.  They’re wrong.  To be fair to my readers, I had no idea he had anything to do with this song prior to buying the hard copy of the album.  I purchased the download on release day, with no songwriter information.  I purchased the hard copy yesterday (August 22) and was amazed (but not shocked) to learn Meadows had a hand in this song.  I say, “not shocked” because once I saw his name credited, I just nodded my head.  This song has “Travisisms” threaded throughout.  He’s brilliant (there’s my bias coming at you) and his style is quite distinct.  Once you know, you can’t miss it.  In most reviews, I like to leave a little bit for the readers to decide for themselves.  This would be the one.  This track isn’t full of bells and whistles.  It isn’t high energy pop.  It isn’t twangy country.  It isn’t screaming blues.  It is whatever you want to call it.  I call it beautiful.  She calls it “Worth the Wait”.  I do too.

In the end “The Project” is just that.  A project that gathered up some of the best in the industry and allowed Ell to create exactly what she needed to.  It’s obvious success right out of the gate proves her hard work leading up to now has been recognized and people were anticipating it.  Whether it stands the test of time remains to be seen, but for now, she and the album are riding a pretty intense wave and I think the high is well deserved.

Lindsay Ell is currently touring.  Check her schedule for dates and ticket information at lindsayell.com