Described as “a very fine addition to the UK’s burgeoning Americana scene” by Folking.com, fast-rising London based O&O’s new single ‘Dancing On The Floor’ (listen here) launches listeners headfirst into a new side of the Israeli-American duo’s sound. 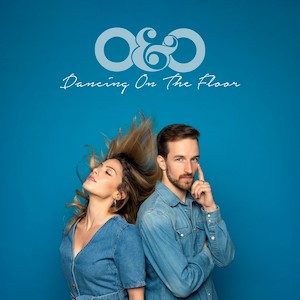 Having spent the last two years building a reputation for acoustic-led songs with intricate “harmonies for days” (Baylen Leonard, The Bluegrass Situation) expertly replicated in a live setting, the opening seconds of new music kick off with a distorted, bluesy guitar riff and approach regret in the way that only a Southern-leaning rock song can, managing to reference both religion and liquor in the first few lines: “Next time I’ll be wiser, Hand on the bible, Swear I’ll behave. Flyin’, lift em up higher, Johnnie-Walking the wire, And I’m falling off the rails.”

The track premiered exclusively during an on-air interview on Country Hits Radio on Sunday (16th Feb), before Orian and Obadiah visited BBC Radio London the same afternoon to perform a live acoustic rendition on Gaby Roslin’s show (listen again here). The duo, who are currently on tour across the UK, also announced a full band headline show at legendary London venue the Spice Of Life on April 24th 2020, with support from Demi Marriner & Robbie Cavanagh – limited tickets on-sale now.

O&O describe ‘Dancing On The Floor’ as “the other kind of drinking song. The track further explores our rockier side, which we have previously dabbled with on ‘Truth Comes Out’. For this song, we delved into the world of vices to question why we humans are often drawn to do exactly what we shouldn’t. The opening guitar riff, which sprang to hand almost fully formed, was the inspiration and driving force of the track. Recorded at our favourite studio, The Cabin (Liverpool), we had free reign to crank up the distortion controls.

We can’t wait to get on the road and play some new songs for some new folks and look forward to bringing these records to life for our full-band show in London!”

With well over a million views on their official Youtube channel, the recent launch of a new series featuring collaborations with other emerging artists was given the nod of approval from James Taylor himself, who shared their cover of ‘Sweet Baby James’ (with singer/songwriter Joe Martin) on his social media channels last month.